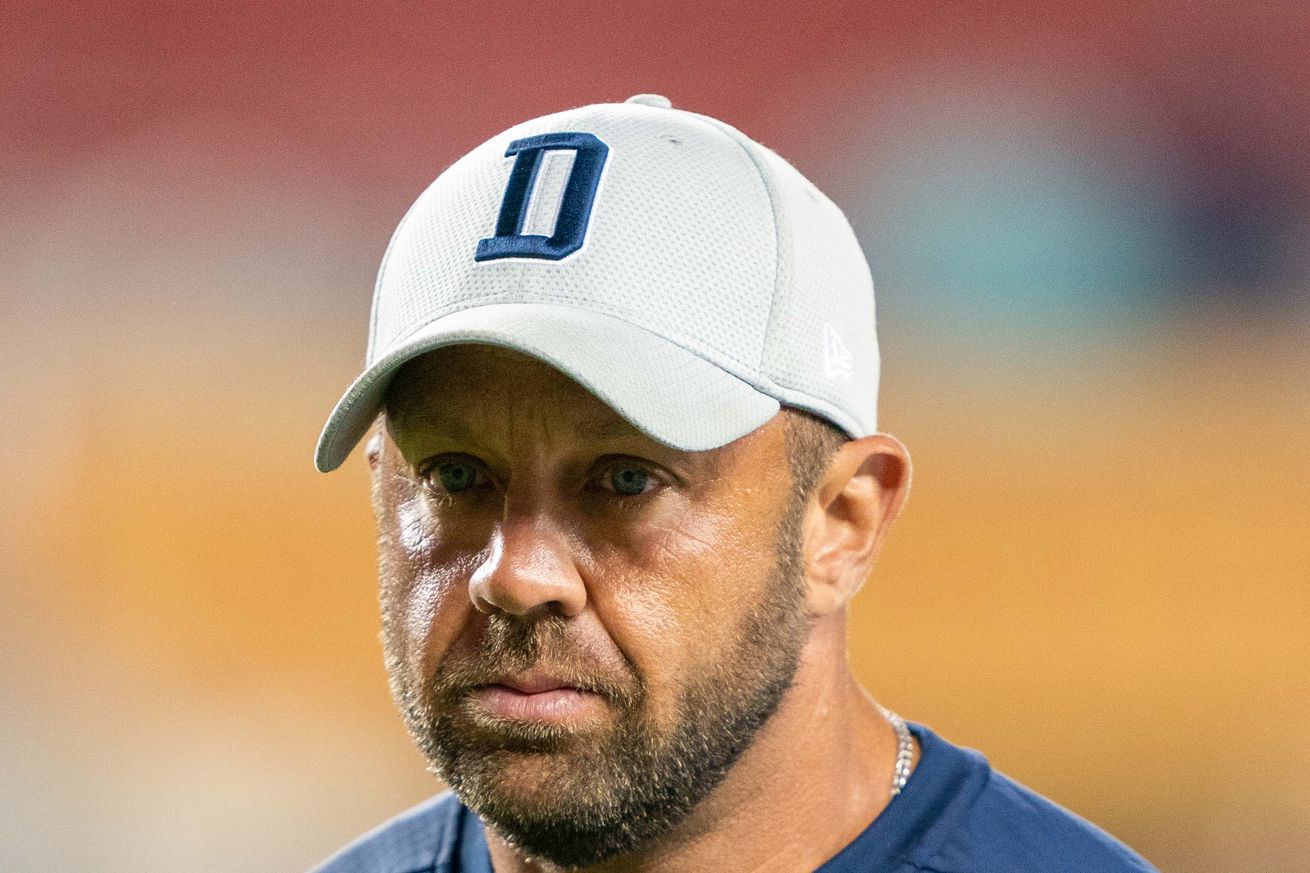 Looks like no hard feelings between the Cowboys and O’Quinn.

The Cowboys special teams were bad in 2019, not just sorta bad, but devastatingly bad. It’s a fair assumption that the Cowboys lost at least a couple of games based on the performance of that unit. It wasn’t just the Brett Maher situation either. At least that was taken care of towards the end of the season when Kai Forbath came on and didn’t miss a kick. Some of the problem was field position and hidden yardage, and as we learned earlier today, punter Chris Jones was dealing with injury issues.

Punter Chris Jones had the worst statistical season of his career, although health was a factor. He dealt with not only a back issue but played through a sports hernia, sources said.

Prolonged rest, not surgery, was prescribed for Jones to begin this offseason.

Between the back injury and sports hernia, he wasn’t healthy for most of the season, and a case can be made he should’ve been placed on injured reserve. Jones pushed through pain to average 41.6 gross yards and a 37.0 net average per attempt. Both marks were the NFL’s lowest. By comparison, he averaged 44.9 and 40.5 yards, respectively, from 2011 to 2018.

Given all that went wrong on special teams for the Cowboys, it’s no wonder they didn’t bring back special teams coordinator Keith O’Quinn for the 2020 season. Instead, they went out and got one of the best in John Fassel. His job will be to rebuild that unit into something that helps the team instead of hinders it.

But the Cowboys thought enough of O’Quinn to hire him back to the organization in a new role as director of advanced scouting. O’Quinn started off as a personnel guy before transitioning into coaching.

After a decade coaching, Keith O’Quinn has returned to the Cowboys’ personnel department.

O’Quinn recently was hired as director of advance scouting, a source said. The former special teams coordinator will apply his cross-over experience as both a scout and coach to study upcoming opponents and help prepare game plans for Mike McCarthy and his new coaching staff.

O’Quinn worked as a Cowboys pro scout from 2006 to 2008. After a year as the Cleveland Browns’ director of pro personnel, he returned to Dallas as an offensive quality control coach, beginning a gradual ascent up the coaching ladder.

O’Quinn has a long history with the Cowboys and has been a quality control coach, an assistant receivers coach, and an assistant special teams coach before taking over the unit when Rich Bisaccia left for the Raiders in the offseason before the 2018 season.

Being hired back shows just how much respect O’Quinn had built up among the front office of the Cowboys. Even after a pretty disastrous stint in 2019 with the special teams, he’s back to assist the Cowboys in a new role.