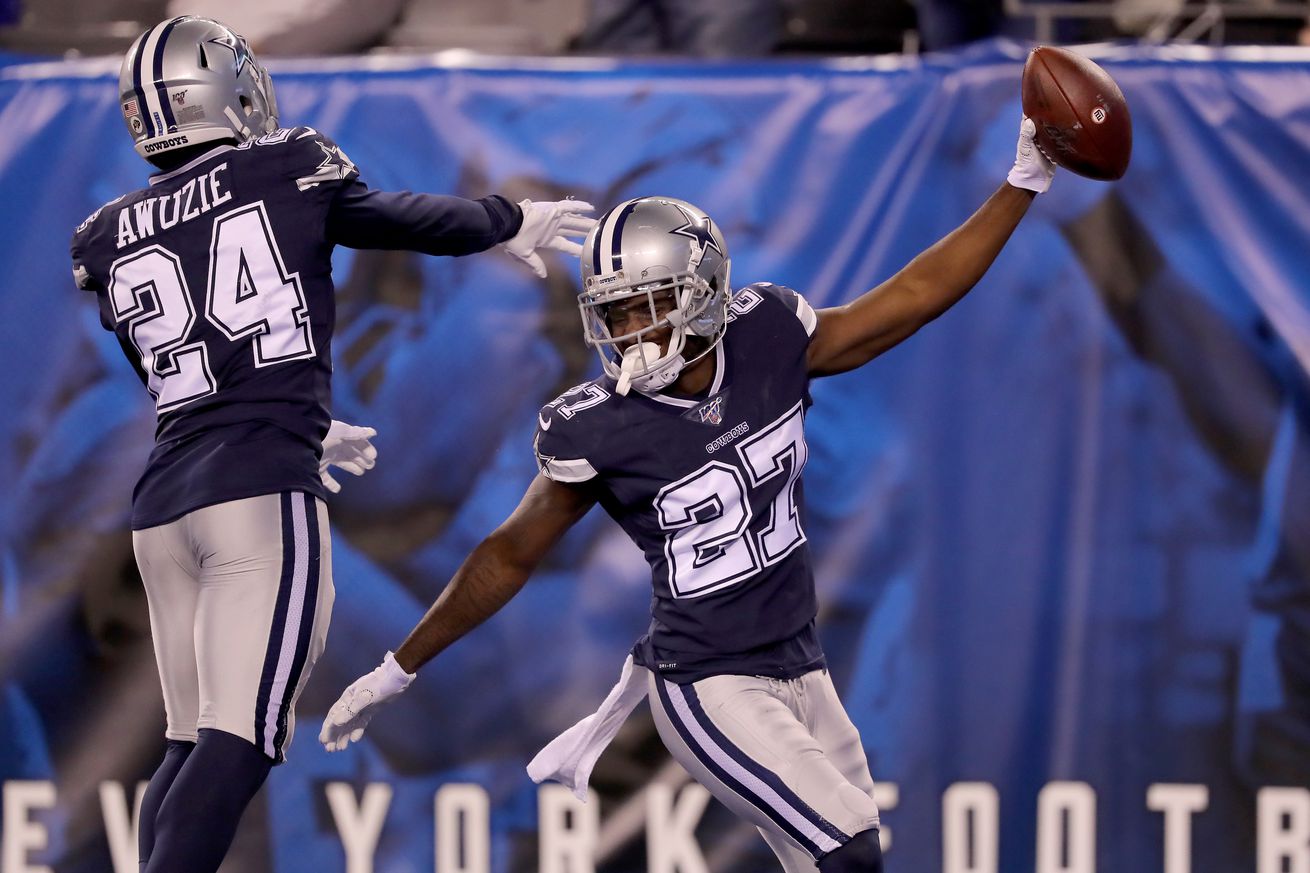 As free agency continues to draw itself closer and closer the likelihood of the Dallas Cowboys keeping Byron Jones, as low as it was when the offseason began, continues to diminish. The path to Jones seemingly inevitable departure began long ago as our own Dave Halprin recently detailed, and it’s important to note that the effects of it will be felt long past this particular offseason.

Jones has been – without question – the best player in the Cowboys secondary for just about the entire time that he’s been on the team. If he is gone, the group drops in average and what’s more is they will all need new deals in just a year.

If you rewound the clock three years you would be living in an offseason where the Dallas Cowboys were looking to get back to top form after being bounced in the playoffs by Mike McCarthy’s team. Ironic, isn’t it?

Part of the reality to the 2017 offseason was that the Cowboys lost what was literally their entire starting secondary. Brandon Carr, who many thought might retire, found a new home with the Baltimore Ravens (where he’s been very good), Morris Claiborne landed with the New York Jets (he eventually made his way to the Kansas City Chiefs and is now a Super Bowl Champion), JJ Wilcox wound up with the Tampa Bay Buccaneers before they traded him to the Pittsburgh Steelers, and Barry Church joined the Jacksonville Jaguars (whom he asserted had more talent than his former team) and now actually works for the mothership. Time flies.

In an effort to replace their entire starting secondary the Cowboys did just that. They spent two of their first three draft picks on the position group with Chidobe Awuzie (second round) and Jourdan Lewis (third) before eventually trading up to get Xavier Woods (sixth). They’ve all had high moments with the team, Chido a few less than the other two, and they’ve all gotten starting reps. That’s a pretty solid haul in some respects.

The NFL’s current Collective Bargaining Agreement (a new one could be on the horizon) outlines that drafted players have four-year contracts. This means that Awuzie, Lewis, and Woods all began four-year deals in 2017.

Calculating the necessary math tells you that 2020 is the fourth and final season for those players and that, as soon as the 2020 season is over, the Cowboys will need to either negotiate new deals with whoever they want to keep or replace them, such is life in the NFL. We are talking about another potential offseason just four years later where the Cowboys could find themselves in a similar boat that they were in 2017. That would not be ideal.

To be clear it’s not like Awuzie, Lewis, and/or Woods have played exceptionally to this point in their careers and it’s also possible that the Cowboys even extend one, two, or all of them between now and next offseason. The point we’re trying to highlight is that there is a stark situation staring the Cowboys right in the face a year from now and if they don’t properly prepare for it they’re going to be in a similar boat that they currently find themselves in with Byron Jones.

Adding secondary help in 2020 will go a long way

It’s very possible that the Cowboys spend their first-round pick on a secondary player, every other mock has them taking LSU’s Grant Delpit or Alabama’s Xavier McKinney after all.

That would only be 25% of a starting secondary though and, assuming both Byron Jones and Anthony Brown are playing elsewhere in 2020, there is one possibility that the Cowboys are looking to replace – either by new players or re-signing their own – 75% of their starting secondary next offseason.

Part of what would ease the transition into a new secondary group next offseason would be if the Cowboys had an All-Pro type cornerback on their roster like Byron Jones. If only they were able to keep him somehow, some way, this current offseason.

It is going to be difficult enough for the Cowboys to solve all of their problems in the offseason that they currently find themselves in, but the reality here is that to be successful in the NFL you have to constantly be forward-thinking and ready for multiple years at any given moment.

Do you think the Cowboys are already ready for next offseason with regards to their secondary situation?