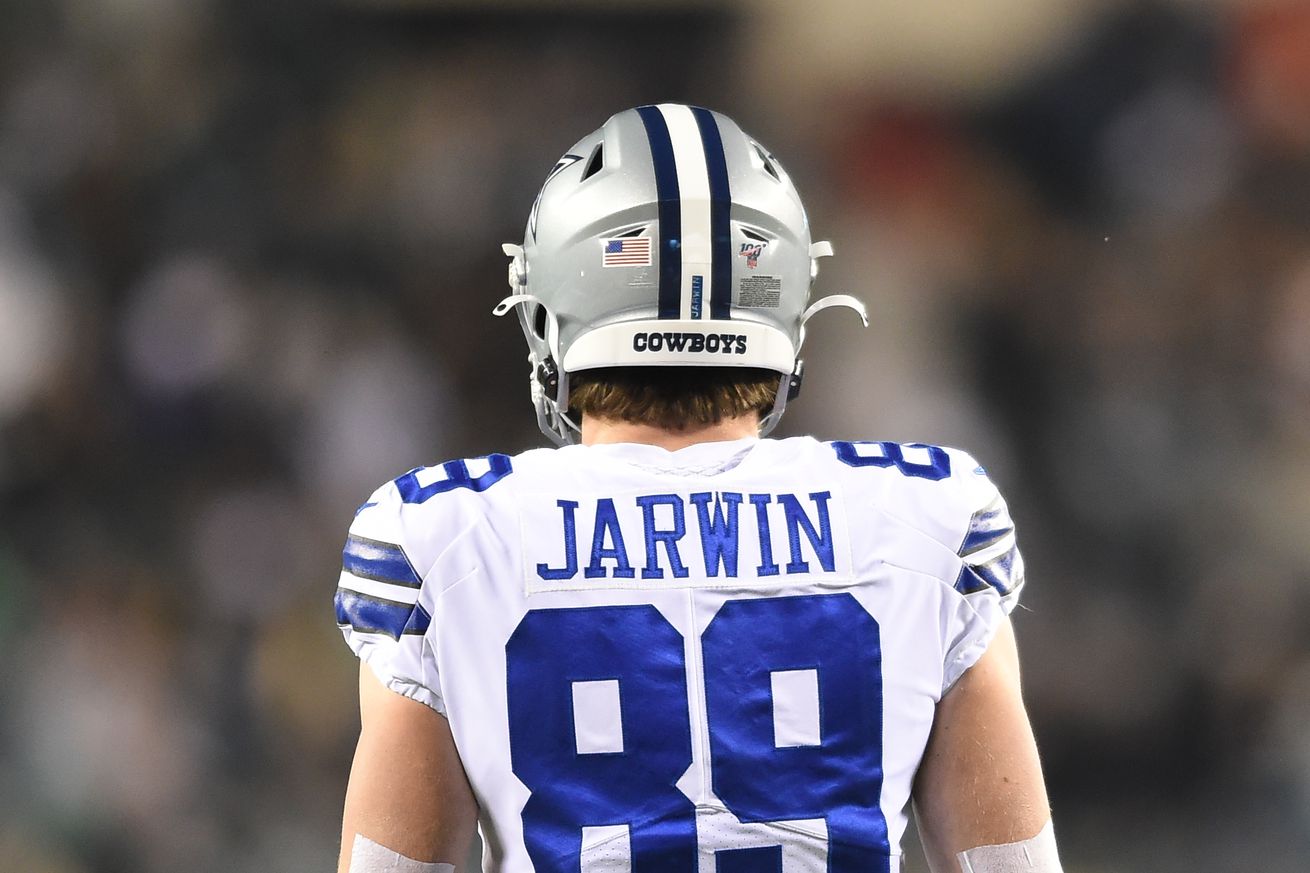 Free agent news for the Cowboys.

One of the more interesting storylines going on with the Dallas Cowboys these days is concerning the future of the tight end position. It’s hard to know exactly what is going to come of it.

Jason Witten has been the team’s starter here forever, save for the obvious year off, and just last week spoke about how he wants to return to the team but is open to the idea of playing elsewhere. Time stops for no one and with the NFL Combine happening this week in Indianapolis, the Cowboys could be preparing themselves for life without Gold Jacket Witt (permanently obviously).

Dallas has options at tight end in Blake Jarwin and Dalton Schultz, but they would still likely need to add someone in a Witten-less world. It seems as if the team is preparing for all of those scenarios which is something that you like to see.

There are plenty of free agents that the Cowboys are going to have to work to keep inside of their own building (Dak Prescott, Amari Cooper, and Byron Jones are just a few that nobody has really talked about) but there is another – Blake Jarwin.

The good thing about Jarwin’s free agency is that he is technically a restricted free agent. This means that it is going to be very difficult if not impossible for the Cowboys to lose him. Restricted Free Agency explained:

Teams have four different tender options they can place on their restricted free agent that usually keeps those players from leaving.

First-round tender: Free agent can negotiate with other teams, but original team has option to match any deal and will receive a first-round selection if it opts not to match the deal.

Second-round tender: Free agent can negotiate with other teams, but original team has option to match any deal and will receive a second-round selection if it opts not to match the deal.

Original-round tender: Free agent can negotiate with other teams, but original team has option to match any deal and will receive a selection equal to the round the player was originally selected in if it opts not to match the deal.

Right of first refusal: Free agent can negotiate with other teams, but original team has option to match any deal. The team will not receive any compensation if it opts not to match another deal.

As it will obviously be very difficult for the Cowboys to lose Jarwin, it is still not technically impossible. This means that the group is going to have to get to work. According to NFL Network’s Jane Slater, that’s exactly what they are going to do this week in Indianapolis.

With Jason Witten’s future with the #Cowboys in question, Dallas has already spoken with several tight end prospects in Indianapolis per a source informed.

Dallas is also expected to begin talks this week in Indy on restricted free agent Blake Jarwin’s return to the team.

Slater also notes that the Cowboys are speaking to tight end prospects at the NFL Combine. When you combine both the news that they are looking at the rookie class with them working on returning Blake Jarwin, one would seem to think that Jason Witten’s time with the team could really be over.