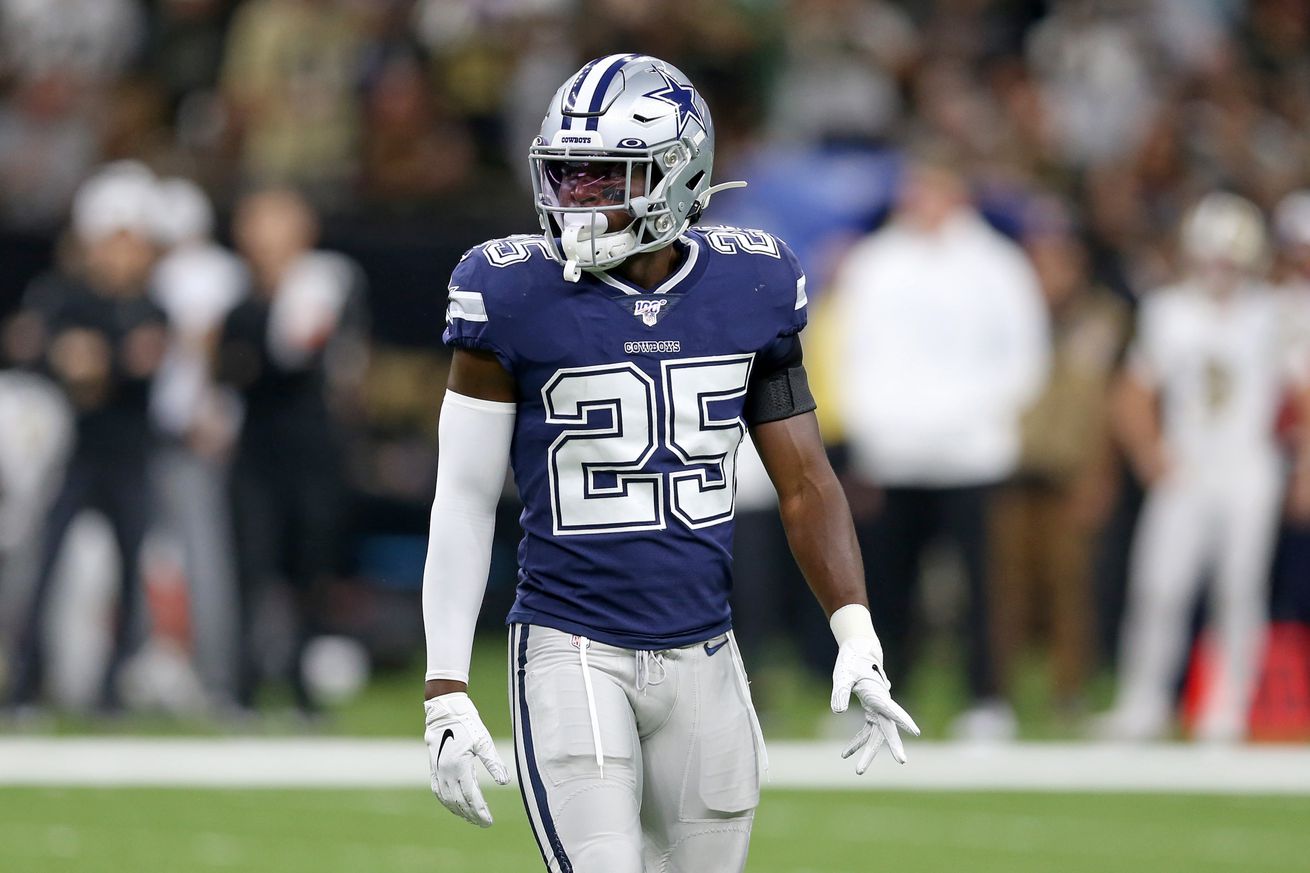 Contract talks never end for the Cowboys, or any NFL team.

We are in the 2020 offseason which means that the 2017 NFL Draft was three years ago. That is some pretty simple math. Per the Collective Bargaining Agreement (the current one, obviously the new hypothetical one isn’t in existence yet), contracts that NFL players sign when they are drafted are four four years. After their third year of service in the league they are eligible for contract extensions which means that all of the players that the Cowboys drafted in 2017 can sign deals if they and the Cowboys come to agreeable terms.

Three years in, the 2017 Dallas Cowboys draft class isn’t exactly one that ranks among the greatest in team history. There are legitimate role players and that is certainly nice, and any time you can find multiple starters it is technically a win.

Chidobe Awuzie and Jourdan Lewis are going to be the top two cornerbacks on the Cowboys if and when Byron Jones ultimately departs in free agency. Aside from that, this list features someone that the Cowboys traded entering their second season (Ryan Switzer) and released at the beginning of their third (Taco Charlton). There is also someone that many people still have a lot of hope for in Noah Brown. And then there is Xavier Woods.

It’s not like Xavier Woods is the only starter for the Cowboys from this class, and none of this is being said with disrespect to anyone else, but he is without question the best asset that the Cowboys pulled from the draft three years ago. Woods has been a fine starter for the Cowboys and shown flashes of an elite player so there are likely many that will want to see him re-sign with the team.

As mentioned Xavier is now among those eligible for a contract extension with the Cowboys. Obviously when teams and players dance over contractual terms they do so with representatives and agents and something important has happened in that department. Xavier Woods is now being represented by David Mulugheta.

Big news from the agent world with a very direct impact on the Cowboys: Safety Xavier Woods has switched representation to @DavidMulugheta from Athletes First.

Mulugheta is a power player in NFL negotiations in general, but he wields special influence in the safety market.

The 2018 offseason was the “will anyone pay a safety ever again?” market.

Mulugheta emphatically killed that talk in 2019. He’s negotiated $119 million in guarantees for four of his safeties in the last 12 months, placing three of them in the five highest paid at the position.

Mulugheta represents most of the NFL’s current top safeties, a list that includes Earl Thomas incidentally. The irony there is obvious given that the Cowboys were so heavily tied to Thomas over each of the last two offseasons and that his presence would have drastically impacted Wood’s in the Cowboys secondary.

As things currently stand, the state of the 2021 Dallas Cowboys secondary is unknown. Much will happen between now and then obviously, but as you have likely realized all of the players drafted in 2017 are entering the final year of their rookie contracts. The Cowboys are going to either have to do some deals or find almost an entirely new secondary next offseason (which is what they literally did when they drafted this group after seeing Morris Claiborne, Brandon Carr, Barry Church, and J.J. Wilcox all depart simultaneously).

Dallas is certainly not without items on their to-do list in the re-signing department this offseason, but they would be wise to consider getting Xavier done sooner rather than later. The last thing that they need from a financial standpoint is to see Woods take the step that many believe he is capable of while the safety is playing in a contract year. That would be awfully expensive.

It seems more likely than not that the Cowboys will draft either a safety or cornerback at some point during this year’s draft (probably even both). If they do ultimately lose say Chidobe Awuzie and Jourdan Lewis then they will enter 2021 with whatever combination of round selections at those positions, and it would be nice to have a veteran like Xavier Woods to lead the group.

They are now dealing with an agent that specializes in securing big-time contracts for his clients. They need to accept that things aren’t going to be cheap. That has never been their specialty which means things could get tricky. We’ll have to wait and see.