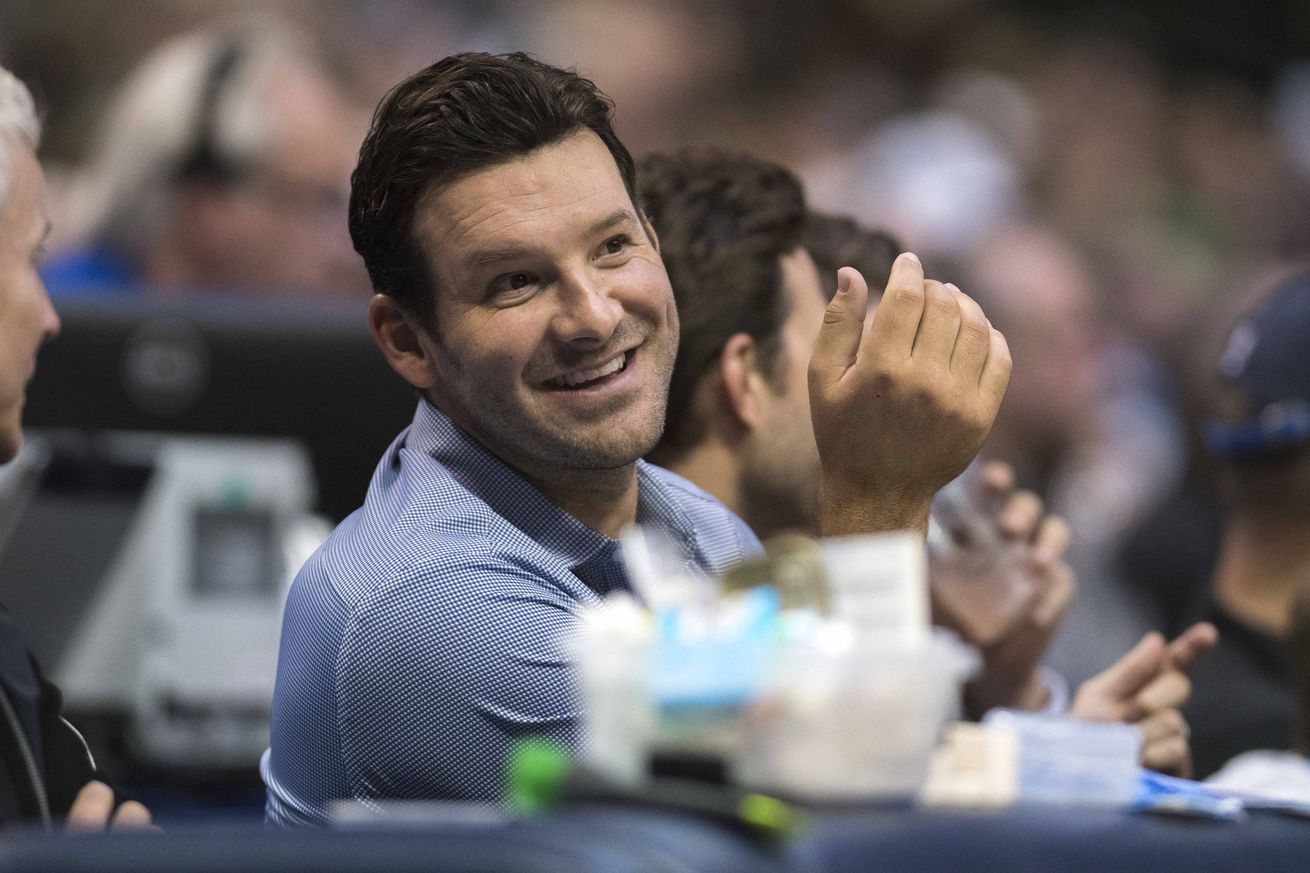 Why Tony Romo’s massive payday is good news for everyone around the NFL-Tim Cowlishaw, Dallas Morning News

Why the former Cowboys signal-caller getting paid is good for the league as a whole.

More important, it’s deals such as Romo’s that make one realize exactly why players should sign a 10-year collective bargaining agreement that provides all kinds of new money for younger players and slightly higher revenue percentages throughout. Labor peace in the NFL means more television money for everyone.

And by more I mean much more. In 2013, each NFL club got roughly $100 million from the networks before the season began. In 2019, that figure was $255 million. That allows every club to pay all of its players, coaches and staff before selling that first ticket. The NFL is the cash cow of all cash cows, and the players are feeling the effects.

If you want to be upset about a Romo contract, make it that one back in 2013. The Cowboys negotiated as if Romo had them backed into a corner, as if they had no choice but to throw $108 million in his direction. We don’t need to argue all the pros and cons of that deal, just that those kinds of contracts have an impact on a team’s salary cap. The Cowboys got one more great season (2014) out of Romo, and he was done.

Weaver also has a good idea for inside moves, as he’ll quickly redirect inside when an offensive tackle oversets to combat his outside rush. He’s also a very astute hand-fighter who is constantly working to parry, re-direct or clear a blocker’s hands.

In the run game, Weaver’s contributions are almost entirely penetration based, as he has a great feel for how to attack schemes and slip blocks, which is why he also rates highly in backfield production.

Unfortunately, Weaver doesn’t show much consistency in his ability to take on blocks and anchor at the point of attack. If Weaver can’t quickly clear hands, he often gets overwhelmed by the larger offensive linemen. His lack of length hurts his ability to stack and shed longer-armed blockers, which is probably why Weaver has opted to slip blocks rather than take on and discard blocks in the run game.

There’s also some question as to how Weaver will transition to playing primarily a three-point stance in the NFL. He’s not a good player in space, so he will need to play on the line of scrimmage full-time, which usually entails frequent plays from a three-point stance — something Weaver rarely did in his last season at Boise State, even when he aligned on the interior.

It’s clear the Cowboys did not maximize their talent at running back last season.

There’s an All-Pro under contract for the foreseeable future. The team just drafted a backup who showed some impressive flashes during his rookie season. There’s a team option on the fullback’s deal, but he is technically under contract for two more seasons.

From a personnel standpoint, it’s hard to see where there is a huge need at the running back position. Perhaps they could draft a developmental prospect, but it’s not as if there are a ton of snaps available to work with.

Instead, it would be fun to see this new coaching staff get a bit more creative with their current running backs. That might seem strange, given that Elliott rushed for 1,357 yards and 12 touchdowns, but it’s true. For all his ability as a runner, Elliott’s use in the passing game was uninspired, as he was limited mainly to checkdowns swing passes. The screen game, which Elliott has been a master of for years, often felt like an afterthought.

It was even worse for Tony Pollard and Jamize Olawale. Despite his game-changing speed and his versatility, Pollard only found his way onto the field for 177 snaps – and 35% of those snaps came in the first three weeks of the season, when Elliott was working his way back from a six-week holdout. Despite his prowess as a receiver, he managed just 15 catches on the season.

The health of Leighton Vander Esch is still unclear.

Early last week, at the NFL Scouting Combine in Indianapolis, the update on the linebacker’s prognosis from COO Stephen Jones was that the non-invasive neck surgery was a success.

“The feedback is good,” said Stephen, who added that Vander Esch will have “limitations” up until training camp when the team can hopefully “turn him loose.”But then late last week at the Combine, owner Jerry Jones took the stage.

Jerry himself will frequently point out the humor in him playing “Dr. Jerry.” But his takes on injury issues are usually a blend of his innate optimism and reports he’s been handed directly from Cowboys medical personnel.

An opposing view to the many who believe letting Byron Jones walk is a mistake.

None of this is to suggest Jones is a bad corner or to say he doesn’t deserve big money. However, it’s proof that there are players capable of limiting the No. 1 receiver while also getting turnovers and let’s be real, in this day and age the defensive back that creates turnovers gets paid.

The rules are so heavily favored toward the wide receivers that cover corners such as Jones have become less valuable. Sure, it’s nice to see a stop but that doesn’t mean as much if the defense stays on the field and allows the next pass to be completed — and sadly for the Cowboys that seems to happen a lot.

So while it’s hard to see a fan favorite such as Jones leave, the fact is the team is making the right call. They’re prioritizing the more important positions while also setting a budget for what they’re willing to pay a corner.

This is what good teams do, and in the past, Dallas hasn’t done this enough — and they were destroyed just as bad for that as they are for being unwilling to back up the Brinks truck to give Byron whatever he wants.

Cowboys G/C Joe Looney Could be Tough Free Agent to Keep – Jess Haynie, Inside The Star

Joe Looney could be valuable, but will he out-price the Cowboys budget?

Still just 29 years old and with that 2018 campaign on his resume, Looney could be an attractive bargain option for a team needing an experienced starter at either center or guard. That won’t be the Cowboys this year; Frederick, Zack Martin, and Connor Williams are all locked up for 2020 and beyond.

Joe’s compensation the last two years in Dallas has been just a little over $1 million per season. A team offering him a starting opportunity could offer him substantially more without the breaking the bank, but would still likely take him out of the Cowboys’ price range as a backup.

There would be an argument to keep Looney as a trusted, verstaile reserve even if it meant paying $2-$3 million per year. But Dallas is hoping that Connor McGovern, their third-round pick in 2019, will be able to fill that role.

What’s the worst way that the next few weeks could go for the Cowboys? We discuss on the latest episode of The Ocho.