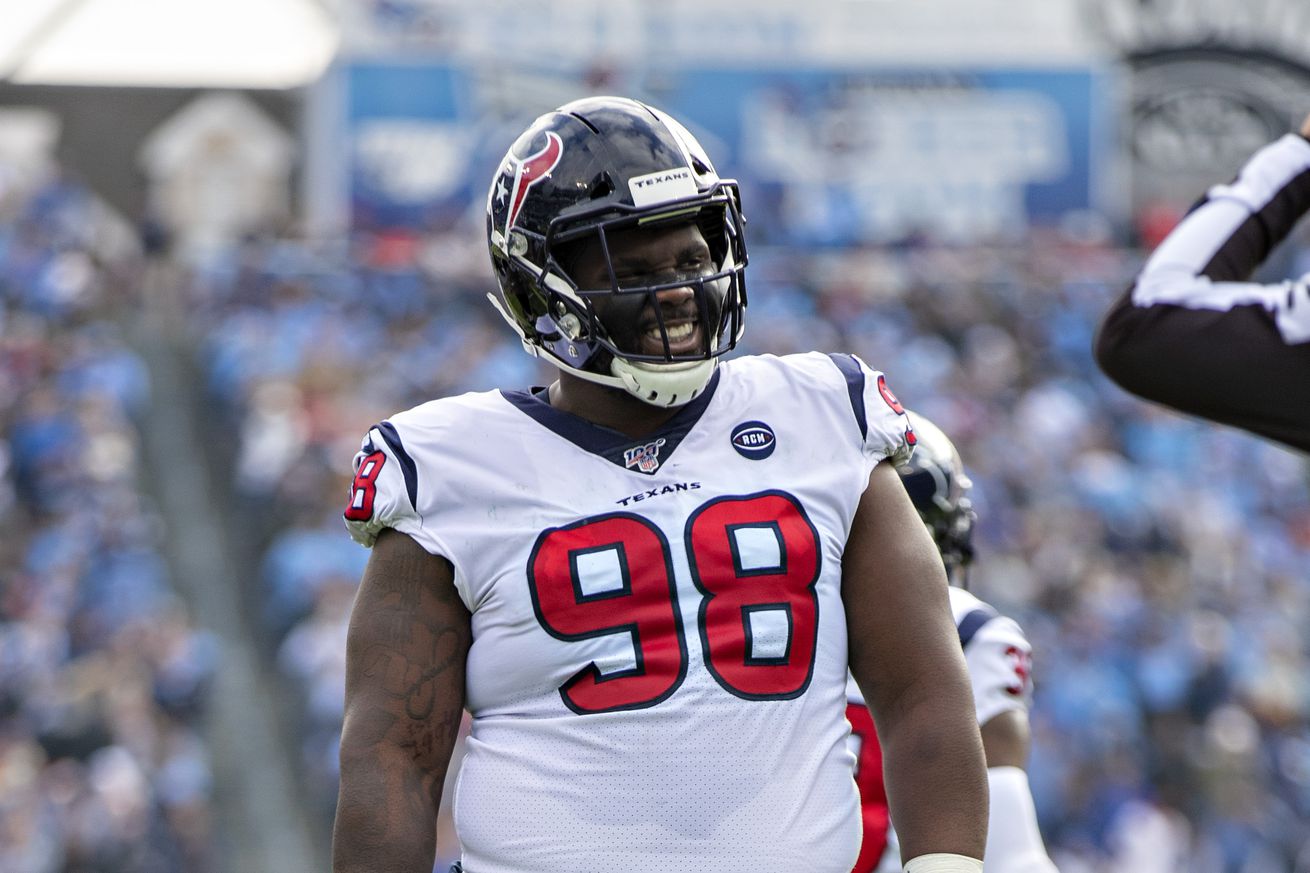 Even defensive tackles are getting paid.

Position of need, thy name is defensive tackle. Seriously, right now the Cowboys have Trysten Hill and Tyrone Crawford under contract, and Antwaun Woods is an exclusive rights free agent. Other than that, the cupboard is pretty bare. Crawford may not even fit what the team wants in the middle under new defensive coordinator Mike Nolan, and his contract is an issue right now compared with production.

The Cowboys are going to have to make multiple moves at defensive tackle, and some of that will likely start in free agency. They have their own free agent to think about, Maliek Collins, but some in Cowboys Nation have dreamed about getting someone from the outside to come in and make an impact.

One name tossed around on the wish list was D.J. Reader from the Houston Texans. He should hit the open market which is good, but the reason why is bad news for the Cowboys, He’s going to get a fat contract.

One of the best defensive linemen available in free agency appears likely to find a new home.

Texans defensive tackle D.J. Reader‘s name has already surfaced as a player who is likely to have interest from multiple teams, and the Houston Chronicle reports that Reader is not expected to be back in Houston.

It’s not that the Texans don’t want Reader back, but they expect some other team to offer more than they’re willing to spend, perhaps a contract in the neighborhood of $12 million a year. The Broncos, Titans and Bills are all believed to have interest.

$12 million a year is just not something the Cowboys are likely to even sniff in free agency for a defensive tackle. It’s not a position they have traditionally valued highly in the past, and even with new coordinator Nolan, that would probably be a little rich for a team that still has to get Dak Prescott and Amari Cooper under contract, and would like to make a run at Robert Quinn.

Don’t despair, though. As we noted a while back, the free agent market for interior linemen is loaded, and someone along the way is going to get left out and the Cowboys like to pounce on that second- and third-wave of free agency.

Just take a look at the guys capable of playing in the middle of the defensive line in PFT’s Top-100 free agents list.

Plus there are guys like Timmy Jernigan, Sheldon Day, and Danny Shelton.

If the Cowboys are patient, they could come out of free agency with a defensive tackle or two who has some pretty good upside or with a long-time veteran who still has a little left in the tank.

Who are some of the guys you would target?