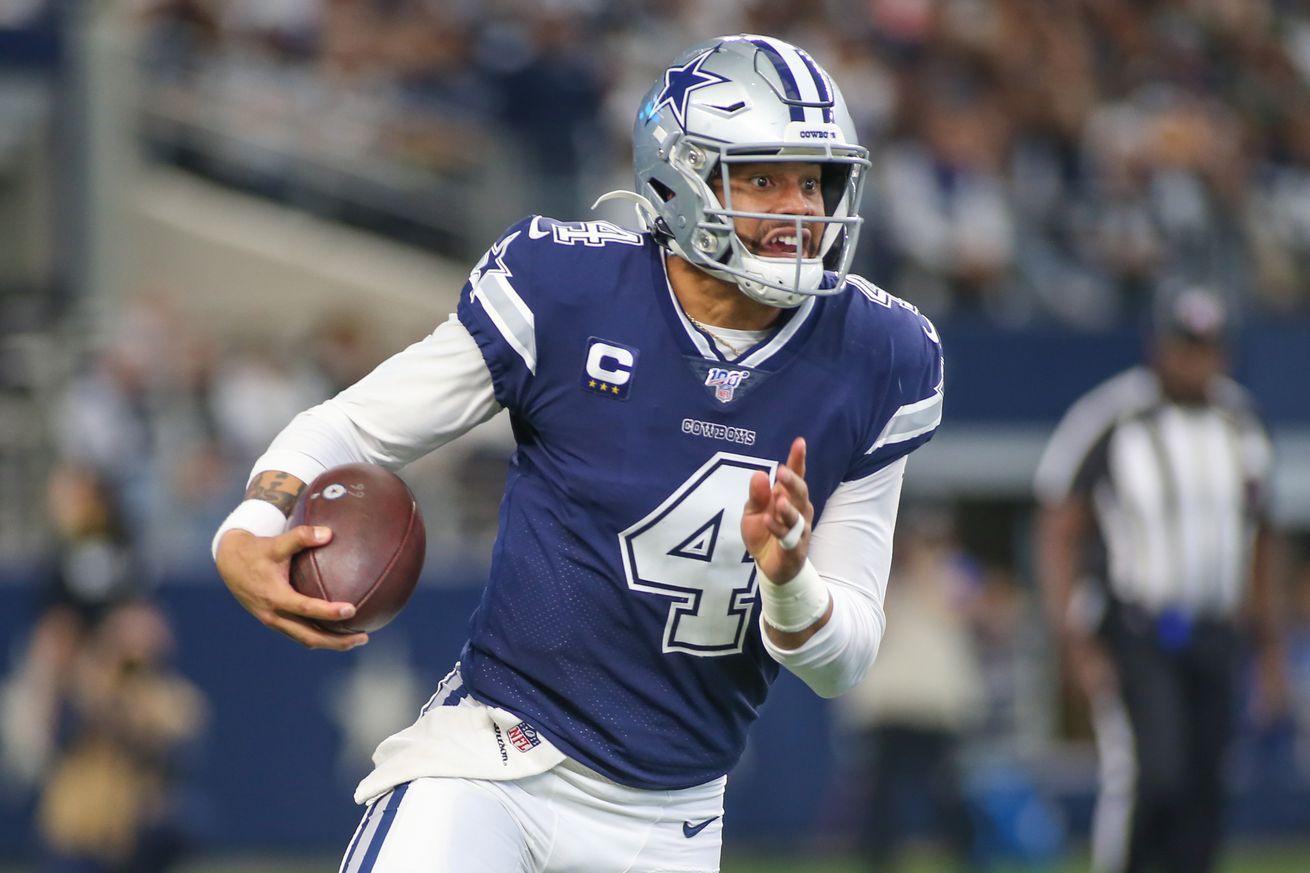 The Cowboys are trying to get a long-term deal done with Dak Prescott,

We are in the middle of the second week of NFL free agency, and to date, the Dallas Cowboys have certainly been busy. Dallas has re-signed prominent offensive weapons Amari Cooper and Blake Jarwin, plus they have brought in interesting new names like Gerald McCoy and Ha Ha Clinton-Dix.

There is one major thing the Cowboys have yet to do, though. While they placed the franchise tag on quarterback Dak Prescott, they have not yet landed a long-term extension with the face of their organization.

The Cowboys and Dak Prescott have reportedly begun talking again

It’s always interesting to hear when negotiations re-open between a player and an organization because the immediate question is – when did conversations stop?

Wednesday brought with it the news that the Cowboys and their signal-caller have apparently opened the door of conversation again. A report from Yahoo initially noted that things were of a four-year, $35M per season variety, but throughout the day more information (not really) became available.

I’m hearing whispers that Dax Prescott is close to closing a 4-year deal with DAL rumored to be $35m per year.

When you start seeing Dak Prescott connected to a 4-year deal for $35 per, @LizLoza_FF was the first on that. I’ve also been told by a source that the #Cowboys are still pushing five years. Question is who wants this deal done worse (and the answer to that question is Dallas). https://t.co/4193s55DJ7

Source: The #Cowboys have resumed contract negotiations with Dak Prescott for the first time since using the exclusive franchise tag on him. A team source said the #NFL currently shows a $26.8M charge to the cap for Prescott even though he has not signed the franchise tender.

Obviously this is news in the sense that it is newly being discussed, but we have known for a long time now that the Cowboys and Dak Prescott’s team are seemingly both of a particular belief. Each side wants something different. That’s how negotiations work.

It has been reported before that Prescott would prefer a shorter deal and that the Cowboys want a longer one. Yahoo’s Charles Robinson, who was one of those part of the conversation on Wednesday, has discussed this before. From him back in December:

Prescott’s contract situation is often framed inside the negotiation of those two quarterbacks, but the devil in the details is both of those extensions were “tack-on” deals, giving their respective franchises six total years of control (including the 2019 season). Dallas would like to get similar long-term control with Prescott, which has created an argument over the number of years in the deal. It has created this problematic sliding scale: The more years Dallas wants, the more it will have to pay in terms of overall money, guarantees and average salary per year. Conversely, Prescott’s camp would like a shorter deal — similar to the four-year extensions of Wentz and Goff — that would allow Prescott to continue rotating into free agency and keeping his salary commensurate with where the NFL is heading with elite-level quarterback pay.

Robinson also notes that this is going to come down to who wants to make a deal more and that it is very likely going to be the Cowboys. It seems that the stare down could be nearing a point where somebody blinks.