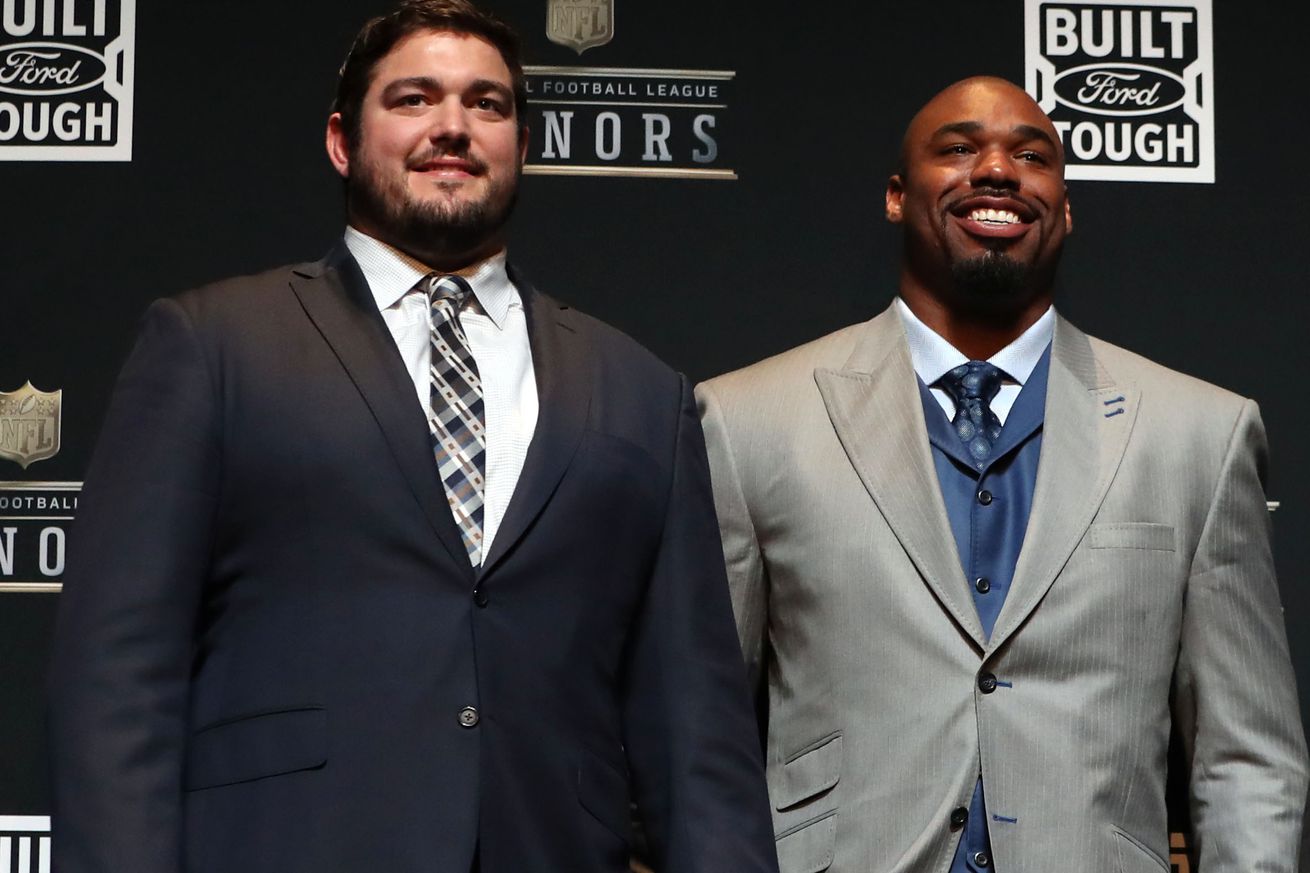 The best of the best.

Much has been said about how successful the Dallas Cowboys have been at drafting in the first round over the last decade. There are a number of Pro Bowl and All-Pro selections that back this claim up.

Of the first-round group, there are perhaps no two players that stand out more than Tyron Smith and Zack Martin. While the recently retired Travis Frederick went alongside the duo as an elite trio, the reality is that Smith and Martin have each reached different levels of greatness throughout their careers. That isn’t said as a knock on Fredbeard for what it’s worth, its simply an acknowledgement of how unreal Smith and Martin have been.

The league has taken notice of how great the Cowboys’ left tackle and right guard are, and now the Pro Football Hall of Fame has followed suit. The HOF announced on Monday their 2010s All-Decade Team and both Tyron Smith and Zack Martin were on it.

Tyron Smith has been the best left tackle in the NFL for most of his career, and while he may not be as great as he once was due to injuries, he is still among the very best throughout the league. Needless to say, he is one of the greatest talents in team history.

Zack Martin might be the most individually impressive offensive lineman that has played for the Cowboys in recent memory, though. He should have won Offensive Rookie of the Year in 2014 when he was a First-Team All-Pro (as a rookie). Martin has literally never not been an All-Pro or Pro Bowler and he is, simply put, one of the best players in the NFL.

The stretch of time included in the decade is obviously 2010 through 2019 and as Smith and Martin are the only Cowboys that means other players were left out. There are cases to be made for others like DeMarcus Ware, but it seems that the voters did not feel that way.