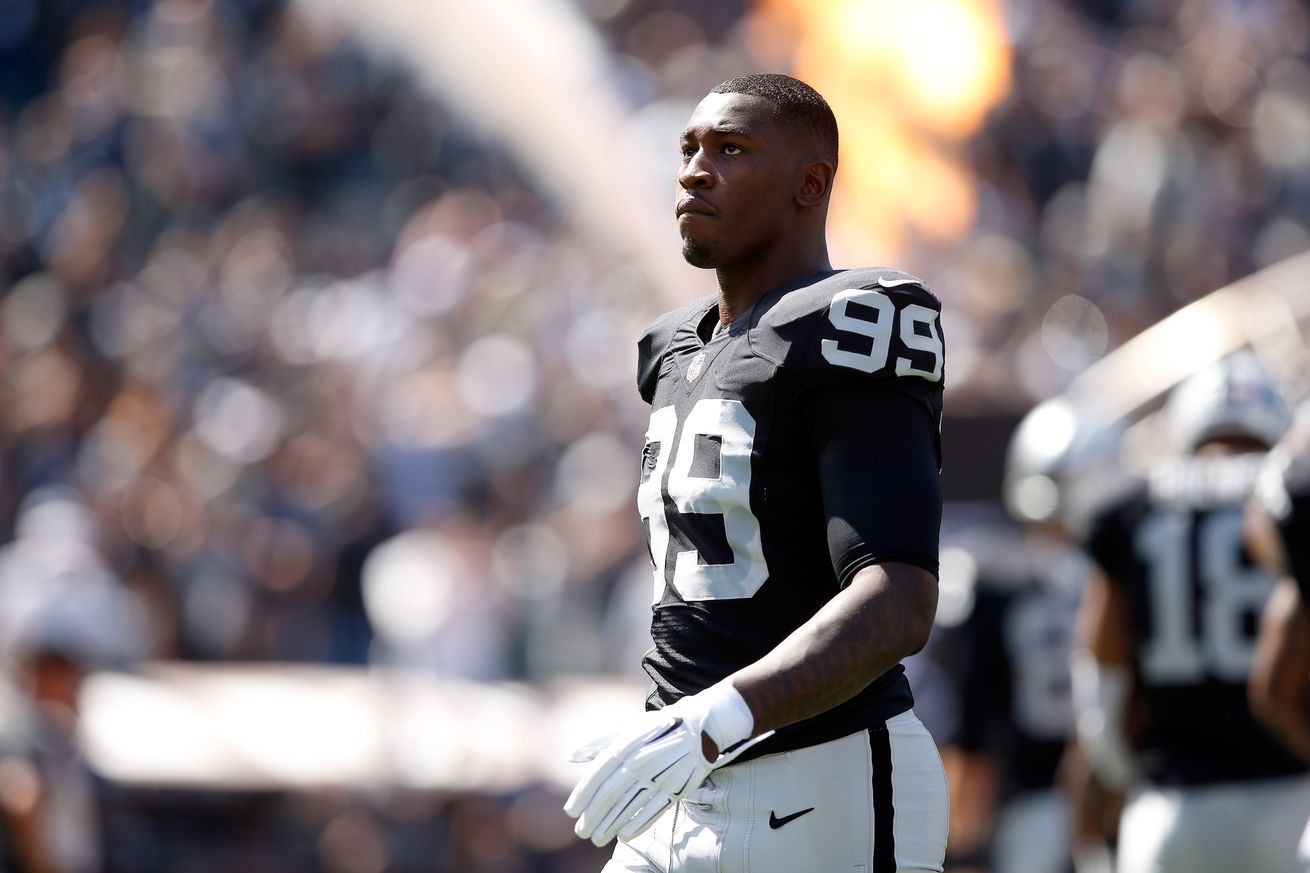 New Cowboys defensive end talks about his chance at redemption.

The Dallas Cowboys signed Aldon Smith last week and a lot of people were confused as to why. It was 2015 when Smith last played a snap in the NFL. In case you were unaware, it is now 2020. That’s a long time to go between moments of competitive football, but there is hope that Smith can still contribute at a high level.

How did this come together, though? How did Aldon Smith, out of the NFL for so long, manage to find his way to the Dallas Cowboys under new head coach Mike McCarthy? Smith was a guest on Thursday night’s FOX Football Now and spoke to Jay Glazer about his journey. It’s worth watching and listening to.

From sleeping under a car, to joining the @dallascowboys.@AldonSmith tells @JayGlazer about his long journey back to the NFL: pic.twitter.com/osu8mV36h6

On the struggles he went through:

“2018 was a tough year. And in that year I was in a really dark place. I didn’t have a lot of value for how I thought about myself. When I was in the bad spot. It got pretty bad… I was sleeping under a car for some nights because my sickness took me there. And I had a home to sleep in. But I was in such a dark place that I didn’t see myself deserving anything other than that.”

On how things came together with the Cowboys:

“At your [Jay Glazer’s] gym. Mike McCarthy came and we visited and I played against him when I was in San Francisco, when he was in Green Bay, but that’s as far as we had contact. But when we met it seemed like we had known each other. That was really important to me because going through this process I wanted to surround myself with people who I felt that connection with and I feel like he genuinely cares about me and just what I”m trying to do. Just me as a man. That was really important. That obviously played a vital role. Jimmy’s there. Jimmy Tomsula’s there. He was my coach when I was in San Francisco. We had a great relationship there. And so they were just… the pieces fit.”

Aldon Smith’s battles off of the football field are well known, but listening to him add some detail to it in the here and now really puts it all into perspective. The Cowboys have given second chances to a few different players in recent memory and it appears that they believe in Smith’s future.

What’s very clear is actually that Mike McCarthy specifically believes in Smith, as the pass rusher mentions he met the Cowboys head coach at Jay Glazer’s gym. It should be noted that Glazer does a lot of work in rehabilitation and that Mike McCarthy is a huge supporter of this. We had Jay on the BTB podcast while at the Super Bowl in Miami and he detailed how generous Mike McCarthy has been before towards his charitable efforts.

“Mike is about as real a guy as you get. I have this foundation. My MVP charity, merging vets and players. We take former combat vets and we merge them together with former NFL players. Kind of help them through the transition. Mike McCarthy is our second-biggest donor. He met a Navy Seal Operative, a Commander, who we talked out of committing suicide. We coached him out of, I should say. That’s what we do. We coach each other up. And why we need you here and why you’ve got to be proud of your scars. And why you need to look at your time and your teams and just cause your uniform comes off doesn’t mean you’re great in sleeves. And we need you here. And he was around this one guy with me and Mike turned around, on the spot, and wrote a check for $100,000 saying ‘I want to open up in Chicago. I’ll pay. Boom.’ So he’s a good man.”

Jay Glazer was the first to report that the Cowboys were hiring Mike McCarthy back when it happened so he is clearly close with the head coach. It seems like everything came together in the right way for Smith and McCarthy and that’s how the pass rusher ended up joining America’s Team.

The significance of this as far as the future of the Cowboys should be highlighted, by the way. Aldon Smith is an idea of Mike McCarthy’s. Many have clamored to see the Cowboys hand more control over to their head coach and this seems to be a glaring indication of the organization doing just that. If you want to hear more about how far Smith and McCarthy go back, you can listen to our interview with Smith’s agent Ron Slavin on a recent episode of The Ocho. He discusses the exchange that Smith mentioned in his Thursday night interview with Glazer.

Aldon Smith certainly has potential as a defensive end for the Dallas Cowboys and if you want to go off of this video from back in January, he appears to be in pretty good shape.

It is clear that Smith has had a long journey back to the NFL, but he has seemingly found a place that he is comfortable. Hopefully the results are prosperous for Smith the person, the Cowboys as an organization, and on the field football.