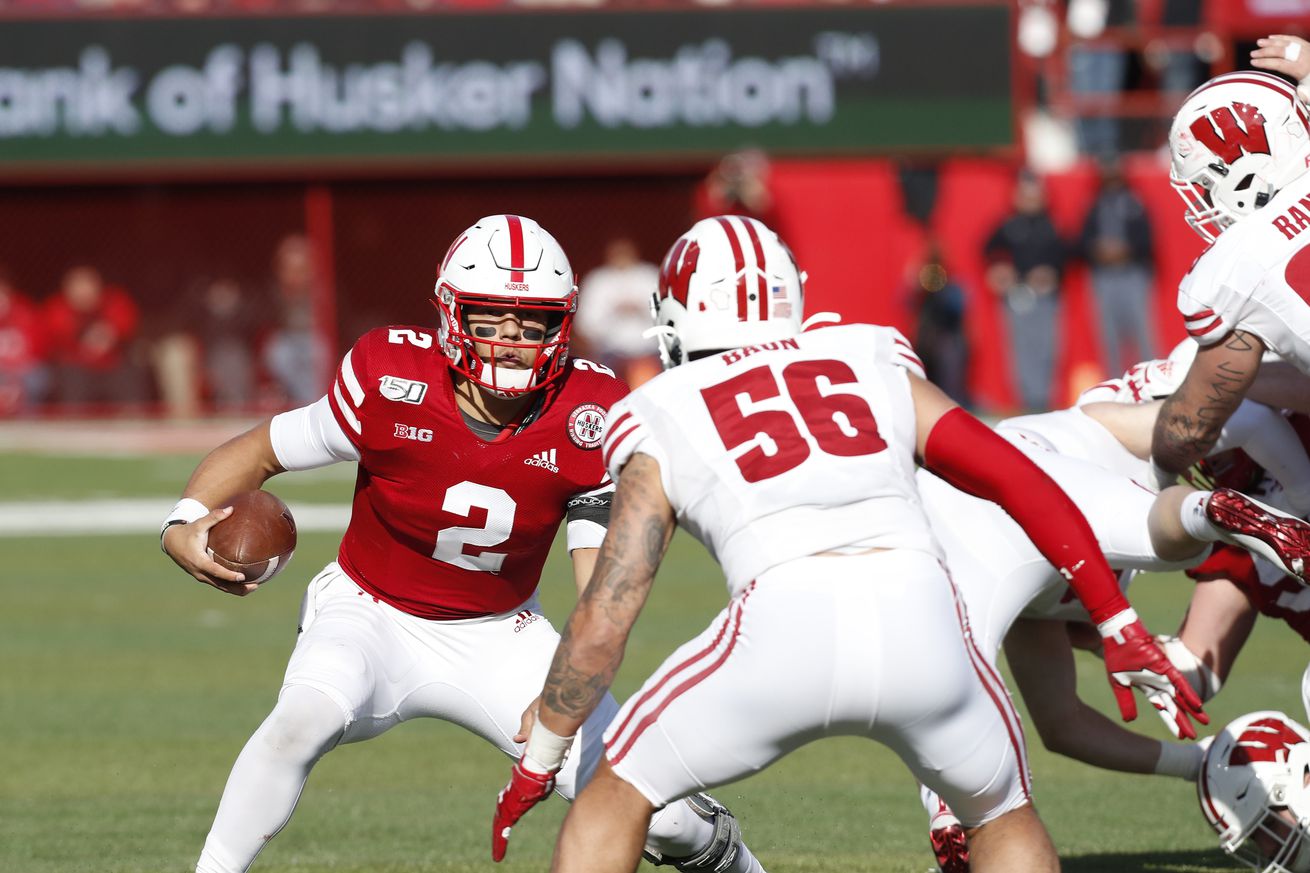 The Cowboys are doing their homework on some early projected linebackers or perhaps it’s just a smokescreen.

Possible Pick: Could Cowboys be targeting Oklahoma Sooners LB Kenneth Murray early? – Rob Phillips, DallasCowboys.com
The Cowboys are hopeful that Leighton Vander Esch and Jaylon Smith will return to Pro Bowl form in 2020 but could they be targeting a top-end linebacker in the draft to bolster the unit?

How He Helps The Cowboys:

The Cowboys have rebuilt their linebacker depth largely through the NFL Draft. Jaylon Smith and Leighton Vander Esch were early-round picks who have developed into starters when healthy. The Cowboys are confident Vander Esch will make a full recovery from January neck surgery, but they could look to the draft for depth and special teams help. The club did re-sign three veterans, including Sean Lee, and Murray might require too much of an early-round investment. (Corner and edge rusher are arguably greater needs.) But, wherever he ends up, Murray has the quickness and range to play on running and passing downs at the next level. He’s also a high-character prospect, evident in his pre-draft visit with the Cowboys.

Cowboys 2020 Draft: Mississippi State’s Willie Gay Jr. is an intriguing option at linebacker for Dallas – Cole Patterson, Blogging The Boys
Gay is one of the freakiest athletes in this year’s draft class and has the ceiling to become a very good player on the next level.

Another one of those defensive stars out of Starkville is linebacker Willie Gay, Jr.

Gay, Jr. has not received a ton of hype during the draft process. A lot of that is because he was suspended for eight games during the 2019 season due to cheating on a chemistry test. The linebacker also got in a fight during Mississippi State’s bowl prep.

Those are the red flags that have prevented his stock from rising too much. On the field, though, Gay, Jr. is a star that made play after play during his career at his hometown school.

Willie Gay was ranked as the 33rd best prospect in America when coming out in the 2017 recruiting class per 247Sports, choosing the hometown Bulldogs over offers from Alabama, LSU, and Michigan. It was easy to see how much talent the linebacker had as soon as he arrived on campus, but he was truly able to showcase that during his sophomore season.

Cowboys Draft Digest No. 10: Five impact defenders. Could Dallas go LB early? – Bob Sturm, The Athletic
The Cowboys tend to give clues about their draft plans. Are they dropping some about their plans to take another linebacker early?

Disclosure here: It used to be very easy for us in the “draft nerd media” to keep a list of visits and meetings. Between the Cowboys media machine and our own ingenuity, we could close the circle from 500 names to 50 pretty quickly of who was on the Cowboys’ wish list. This year, it is more difficult, but I must admit there are way more linebackers than I assumed would be in the mix back in September when this process began and the Cowboys had just extended Jaylon Smith while Leighton Vander Esch was starting his second season.

But the franchise has said more than ever on and off the record this spring that they are committed to taking the best player available when they are given the podium to make a selection. That isn’t hard on Day 3, but on Day 1, would they really take Kenneth Murray or Patrick Queen or Zack Baun at pick No. 17?

It is our job to be prepared for anything. So let’s grab those three linebacker types and two more defenders I have meant to get to for this week’s five and see how we feel after that.

2020 NFL Draft’s best team fits: Why Cowboys should look to trade up – Bryan DeArdo, CBSSports.com
Should the Cowboys be aggressive in a unique draft process for 2020?

While there should still be some very good cornerbacks available with the 17th overall pick, the Cowboys, who lost cornerback Byron Jones last month in free agency, should looking into the possibility of trading up to acquire Okudah, who is unanimously considered the best defensive back in the draft. Along with displaying an elite skill set during his time at Ohio State, Okudah also plays with a swagger that would surely be welcomed in Dallas and by the team’s rabid fan base.

Okudah, whose ability has been compared to Rams cornerback Jalen Ramsey, studies all of the NFL’s elite corners. He said that he specifically watches tape of Patrick Peterson and Stephon Gilmore, the league’s reigning Defensive Player of the Year.

”I’ll never get complacent because I feel like there’s always a constant chase,” Okudah said during a recent appearance on NFL Network. “I’m chasing some of the great corners in the game right now, and there’s corners that are chasing me. I feel like, if you understand the constant chase, you’ll always be good on the field.”

One potential trade partner for the Cowboys could be the Panthers, who own the seventh overall pick but are likely open to moving back and acquiring extra draft capital.

NFL Draft: The Only Way Wide Receiver at 17 Works for the Cowboys – John Williams, InsideTheStar
Some Cowboys’ enthusiasts want to score 40 points every game by adding another weapon in the offensive arsenal at 17th overall, here’s how that could be a reality on draft day.

Admittedly, this draft class looks to be incredibly deep at wide receiver. Analysts anticipate anywhere from 3-6 going in the first round, and many think that 2020 will set a record for the most receivers drafted. This depth might lead teams to pass on a wide receiver in the top half of the first round.

Positional value also puts a heavier emphasis on selecting other positions as well. Here’s a way that one of the top three wide receivers could be on the board when the Cowboys go on the clock at pick 17.

There are a ton of teams that could use an offensive tackle and there are at least four that could go in the first 16 picks.

Quarterback is always a hot commodity, and with Joe Burrow, Tua Tagavoila, Justin Herbert, and Jordan Love, there’s a chance for a run on quarterbacks in the first 16 selections.

Finding players that can cover is a huge deal as well. Jeffrey Okudah is likely a top-three pick. In many mock drafts, C.J. Henderson is long gone by the time the Dallas Cowboys go on the clock at pick 17. If teams feel the need to get their cornerback early, Kristian Fulton and Trevon Diggs could find their way into the top 16.

Cowboys draft talk: Could the best center in this class be a Dallas target in the first round? – Calvin Watkins, SportsdayDFW
Could the Cowboys go back to a strength again in the 2020 Draft by taking a replacement for Travis Frederick earlier than expected?

Of course we talked about what the Cowboys may do at No. 17. Florida cornerback CJ Henderson, perhaps? What about Michigan center Cesar Ruiz?

“We do 8,000 of those mock drafts so I move guys around all the time and it’s kinda fun to do,” Prisco said. “But I remember when they picked (Travis) Frederick and that pick got panned and I was one of the few guys who actually liked that pick. I’ve been panned and killed for many of my mistakes in the past just like the teams have been. I liked that pick.

”The continuity of the offensive line is important and this is a kid (Ruiz) who clearly to me is the best center in this draft, so why not? I don’t think they will go in that direction.”

We even had a discussion about the Cowboys drafting a quarterback on Day 3.

NFL Mock Draft: Can Cowboys Pick Between DE Chaisson, CB Henderson & S McKinney? – Mike Fisher, Sports Illustrated
If three of the Cowboys top defensive targets are in range, which one do you take? This mock has Dallas going for the cornerback.

Dallas would like to add to its wide receivers room. But this class is so deep at that position, there might be no need to use Pick No. 17 on a pass-catcher. Meanwhile, the Cowboys’ desire for defensive help is no secret.

So how about if Dallas worries about other spots later and tries to nail it down on defense in the first round?

Which brings us to the latest MMQB NFL Mock Draft at SI, and a prediction of a very favorable circumstance for the Cowboys. In Kevin Hanson’s Mock, he bunches three premium-level defensive stars right in Dallas’ range.

Not only did Byron Jones leave to become the league’s highest-paid corner in Miami, but the Cowboys tied for the fewest interceptions (seven) in the NFL last season. Critics will be quick to point to Henderson’s inconsistency as a tackler, which needs to improve, but the former Gator is sticky in coverage with an impressive combination of size, length, speed and fluid movement.

As Cowboys fans we have been collectively obsessing over CB, DE, S, and possibly WR to a degree that we’re likely to jump off a high ledge if the draft doesn’t hit early on those need positions, and with a causality that we like.

But what if the Cowboys don’t do what we hope they do?

Some people are making a living off talking about who the Cowboys should have drafted. “They should have drafted T.J. Watt,” or “I told them to draft Juan Thornhill”, or “they never should have traded up for Morris Claiborne”. Never mind that those are often the very same people who were all over the Cowboys for not drafting Sharrif Floyd, or Kevin King, or countless others.

Are you going to be Captain Hindsight about the 2020 draft and grandstand for years about the player the Cowboys coulda shoulda woulda have drafted?

It’s mock draft season. We discuss on the latest episode of The Ocho.