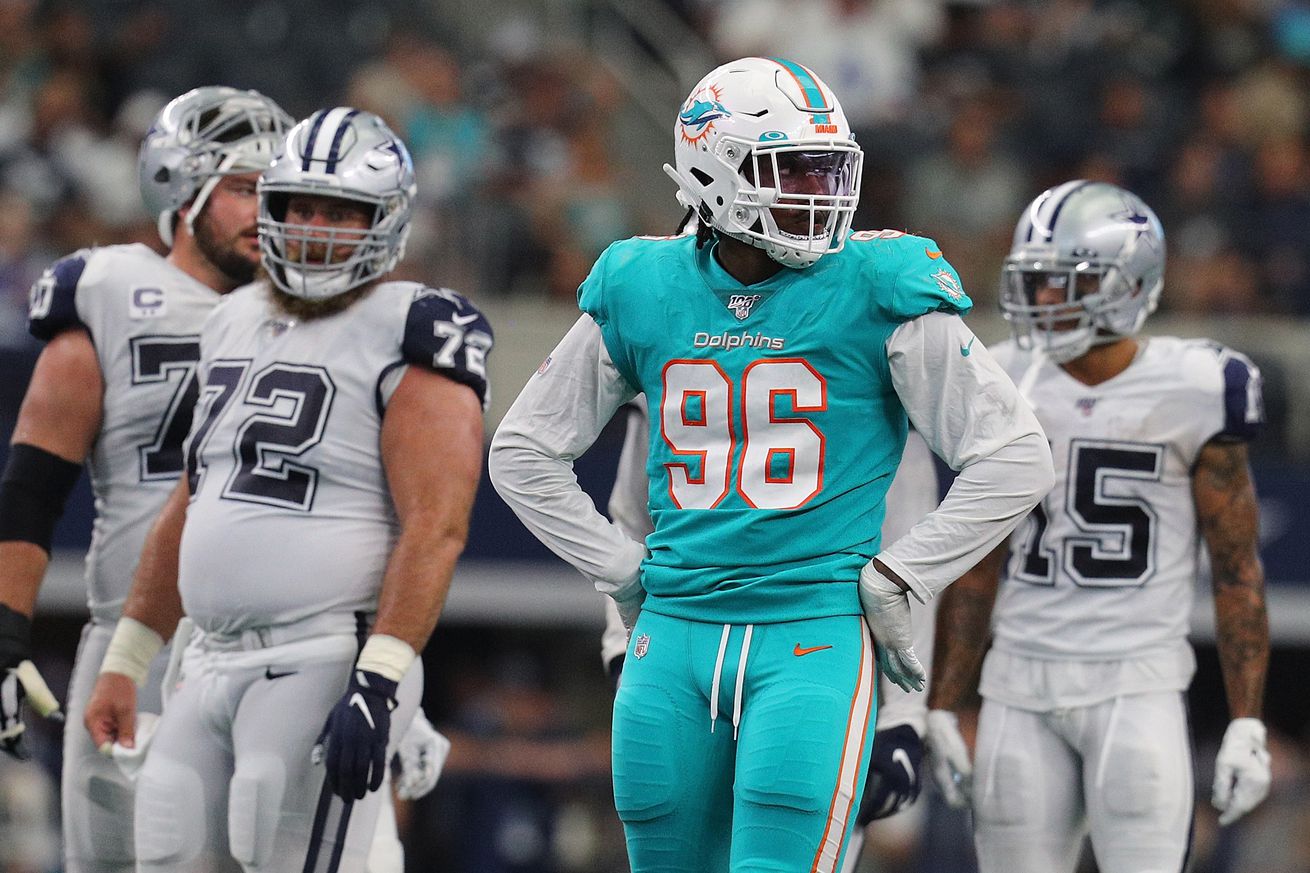 That’s according to Taco.

It feels like the 2017 NFL Draft was 500 years ago, but to be fair this year’s draft feels long in the rearview mirror as well. It was back in 2017 that the Cowboys had their biggest miss in the first round that they have this past decade.

The Cowboys took Taco Charlton and things were a bit of a struggle. Dallas moved on from Charlton just two games into his third season and he was claimed by their immediate next opponent in the Miami Dolphins. Ultimately, Miami also parted ways with the former first-rounder this offseason.

Charlton is now a member of the Kansas City Chiefs as he joined the world champions earlier this month. He made his first round with the KC media this past week and dropped one particularly interesting line.

In talking to the Kansas City media this week, Charlton said that his departures from both the Cowboys and Dolphins were kind of mutual. From our friends at Arrowhead Pride:

“My foot’s on the gas on this one — all [the] effort,” Charlton said. “I gave my full effort everywhere I’ve been. In [those] situations, things came to a head; it was kind of mutual in both situations. So it really wasn’t much of surprise at either [team].

“God led me here,” he continued, “and I feel like this is the best situation for me to succeed. That’s why I wanted to come here. When Frank brought the idea, I was excited — just up-and-at-it — that this was the place I wanted to be.”

For what it’s worth, Taco Charlton reportedly wanted a trade from the Cowboys back in last offseason and then publicly asked for his release. Depending on his own definition of the timeline of it all it is definitely possible that this was “mutual.”

Obviously this is said through Taco’s lens and what he feels is totally up to him. All the best to him in Kansas City.