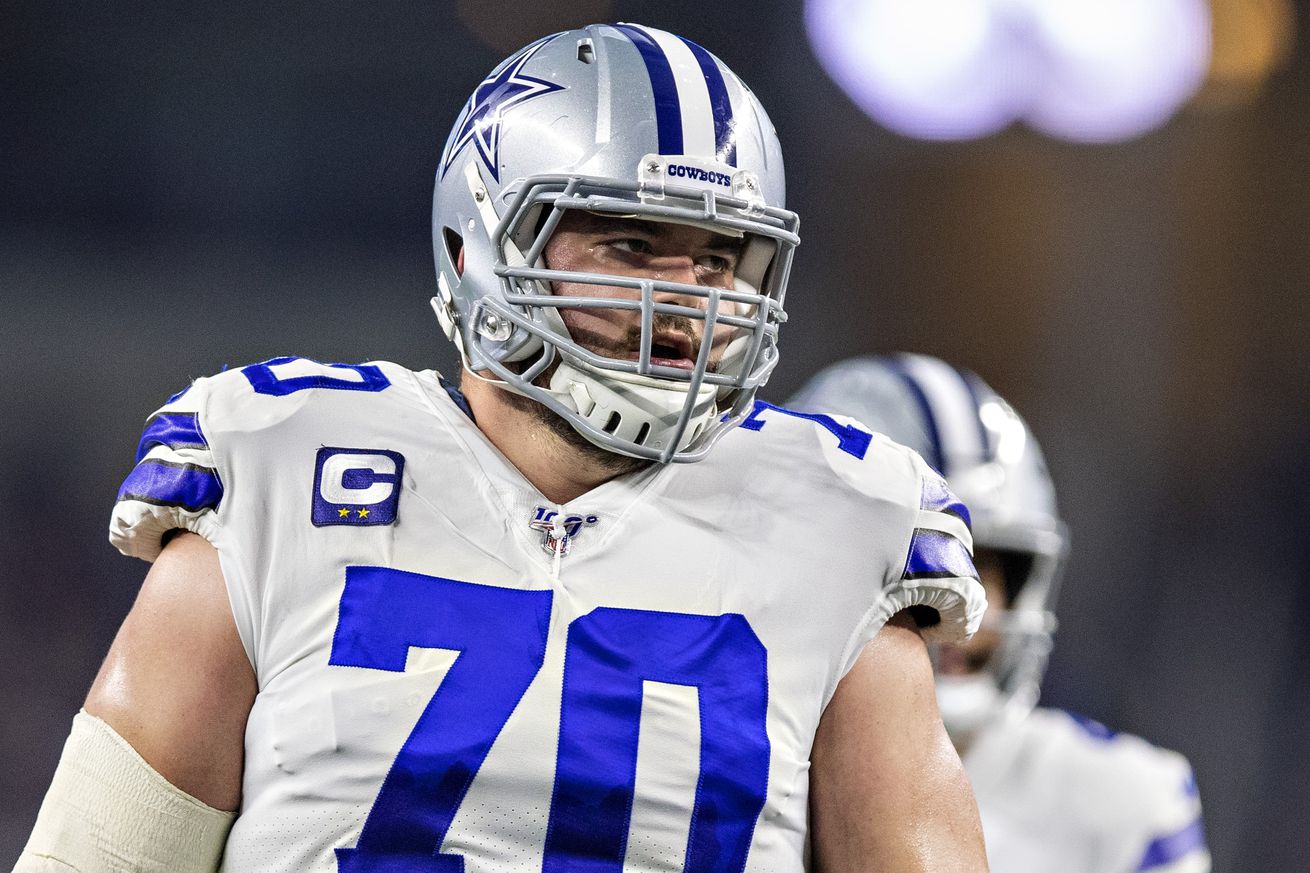 Zack Martin talks about his new coach, training at home and other things in a recent interview.

Joe Philbin is the team’s assistant head coach and offensive line coach. Martin calls him an excellent teacher, saying he gets everyone dialed in before moving on to the next part of the meeting.

“It’s been very positive,’’ Martin said. “The biggest thing, as far as terminology, is to get on the same page.

“At the end of the day football is football. It’s just different ways of calling stuff. Once we get how to call it down, the plays are very similar.’’

Martin said the loss of Pro Bowl center Travis Frederick to retirement is big, but he’s looking forward to working with rookie Tyler Biadasz once everyone is together.

These virtual sessions aren’t ideal, especially when you consider the Cowboys have a new head coach and a new way of doing things for the first time in nine years. But as Martin notes when it comes to this offseason, “everyone is in the same boat.’’

TE: How Does The Depth Chart Shake Out? – David Helman, The Mothership

The Cowboys depth chart at tight end no longer has Jason Witten, so the competition is on for specific roles.

This whole thing feels like it’s about to be a competition.

Obviously, the size of Jarwin’s contract indicates that he’s due for a lot of playing time. But in a tight end group with this many unknowns, it feels like almost everything is up for grabs.

The math says the Cowboys will likely keep three tight ends, perhaps four. Jarwin is the only one that looks like a lock to make the roster, as there simply aren’t a lot of other guarantees among this position group.

Is it possible that an unsung player like Cole Hikutini or Sean McKeon could jump up and grab a roster spot? Sure. Is it possible that Dalton Schultz or Blake Bell could play well enough to command a healthy chunk of playing time? Absolutely.

That’s what should make this group so fun. For years, the tight end depth chart has been set by Witten’s presence as the starter. This time around, it feels like all these jobs are up for grabs.

A profile of an UDFA who is trying to make the team and is living the dream.

The Good: He’s exactly where he wants to be. Stemming from Corrigan, Texas, Hamilton’s family grew up fans of the Dallas Cowboys and he even mentioned at the NFL Combine how special it would be to play for this organization. On the field, he is a speed-first edge rusher that aims to beat you off the edge with his legs before bringing the swim and chop from a powerful set of arms. Hamilton’s straight-line speed definitely helps build the foundation that can push his ceiling at the next level. He is still an ascending player that was much cleaner and efficient in his senior season than the previous three.

DeMarcus Ware: Cowboys have ‘all the pieces’ to improve from last year and be an ‘amazing team’ – SportsDay Staff

DeMarcus Ware offers up his opinion of the current Cowboys, and discusses what it will be like for Aldon Smith, and Randy Gregory if he returns.

Do you think the Cowboys are better on paper than they were last season?

Ware: “I think, on paper, they are better from what you see by names, but not by production. I want to see how those guys are going to all come together after this COVID-19. It could be one of those things where there’s a shock factor and they come out blazing, which that’s what we all want. And then especially just the draft. The draft class, it’s ridiculous what they brought in. They have all the pieces to really have an amazing team this year, so hopefully, COVID-19 doesn’t throw a wrench into it.”

Ware: “It’s very challenging because I go back to when we had that lockout and you couldn’t work out, you couldn’t do a lot of things in the facilities. In just that six months off, I came back pretty rusty. Because you don’t have the OTAs, the minicamps, the training camps to really get ready. But you can’t put the pads on. You can’t really hit a guy and get that feel for the game and the game speed. Hopefully those guys that come in right from — their resumes, they precede themselves. If they can come in and play — because we need those edge rushers. With McCarthy’s defense, it’s not just a 4-3 defense, it’s a 3-4 type hybrid. And with that, [DeMarcus Lawrence] will be able to move around a lot, you can bring some guys in that’ll be very, versatile to create those type of turnovers we didn’t get last year that we can get this year.”

Cowboys’ Aldon Smith ‘grateful’ to be reinstated by NFL – ESPN

Speaking of Smith, he is very grateful for his second chance and hopes to inspire others.

“I just want my story to spread and help out others,” Smith said. “For people who may have thought differently about me and for those people who always believed in me to be able to say, ‘Wow, this is great.’ Because I believe everybody goes through things in their life, and no matter what they do for a profession, it affects them in a manner that can either be their downfall or it can be something they look at and learn from. I want people to see my story and see it and be like, ‘Hey man, he can do it; he’s done it.’ I want to be a source of inspiration.”

The Cowboys offseason is a good thing, so says Bill Barnwell.

What went right: The Cowboys finally cut ties with Jason Garrett, and while the decision to hire Mike McCarthy didn’t necessarily excite fans, the organization was able to keep Kellen Moore to coordinate an offense that ranked second in DVOA a year ago. (I liked the addition of former Rams special-teams coordinator John Fassel.) Dallas had a wildly exciting prospect fall into its lap in the draft in wide receiver CeeDee Lamb, was able to re-sign Amari Cooper to a reasonable deal with two guaranteed years, and even brought in a cheap, reliable backup for Dak Prescott in former Bengals starter Andy Dalton.

Most of the work the Cowboys conducted involved rebuilding a defense that ranked 19th in DVOA. While they lost cornerback Byron Jones in free agency, they rebuilt their line by signing Gerald McCoy and Dontari Poe. Dallas was able to land Trevon Diggs in the second round, who should help replace Jones in the years to come.

Thursday was a weird day for Cowboys news. We sorted it out for you right here.