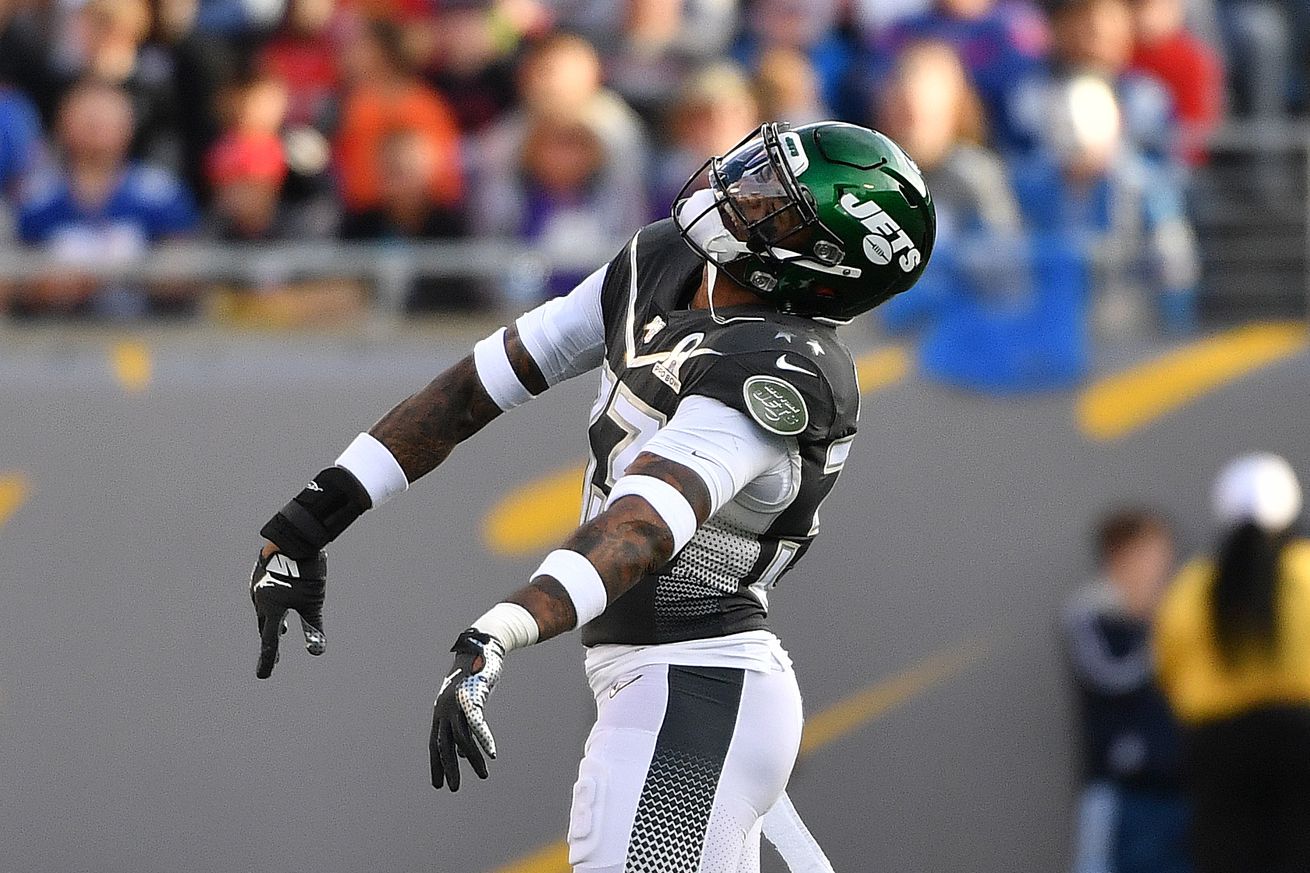 Source: Jets Have Talked Trade With Jamal Adams, But Not Yet With Cowboys – Mike Fisher, SI.com

FRISCO – The New York Jets have discussed a trade of Jamal Adams – and have done so with Adams himself – but have yet to touch base with the Dallas Cowboys regarding such a swap.

The All-Pro safety Adams, 24 and a DFW native, is frustrated with the Jets due to their unwillingness to grant him a contract extension. One rumor has it that Jets GM Joe Douglas has suggested to Adams that he’d like to measure the player’s “all-in’’ commitment before upgrading his deal – an approach that likely enraged Adams.

The tensions are high, Adams’ love for his hometown Cowboys is real, and we’re told that the Jets are displeased in the leak that led to former Cowboys star Michael Irvin, now of NFL Network, reporting their willingness to trade Adams for a first- and third-round draft pick.

4. The price for Adams may be more complicated than what was reported by Michael Irvin. The 1st & 3rd round pick is correct. But last year’s trade deadline mess involving Adams and #Cowboys left the #Jets feeling burned. That could linger into the price point this time around.

5. #Cowboys haven’t called #Jets about Adams yet. And they face two possible financial hurdles if they deal for him: Either ask him to play on his rookie deal another year (like Jalen Ramsey did with the #Rams to get that deal done), or get Dak Prescott signed to a long term deal

Xavier Woods finally gave us a glimpse of what to expect from Mike Nolan’s defense. It should excite everyone.

“The biggest difference is just a lot more defenses, to be honest,” Woods said in a conference call Thursday when describing the shift to Nolan’s scheme. “More than what we played the last two years. More than just Cover 3. More than just man to man. … We’re going to make [the coverages] all look the same with all the defenses we’ve got in. I’d say a lot more disguising with what we’re doing at the snap.”

Learning in a virtual classroom is one thing.

Executing a new defense on the field with new teammates is another.

Secondary coaches Maurice Linguist and Al Harris have guided the position group’s meetings. At times, the coaches will present different offensive formations, Woods said, and the defensive backs will be asked to communicate their reads and assignments. Ideally, this sort of exercise would precede a walk-thru session or OTA practice, sessions that would further instill that knowledge and communication.

Only so much can be done this spring.

These three guys have the best chance to stick at the bottom of the roster.

This year’s training camp will reveal whether Johnson spent enough time honing his craft. It will be easy to identify if he’s more consistent at the catch point or still plagued by the same issues that caused his roster chances to dwindle last year.

While Amari Cooper, Michael Gallup and CeeDee Lamb’s roster spots are secure, it’s anybody’s guess as to who will fill in the two or three spots behind them. If Johnson comes to camp with better ball skills and reinvigorated confidence, he has a real chance to make the roster despite his dark-horse status.

Cooper, Gallup and Lamb are all great receivers — possibly the NFL’s best receiver trio — but none of them are true burners who can be utilized as field stretchers in the offense (Cooper has the speed to do it, but he’s such a nuanced route runner that it’d be an inefficient way to utilize his skills), which is why Johnson’s 4.4 speed and field-stretching ability could fill a role.

Johnny Auping with the absolute facts.

Why pay Dak that kind of money when his record against better teams is so-so?— ROBERT MATTE / MYRTLE BEACH, SC

Jonny: If you think beating good teams is hard with Dak Prescott, you should see what it’s like trying to do it without him. Dak’s career record is better than the vast majority of quarterbacks at this point of their careers. And you’re right, of his losses, many of them are to good teams, which sounds to me like a reasonable conclusion one of could have assumed to be true without even looking it up. It would certainly be convenient if he beat all the bad teams and all the good teams, but you may just have to settle for him giving the Cowboys a chance at beating any given team.

Ron’Dell Carter has a real shot to make the roster.

The Summary: This is the type of player you WANT to cheer for. Widely known as a leader in the locker room with the Dukes, he has an opportunity to make himself known with a stout training camp, but still faces a tall mountain of making the roster. However, after he appeared in five games as a freshman at Rutgers, Carter continued to improve during his time at James Madison in route to becoming the most feared defender at the FCS Level. This shows that the jump is possible, and he certainly has the build for it. But especially if Randy Gregory is reinstated by the NFL, Carter will need to impress on the field and add some pass-rush prowess to make it past camp.

Cowboys’ CeeDee Lamb changed to No. 88 because he wants to ‘keep the tradition going’ – Patrik Walker, CBS Sports

We can finally put the CeeDee Lamb jersey mystery to rest.

Everything’s bigger in Texas, including football drama. For what might be viewed as a negligible talking point regarding most teams is an instant headline when that team is the Dallas Cowboys, and the latest evidence of this point rests in the choosing of a jersey number for incoming rookie wide receiver CeeDee Lamb. It was a whirlwind 2020 NFL Draft for the Cowboys, fueled by grabbing a falling Lamb with the 17th-overall pick — setting their already potent offense up for lethality in the process — and the 21-year-old made it immediately clear he wanted to wear No. 10 in Dallas.

Simple enough, right? The number was made vacant by the team’s decision to not re-sign Tavon Austin, and seeing as Lamb will be primarily operating in the slot, it suited him. That was until owner Jerry Jones stated his want of seeing Lamb wear No. 88 to honor a dear friend of his and, with that, Jerseygate was off to the races. In the end, Lamb was assigned the same number as greats like Drew Pearson, Michael Irvin and Dez Bryant before him, and the result was an obvious side-eye by many at Jones — who they believe made an executive decision.

For his part, however, Lamb says he made the call himself, and he explained why he’d step into such a massive shadow versus establishing a more individualized legacy of his own.

“I had the option of picking 10 or 88, and I picked 10,” he said, via 105.3FM the Fan. “Then, kind of going more in-depth with the situation, understanding the tradition and how much that number means to this organization and how much of a foundation that number holds — the great legends before me and what they’ve done with that number. It was kind of like, why not keep the tradition going? Obviously, they didn’t retire that number for a reason, so just trying to keep the legacy of 88 going in Dallas.”

Gary Myers had a lot to say about Jamal Adams on Friday. Hear from him himself during an interview he did with ESPN San Antonio on a bonus episode on the BTB podcast feed.