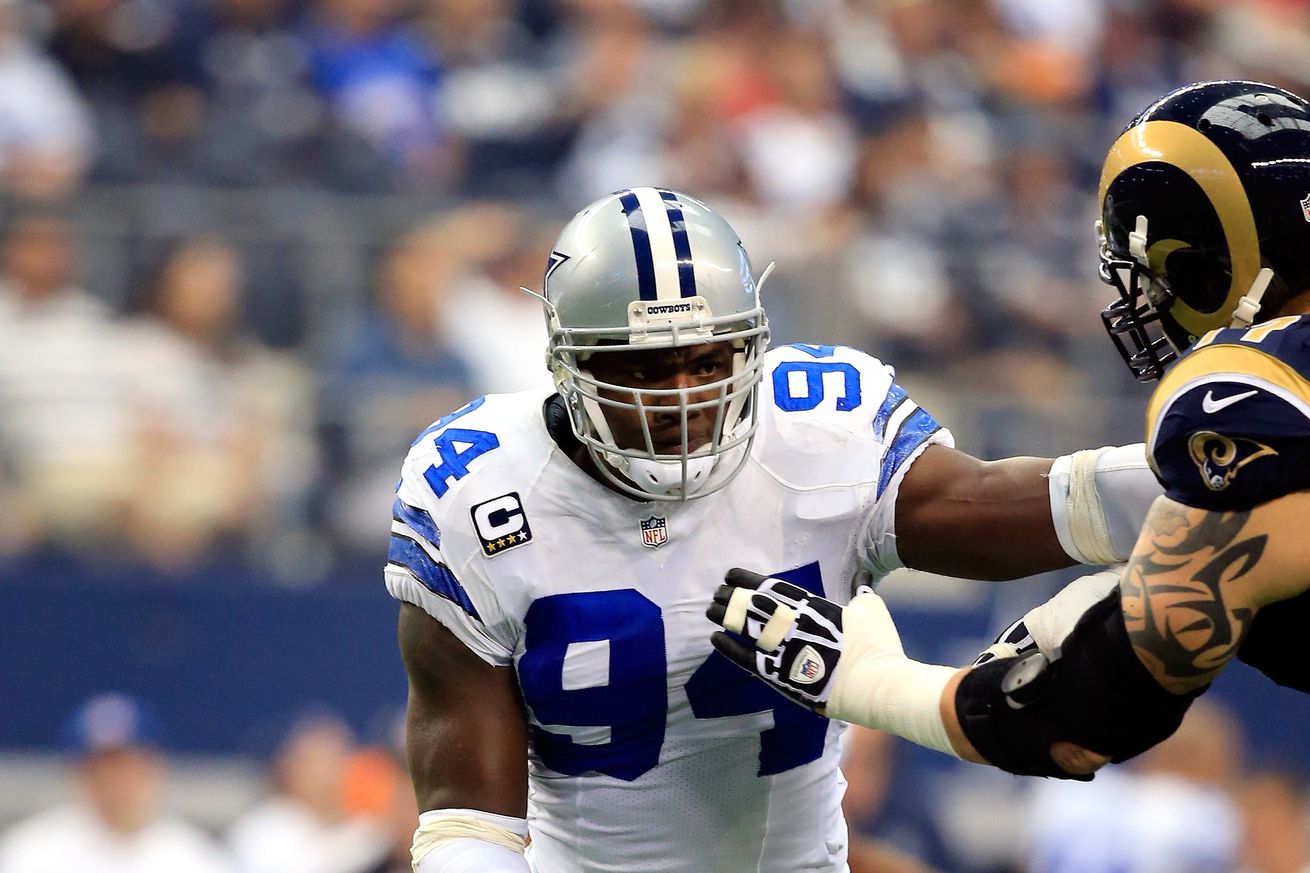 The Aldon Smith hype train is leaving the station.

One of the really intriguing things for the Cowboys heading into the 2020 season is just what they will get out of defensive end Aldon Smith. There may be out-sized attention paid to him right now, but when a guy can put up 19.5 sacks in a season, there’s going to be some curiosity. Of course, those 19.5 sacks came a long time ago and Smith hasn’t played in an NFL game since November of 2015.

When talking about Smith, we can’t lose sight of those lost years where alcohol was driving his decision-making. Todd Archer has an excellent article up about Smith’s recovery and it’s well worth your time to read. Smith doesn’t blame the NFL, and he doesn’t blame anyone else for his failings, he’s come to terms with his own role in all of this and that has been a huge part of his recovery. We don’t want to give short shrift to that side of his story. Archer covers it very well.

On the other side is the idea of what he can do today on the football field. We recently touched on this in a poll and also looked at what other over-30 pass rushers have done in NFL history.

One former Cowboys lineman who also played with Smith in San Francisco has something to say about Smith.

“I say this with all honesty,” said Leonard Davis, the former Cowboys Pro Bowl guard who was Smith’s teammate with the Niners in 2012, “he was a legitimate DeMarcus Ware-type player. He’s tall. He’s long. He’s very athletic. And he plays with leverage. He’s got good instincts, too. The dude can rush the passer.

“He not only can rush the passer, but he could play the run, as well. He wasn’t afraid to play the run. Some guys, all they care about is the sacks, but that wasn’t him.”

Of course, Ware is one of the most revered Cowboys ever. While no one would ever compare Smith to Ware off the field, D-Ware was a model citizen, there is something to the comparison on the field.

The question, the unanswerable question until the games start, concerns Smith’s physical shape and talent five years removed from his last NFL action. According to Jay Glazer, Smith is diligent in his workouts.

There are also two anecdotes about Smith’s strength, and these are current, not from his earlier days.

“When he put his hands on me, it felt like Kyle Long,” Glazer said, referring to the former Chicago Bears offensive lineman. “Kyle’s probably the strongest dude that’s put his hands on me. Myles Garrett is up there with the strength and speed, but [Smith] feels like Long, which sucks [when getting tackled].”

From his agent, Ron Slavin:

“He’s working with Brandon Tucker, a defensive line coach that works with a bunch of NFL players in Dallas,” Slavin said, “and the first time Aldon hit him with the pads, he said, ‘I felt like I was getting hit by a frying pan.’”

Obviously none of this matters until Smith gets back on the field and has to perform football maneuvers with pads on against real NFL linemen. A lot can change in five years away from the game. Still, there is some hope that Smith could be a surprise for the Cowboys defense and provide a solid bookend for DeMarcus Lawrence