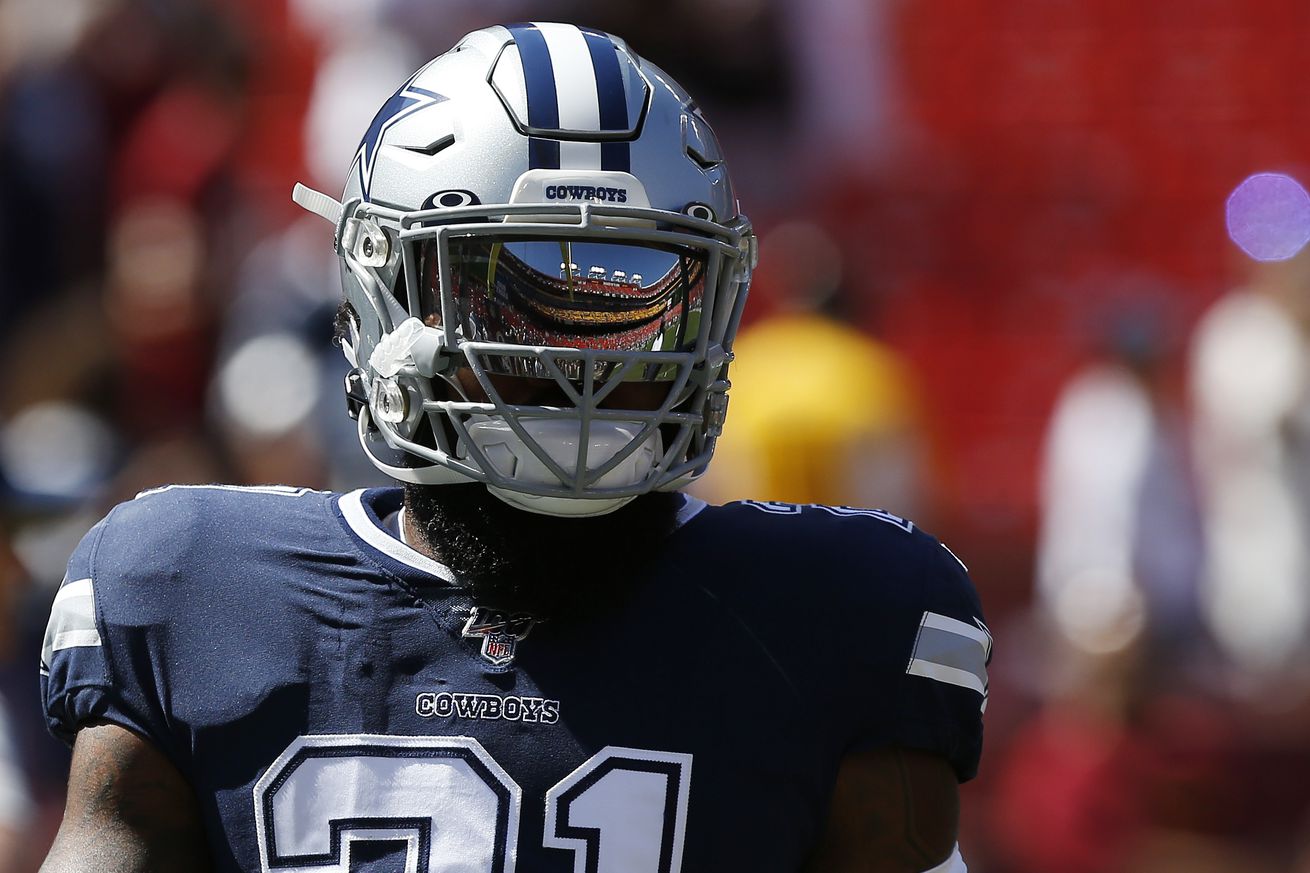 Monday brought with it the news that Dallas Cowboys running back Ezekiel Elliott is among the players on the team that have tested positive for Covid-19. Obviously this is big news for the team and National Football League as a whole.

What should be more obvious, though, is that this is news regarding Ezekiel Elliott’s health. The Dallas Cowboys are clearly aware that providing information like that isn’t exactly legal and as a result released a team statement to the media regarding any Covid-19 positive results.

Statement from Cowboys: “Due to federal and local privacy laws, we are unable to provide information regarding the personal health of any of our employees. We are following all CDC, local and NFL guidelines to keep our facilities safe, including limiting employee access.”

There are reports that there are two Dallas Cowboys players that are positive and the identity of any non-Zeke player is still unknown. Again, the Cowboys are being cautious with sensitive information about their team employees.

Two is believed to be the number of Cowboys players who recently tested positive for COVID-19, sources said. Team has declined to disclose their identities, citing the privacy of their personal health. https://t.co/Lm7b3MXOEv

Ezekiel Elliott spoke up on Twitter in the aftermath of this news and was simple in his statement. He asked about HIPAA which was clearly a message wondering how confidential news about his health could have gotten out to the general public.

It is more than fair for Ezekiel Elliott to have questions about matters concerning his own health. Obviously how the news got out is of question and importance to him, which takes us to the report about his positive test.

NFL Network’s Ian Rapoport was the original person to report that Ezekiel Elliott had tested positive, but he cited Zeke’s agent Rocky Arceneaux openly as a confirming source.

#Cowboys star RB Ezekiel Elliott is one of the players who has tested positive for the Coronavirus, his agent Rocky Arceneaux confirmed to me. Arceneaux said Elliott is feeling good.

If Ezekiel Elliott wants to involve HIPAA he might also want to have a conversation with his agent because clearly Rocky Arceneaux did not have a problem telling Ian Rapoport that he can confirm the fact that Zeke had tested positive.

We will keep you updated as more information on this story comes out.

Ezekiel Elliott tweeted that his agent merely confirmed the news which seems to be him absolving his agent of being the person to leak the information in the first place.

My agent only confirmed. The story was already written. Reporters had been called my agent all morning.

My agent didn’t break the story to the media

We will see what happens next.