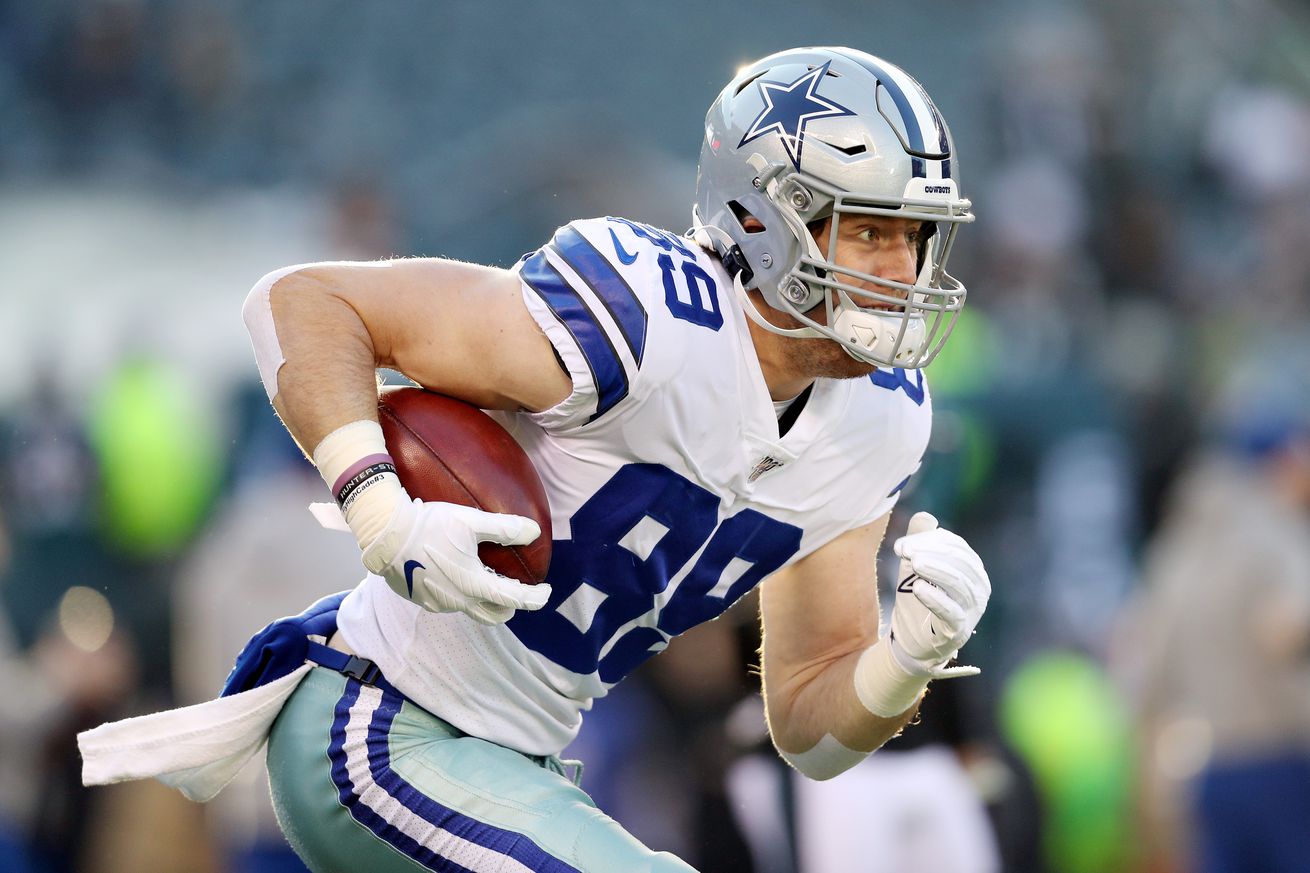 What position for the Cowboys should be of most concern?

When assessing a roster in the NFL, tight end can sometimes get overlooked. Unless you got a Rob Gronkowski, Travis Kelce, or George Kittle type of force on your team, the position becomes a case of do you at least have a competent one. The Cowboys had a competent one last year, a player who was once among the best in the game and a Hall of Famer in Jason Witten.

Even though Witten caught 63 passes last year, good for eighth among tight ends, his skills had diminished. He was no longer the blocking force he once was, and he basically added nothing more than a seven or eight yard reception with nothing after the catch. Even though he was eighth in catches among tight ends, he was 14th in yards.

That discrepancy in yards versus catches also shows up when you compare him to his teammate in 2019, Blake Jarwin. Witten averaged 8.4 yards per reception, Jarwin averaged 11.8. Jarwin was getting deeper on his routes, and he was more of a threat once the ball was in his hands.

Still, Jarwin has only had success in a limited sample. He caught 31 passes for 365 yards in 2019. With Witten’s departure and Jarwin’s contract extension, it’s clear the job now belongs to Jarwin. That’s enough for tight end to be called the biggest red flag on the Cowboys for 2020.

Jason Witten finished third on the Dallas Cowboys last season with 63 catches. A 37-year-old tight end, who averaged a career-low 8.4 yards per reception, only had three fewer snags than wide receiver Michael Gallup.

Blake Jarwin is expected to have an expanded role after he signed a four-year, $22 million contract extension and Witten went to the Las Vegas Raiders.

Jarwin caught 58 passes for 672 yards through his first three seasons. He must prove he’s capable of being a primary option within the offense, because the Cowboys aren’t stacked at tight end. Dalton Schultz, Blake Bell and Cole Hikutini have 53 career receptions between them.

Quarterback Dak Prescott leaned on Witten to work the middle of the field and provide a reliable target. The Cowboys don’t have that player on the roster right now.

Jarwin’s potential has been bubbling under the surface for a while now, but the Cowboys have yet to fully exploit it. Even when Witten was absent in 2018, the Cowboys used Geoff Swaim initially, and then when he was injured they used both Jarwin and Dalton Schultz. This year will be the first year that the job is clearly going to be Jarwin’s, and his numbers in limited use point to a player who can make a difference.

Given that, he might not be the biggest red flag on the team. The secondary is still a point of great concern for the Cowboys. Both cornerback and safety have their own issues and in today’s NFL, if you can’t stop the passing game you are in real trouble.

Additionally, the Cowboys have an open spot at center. Joe Looney is there as insurance, but the Cowboys were not as good along the line in 2018 when Travis Frederick was out and Looney filled in. That is a very important position as the Cowboys try to maintain one of the better lines in the league.

Right defensive end is also an issue for right now. Dallas could always slide Tyrone Crawford over there and feel like they are at least serviceable at the position, but the team really needs someone that can be a bookend to DeMarcus Lawrence. Aldon Smith will get his chance but he is an unknown, and we still don’t have resolution on Randy Gregory. The position is certainly in flux at the moment.

What’s your call BTB? Where is the biggest red flag for the Cowboys heading into 2020?