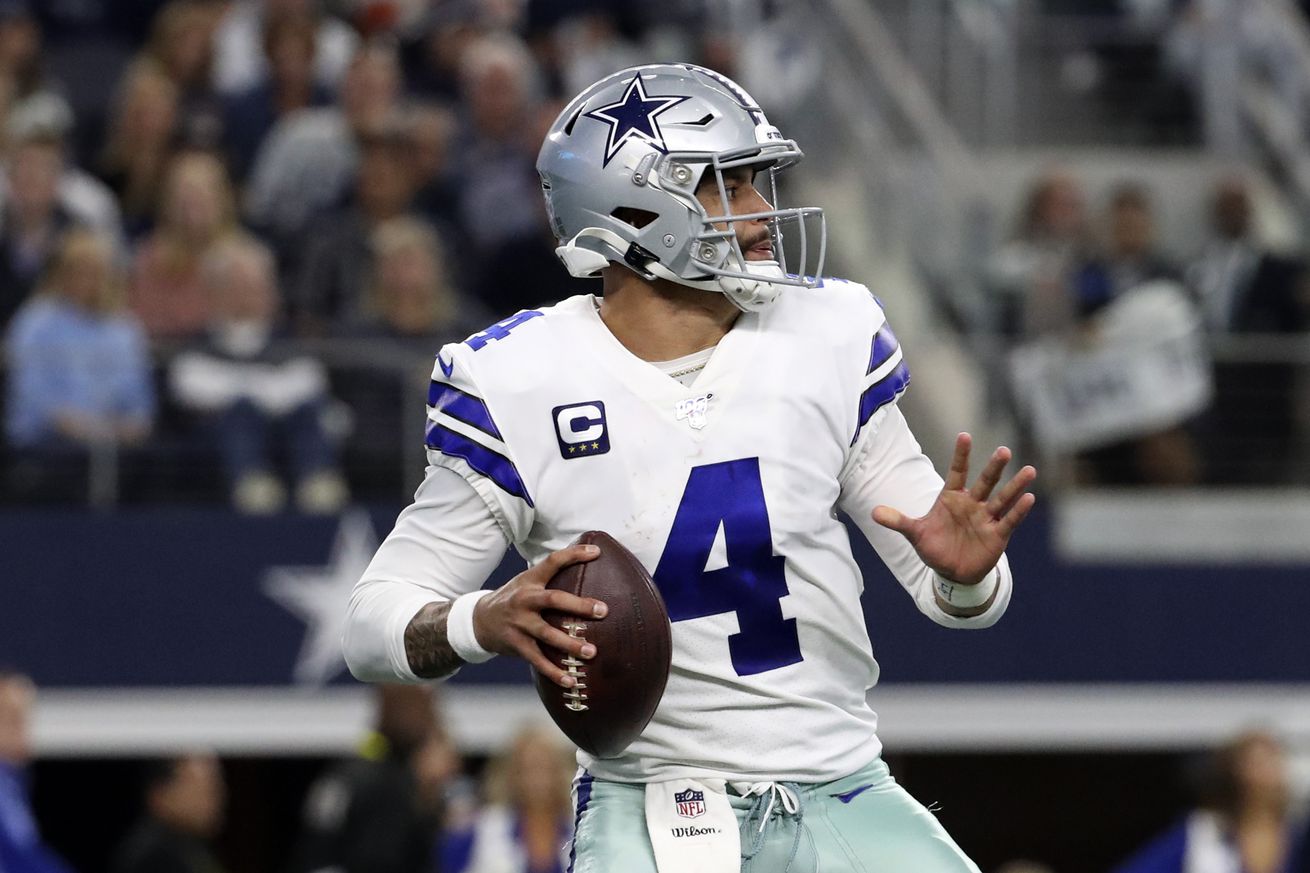 With under a month to go, the Cowboys and Dak Prescott need to make a deal.

June 15th was three days ago. That was a significant signpost on the way to getting Dak Prescott signed as it signified one month to go until the July 15th deadline. The Cowboys and Prescott are stuck in a stare-down of sorts as it’s been widely reported they are battling over the length of the potential contract. In this standoff, it’s definitely Prescott who has the leverage. He has a $31.5 million franchise tender on the table, and if the Cowboys want to franchise him again next year, Dak will make plenty of money then on his way to eventual free agency if a long-term deal is never reached.

In the immediate future, though, could Prescott engage in some kind of holdout? That question was asked of Jay Glazer.

In his latest mailbag, Jay Glazer of The Athletic was asked a question about Andy Dalton potentially starting for the Cowboys if Prescott sits out Week 1. Glazer completely dismissed the idea of Prescott holding out.

“They won’t (let it get to that). Absolutely not. It’s not part of their plan,” Glazer wrote. “Dak Prescott will be a part of the Dallas Cowboys for a long, long time. They will get this worked out.”

In a way, holding out once the July 15th deadline passes really doesn’t make a lot of sense. A deal can no longer be negotiated until the season ends which would seem to be the idea behind a holdout. Think Ezekiel Elliott last year, squeezing the Cowboys for a new deal right up until the season started. That option is not available post-July 15th.

The only things Prescott could do with a holdout is punish the Cowboys in some way for not giving him the long-term deal he wants, or force a trade. That hardly seems like something Prescott would do on either account. Le’Veon Bell didn’t force his situation until the second franchise tag.

All of this is likely to be moot anyway. Learned opinion thinks a deal will be reached, and it’s likely the Cowboys will be the ones that cave. Nobody should really worry about this getting done until the July 15th deadline.

“The reason that the franchise players are the focus is that there’s a July 15 deadline to sign your franchise player — four weeks from today,” Graziano said. “If you don’t sign them by that deadline you can’t negotiate, by rule, an extension with them until after the season ends. So where it stands with Dak Prescott and the Cowboys is July 15 is the deadline, there have not been significant talks in recent weeks. The expectation is that those talks will ramp up prior to July 15 and that a deal will get done. Marcus Spears said he was panicking. I would tell him not to panic until after that deadline passes.”

It will happen, we just have to wait.