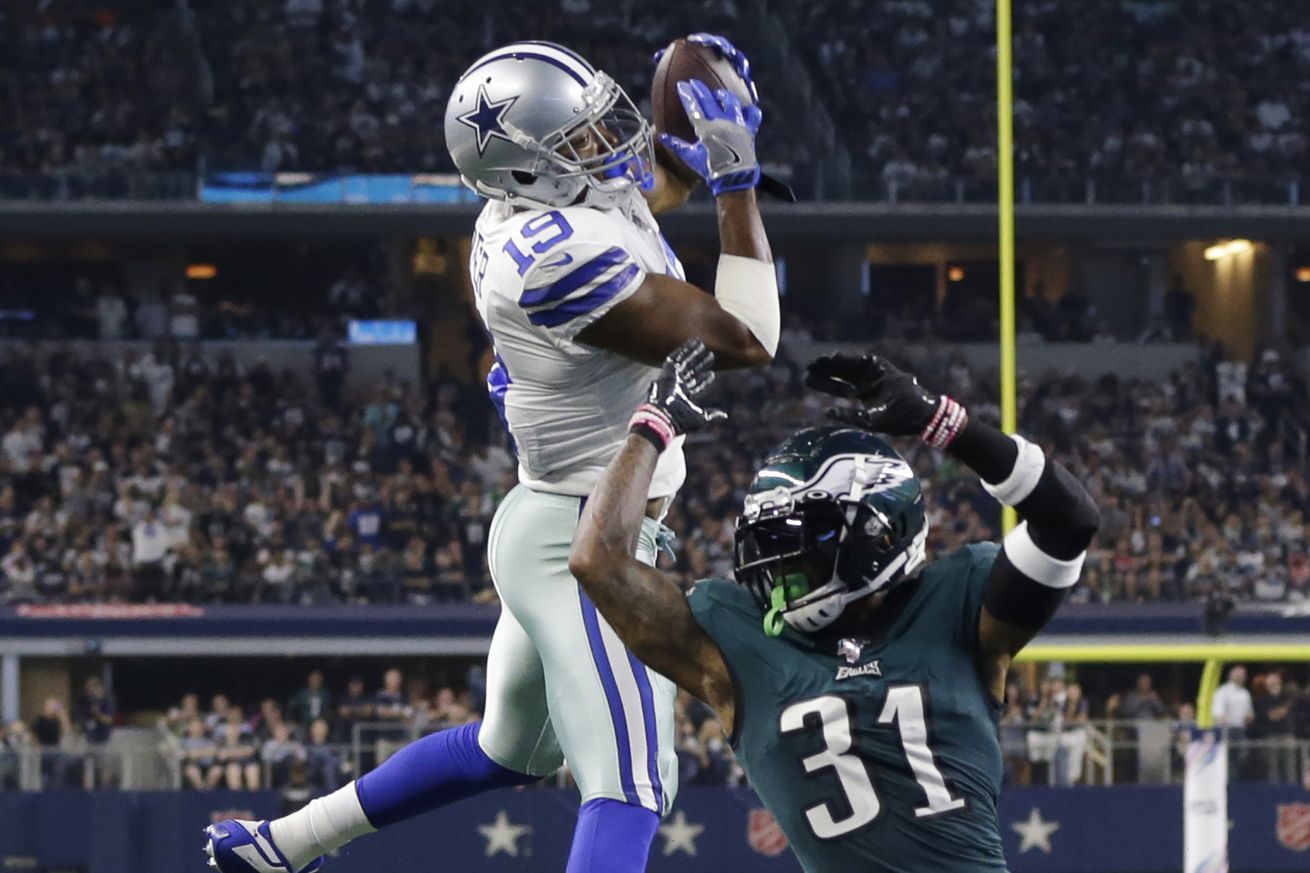 Coop is ranked among the best wideouts in the National Football League.

There has been plenty of discussion about the Cowboys’ passing attack this offseason. Quarterback Dak Prescott is coming off a career-best individual season and is awaiting a nice pay day. Amari Cooper and Michael Gallup both surpassed the 1,000-yard mark. CeeDee Lamb fell to pick 17. Mike McCarthy is an offensive coach with a successful track record.

The Cowboys were among the best passing offenses in all of football, and the team has a chance to be even better this season. The addition of Lamb gives the Cowboys arguably the best wide receiver trio in the league and there is hope that tight end Blake Jarwin takes the next step in his development without having Jason Witten blocking his way.

There was some debate about Amari Cooper’s value when the Cowboys sent their 2019 first-round draft pick to the Oakland Raiders in exchange for the 2015 fourth-overall selection. Cooper has always had the talent, but injuries, inconsistent hands, and poor showings away from the home stadium made many pause about his true worth. After all, it is not like the pairing of Cooper and Raiders quarterback Derek Carr were setting the league on fire.

Dallas, however, believed Cooper had the talent to be a true WR1 and help Dak Prescott reach another level. Sending a first-round draft pick is not something many general managers want to do, but Cooper immediately proved to be worth the cost as he helped the Cowboys finish the regular season with seven wins in the final eight games and reach the Divisional Round after knocking off the Seahawks in the Wild Card.

The wide receiver position is arguably the deepest position in all of football. Between veterans like Julio Jones, Michael Thomas, and DeAndre Hopkins to the up-and-coming stars, there is no shortage of talent. The question is: where does Amari Cooper rank at wide receiver across the league?

CBS Sports has been releasing top-10 lists of each position across the league this week, from quarterback down the list. Prescott was ranked inside the top-5 of quarterbacks across the league. Ezekiel Elliott ranked as the number-two running back, per CBS Sports. With two Cowboys ranked in the top-5, where did Amari Cooper land in the wide receiver rankings?

Amari Cooper was ranked as the sixth best wide receiver in the National Football League by CBS Sports.

Cooper has proven to be one of the better wide receivers around the league since landing in Dallas and catching passes from Dak Prescott. The former Alabama star landed at number six on the CBS Sports wideout rankings per Jared Dubin. Cooper ranked higher than notable names such as Odell Beckham Jr., Chris Godwin, and Mike Evans in these rankings.

I can hear the complaints already. Cooper ahead of Evans? Really?

Well … for his career, Evans averages an 82-1,291-9 line per 16 games. Since arriving in Dallas, Cooper has averaged 84-1,225-9 per 16 games, and he’s done it on considerably lower target volume. (He’s played all 25 games.) He’s also got a much higher catch rate (67.2 percent), so even though his yards per catch average (14.6) trails that of Evans, he’s still been a bit more efficient on a per-route basis (2.24 yards per route run). That advantage holds even if you take out Evans’ rookie season, where he was something of a co-No. 1 option alongside Vincent Jackson.

Cooper’s sporadic injury issues have affected him only slightly since being traded to the Cowboys, and his once sky-high drop rate has fallen from 6.4 percent in Oakland to 4.6 percent in Dallas. It also seems far more likely that the strange home-road splits Cooper has exhibited in Dallas are the result of a small sample than something we should expect to continue into the future, considering he did not display the same splits during his time with the Raiders. (Those splits are also affected by the fact that he played only three snaps in one of his 12 Dallas road games. They’re not quite as dramatic if you take that game out of the equation.)

Cooper’s arrival also hastened the breakout of Michael Gallup, who has been able to take advantage of opposing No. 2 corners while working opposite his star teammate. Gallup is more of a pure X receiver than Cooper, who has the flexibility to move around, and he’s benefitted from having someone to draw attention away from the boundary.

The Cowboys passing attack has reached new heights since Cooper arrived in the DFW. Dubin believes that Cooper could have a “monster season” in 2020 with the coaching of Mike McCarthy and Kellen Moore.

2020 Outlook: With offensive coordinator Kellen Moore remaining in place under new head coach Mike McCarthy, and with CeeDee Lamb joining Cooper and Gallup in three-receiver sets, Cooper could be operating in more space than ever before, while also perhaps playing in the pass-heaviest offense of his career. Considering his chemistry with Prescott, that seems like the recipe for a monster season.

Adding a talent such as CeeDee Lamb through the draft, along with the continued development of Michael Gallup on the outside, has to make Cowboys fans excited about what the pair of McCarthy and Moore can draw up in the passing game.

If Cooper is indeed considered a borderline top-5 wide receiver following the 2020 season, that should mean very good things for the Cowboys and for quarterback Dak Prescott. Regardless, it is very safe to assume that the Dallas passing offense should again finish near — if not at — the very top of the league.