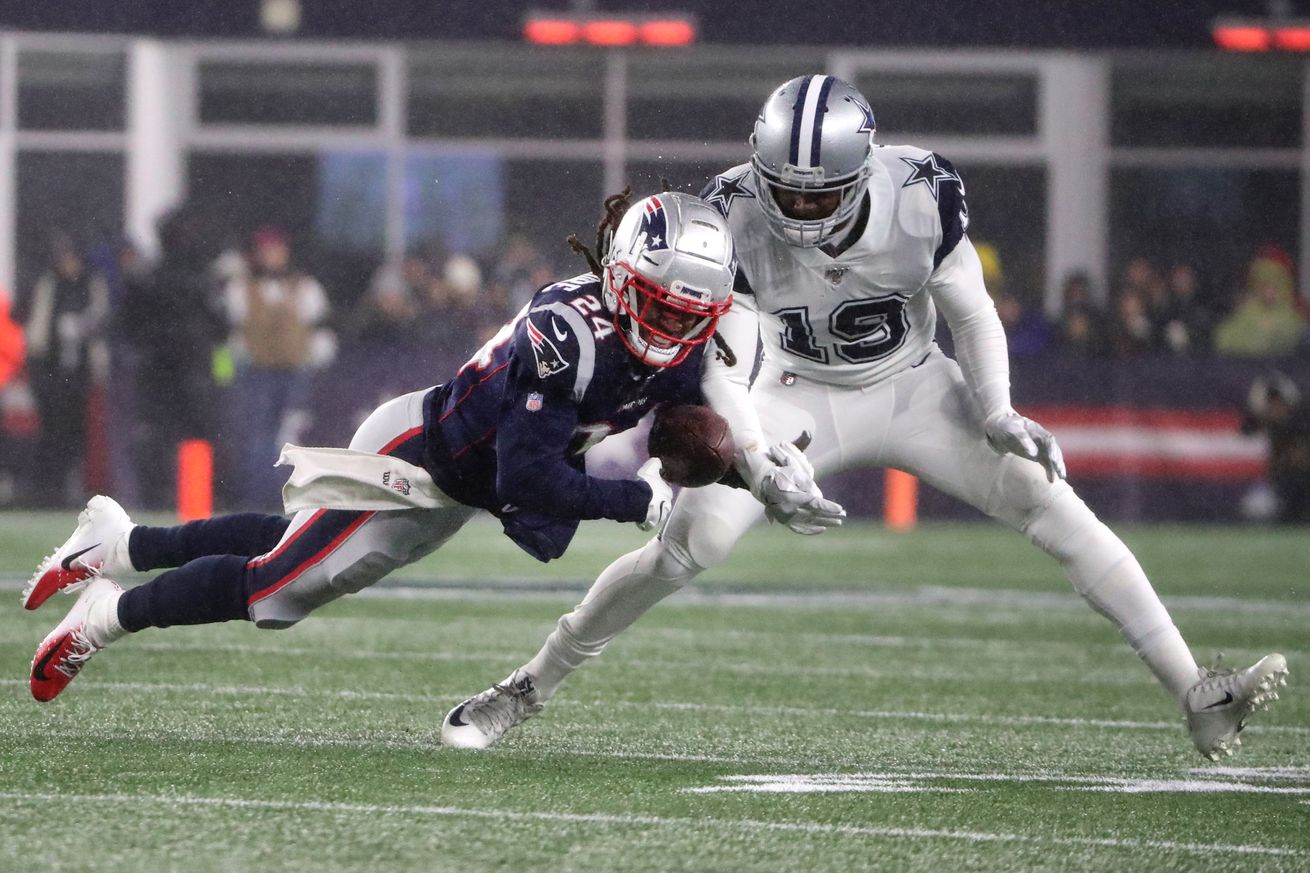 The Cowboys better start breaking some old habits in 2020.

One of the more difficult games to watch last season for the Dallas Cowboys was without question their contest against the New England Patriots. It was literally difficult to watch as it was raining like crazy.

The Cowboys struggled against New England, shocker, and thanks in part to the rain had a forgettable offensive performance. Of course going up against the future Defensive Player of the Year in Stephon Gilmore did not help, and unfortunately he had an interception against Dak Prescott.

Lately the NFL has been publishing a series that they do on Game Pass called Film Session onto their YouTube channel. Kurt Warner and Brian Baldinger break down a player’s tape with them, recently they did this with Amari Cooper and it is well worth your time.

Stephon Gilmore was on an episode of Film Session as well and at one point described the interception that he had against the Dallas Cowboys. He noted that when the Cowboys would run a route during a game that they tended to repeat that route later on which is how he was able to pull off the interception. Jump to the two-minute mark to see for yourself.

“It’s 3rd and 2. Another bunch route where I’m on Amari Cooper, obviously following him the whole game. They ran this route early in the game. The same exact route. I said okay, ‘Dallas if they run routes during a game… they run the same, they start running a repeating route.’ So I knew it was coming. I said ‘okay I’m not going to get physical with him. I’m going to just undercut him and run with him.’ I’ve got a safety over the top. There’s no way he’s running that fast and stopping and going somewhere else, so I undercutted it and was able to make a play. As soon as he released inside I knew where he was going. It’s all about beating him to the spot then.”

This is hardly the first instance of someone calling the Cowboys offense under former head coach Jason Garrett predictable to any degree. Former players for the Cowboys themselves have criticized the way that things tended to happen on offense in the predictability department.

It is worth mentioning that the Cowboys retained offensive coordinator Kellen Moore but moved on from Jason Garrett obviously and wide receivers coach Sanjay Lal. Perhaps there was a much-needed change so that things like this don’t happen in the future.