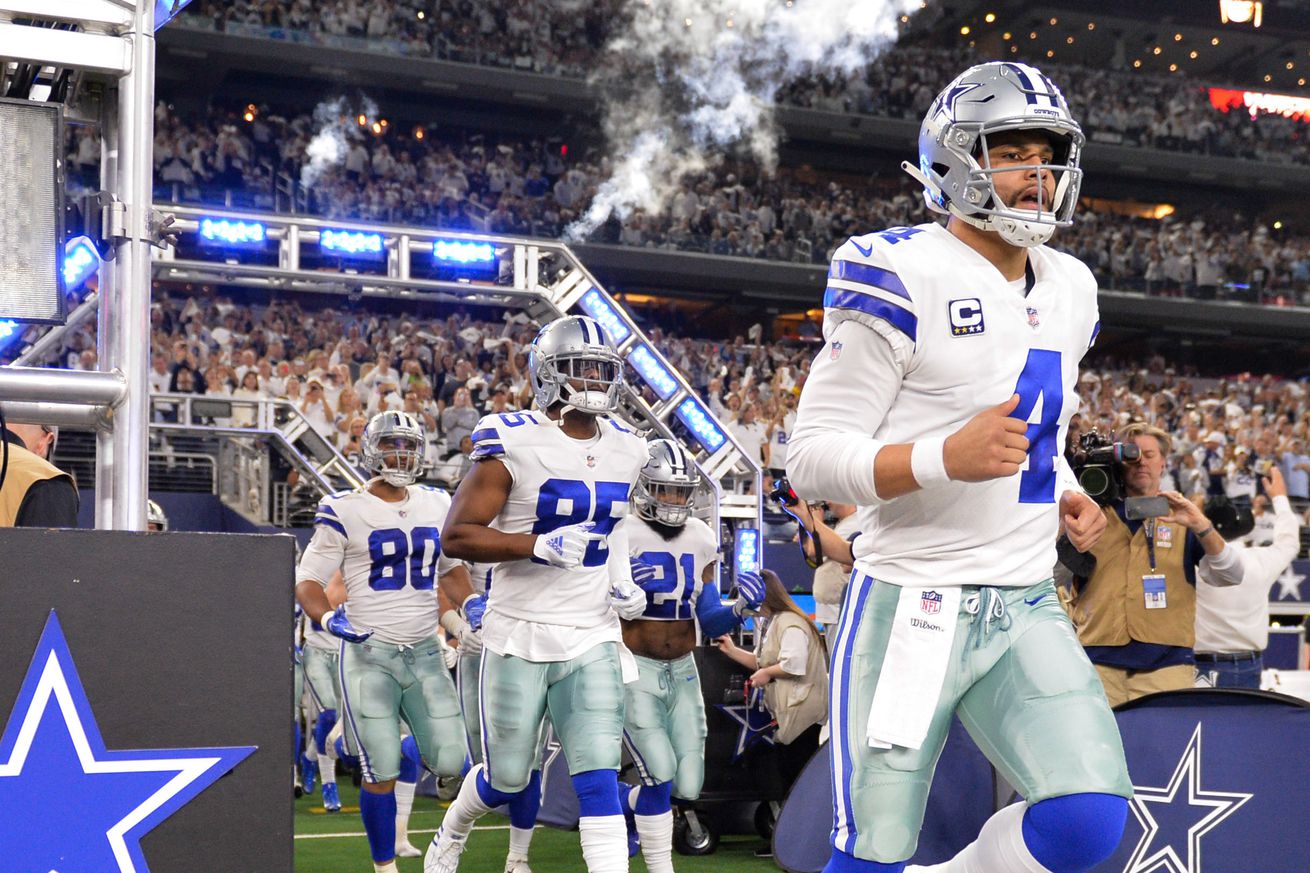 If you want to make the playoffs you need to win your division.

Everybody knows in the NFL that the easiest way to make the playoffs is to win your division. The Dallas Cowboys fell short last season but with a new season hopefully starting soon, they will need to be prepared for their NFC East rivals. So let’s take a look at the biggest offensive and defensive threats on each of the NFC East teams.

Each team brings a different set of problems that the Cowboys will have to deal with. An while most of them are on the field, they also have some that are on the sidelines as well. So let’s get to it.

During his time with the Dallas Cowboys Jason Garrett had his ups and downs but one thing was certain, he was going to get the best out of his starting quarterbacks. While he predominately had success with quarterbacks in Tony Romo and Dan Dak Prescott, the reason for that success was his dedication to making them the best player they could be.

Being a former quarterback himself he knows what it takes to make it in this league and that knowledge is now going to be passed on to Giants quarterback Daniel Jones. What makes it even more of a threat is that Garrett doesn’t have to focus on the entire team anymore and can put his full attention on Jones who already has shown he can make plays and win games with this arm and legs. This combination is going to make it tougher on the Cowboys defenders in the future.

The Giants interior defensive line has always given the Cowboys fits and now that Pro Bowl center Travis Frederick is no longer suiting up it’s going to be a lot tougher. The combination of Dexter Lawrence and Leonard Williams are going to be a tough tandem to protect against. The Giants are definitely going to try to exploit the interior of the Cowboys offensive line no matter who starts there this season.

Lawrence’s strength and Williams’ speed are more than likely going to give the Cowboys fits in both the running and passing game at times during games. The Cowboys could be forced to engage in more double team blocks on Williams and hoping that Zack Martin is able to handle the power from Lawrence on his own. If they can then they have nothing to worry about.

When the Dallas Cowboys faced the Eagles in the past they knew what they were going up against and who they had to focus on to stop the defense. But now 2020 is going to be an entirely different situation with the speed they’ve added to this offense. Pedersen has always been very good at getting the matchups he wants and now that speed is going to give him more toys to play with.

Last season, while he was on the field, DeSean Jackson helped open the entire offense with his big play ability. Pedersen now has two speedsters in Jackson and rookie Jalen Reagor to go along with the tight end tandem of Zach Ertz and Dallas Goedert and Mile Saunders in the backfield. Pedersen has re-tooled his offense, and he can now come up with new concepts to breakdown the questionable Cowboys secondary.

The Eagles defensive line also has a very good pair of pass rushers in Brandon Graham and Derek Barnett. Both have caused problems for the Cowboys in the past and will force the Dallas to man up and take on their blocks. The Eagles defensive line is a well-rounded unit and will be the biggest hurdle the Cowboys will have to get over in the NFC East.

When the Redskins took McLaurin in the third round of the 2019 NFL draft last season, no one expected him to explode on the scene and become their best receiving threat. Now the Redskins are going to need him more than ever as new head coach Ron Rivera takes over an offense that failed to get anything going. Rivera will want to have a strong running game to help second-year quarterback Dwayne Haskins succeed.

For Rivera to have that running game, his receivers are going to need to make plays to open up the offense. McLaurin is going to be the player that will be tasked to get that going for a roster of receivers that have little to no real experience on an NFL field. The Cowboys are going to need to make sure that they are able to stop McLaurin so that they can make the Redskins on dimensional and easier to stop.

The defensive ends for the Redskins are going to be a tough matchup for most teams in the NFL this season. The speed that the 2019 and 2020 first-round picks (Sweat and Young) bring is something that will be troublesome for all teams. That speed to get around offensive tackles is going to keep them in a lot of games.

They may not get home and sack the quarterback, but they will be able to speed plays up and force quarterbacks to step up in the pocket where Jonathan Allen and Daron Payne will be waiting. The Cowboys are fortunate to have two very good tackles protecting Dak Prescott but both have had their problems with speed rushers in the past and you have to hope that they can handle these two defensive ends.