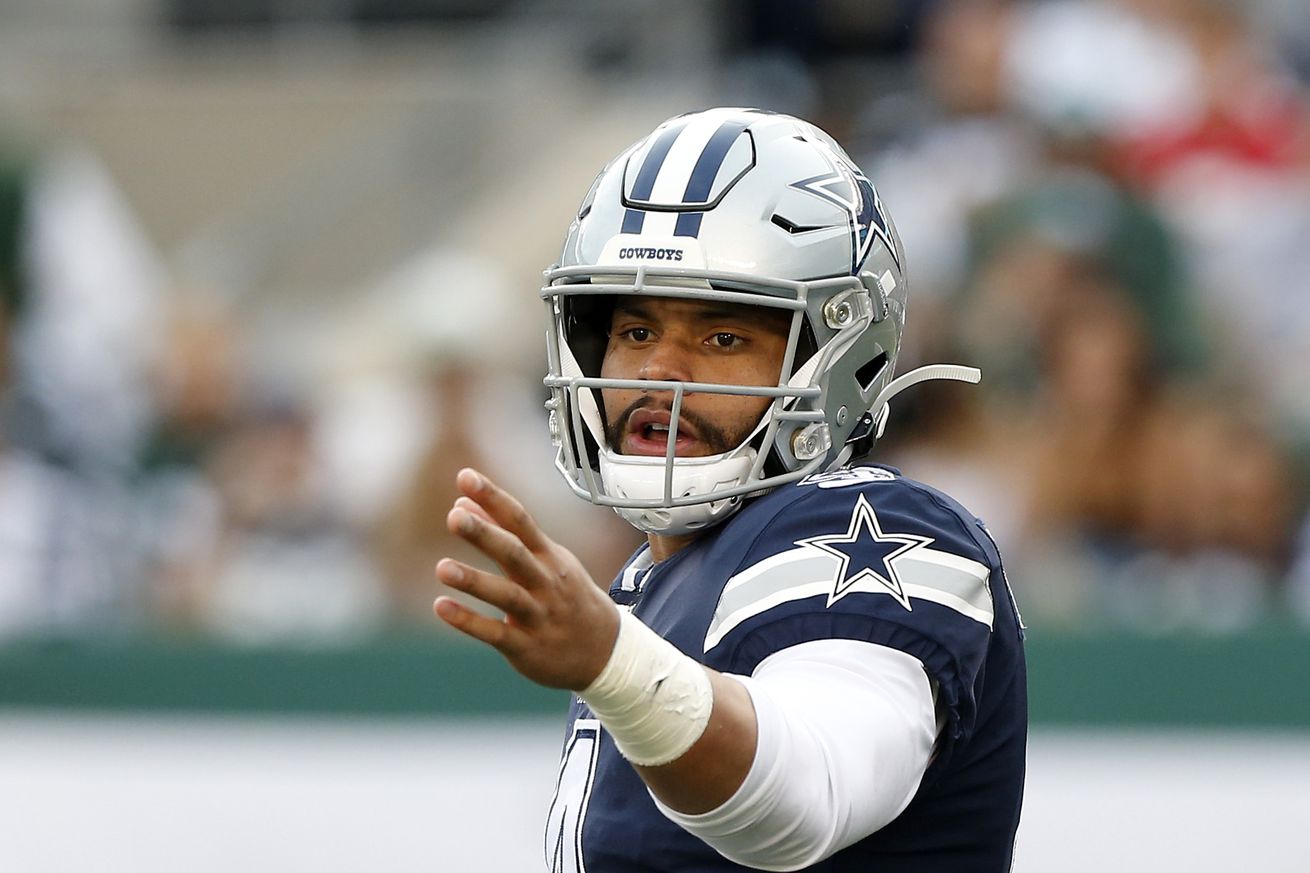 The ongoing saga of the Dak Prescott contract…

It’s official – Dak Prescott will be playing for the Dallas Cowboys in 2020.

He and the Cowboys still have until July 15 to work on a long-term deal, but he is officially under contract for the 2020 season.

This isn’t a breaking development in the story as most everyone felt there was little to no chance Prescott would take the LeVeon Bell route and sit out the season because a contract extension wasn’t reached. That part of the story can be put to rest as Prescott will, at the very least, earn the tag cost of $31.4 million for the upcoming season.

Breaking that down into bi-monthly payments, that’s roughly a whopping $4 million paycheck the quarterback will be receiving twice a month starting in September and continuing all the way through January 3rd when the Cowboys finish the regular season. That’s a pretty nice paycheck, especially considering he has a career football earnings of $4.9 million over the past four seasons collectively.

Prescott is still looking for a bigger payday and signing the franchise tag doesn’t change anything as he and the team hope to get a deal finalized before the July 15th deadline. If a new deal isn’t reached by then, Prescott will play under the tag for the upcoming season as they would no longer be able to sign a multi-year deal until the 2020 season ends. As it stands now, that’s still the big deadline we should have circled on our calendars.

Should the two sides not be able to reach an agreement by the deadline, what happens exactly in terms of what a future contract might look like? Who then has the leverage?

How it could impact the Cowboys

With no new deal the Cowboys will find themselves in this same situation next offseason. They will again place the franchise tag on Prescott to keep him from negotiating with other teams, but this time it will be more expensive. A second-straight tag comes with a 20% pay raise that will equal close to $38 million in 2021.

The problem with that isn’t so much the higher price, but rather that all of it would count against the Cowboy 2021 salary cap. That could become a big problem should the NFL experience a reduction in the salary cap due to the COVID-19 pandemic, resulting in less revenue from fewer (or maybe no) fans in the stands.

When negotiations finally come around again, the front office will be facing demands that should be even higher. With each new day, his asking price goes up as the Cowboys have drug this thing out so long that the contract Prescott is likely to receive should be record-breaking, either in terms of average salary or guaranteed money (or both). And with a revamped offense, it’s going to cost them even more.

How it could impact Team Dak

For Dak, there’s always the inherent risk where an injury may sway his future value. Prescott’s been extremely durable, having never missed a single game in his pro career, but the risk is still there.

Another factor is the great unknown that comes with the 2021 free agent market. If salary caps are reduced, teams will be scrambling to cut costs, and it’s ultimately going to drive the price down on soon-to-be free agents. Just as we preach that “going rate” value to explain the rising cost of signing a player, the same is true if the market takes a dive. It would definitely have an impact for free agents looking for new deals.

Looking ahead to teams that have a lot of money to spend in future years (Colts, Chargers, Jaguars, and Redskins), they are also teams that are in need of a new franchise quarterback. Not that Prescott has any plans to leave Dallas, but hitting the open market would give some teams a distinct advantage when it comes to being able to afford a high-priced quarterback.

All these things come into play, but it will all be moot if a deal can get done before the deadline.

This was my Dak Prescott contract prediction at the beginning of the year, and I’m sticking to it:

I’m also going to predict that the deal gets done on July 13th, which is exactly three weeks from today.