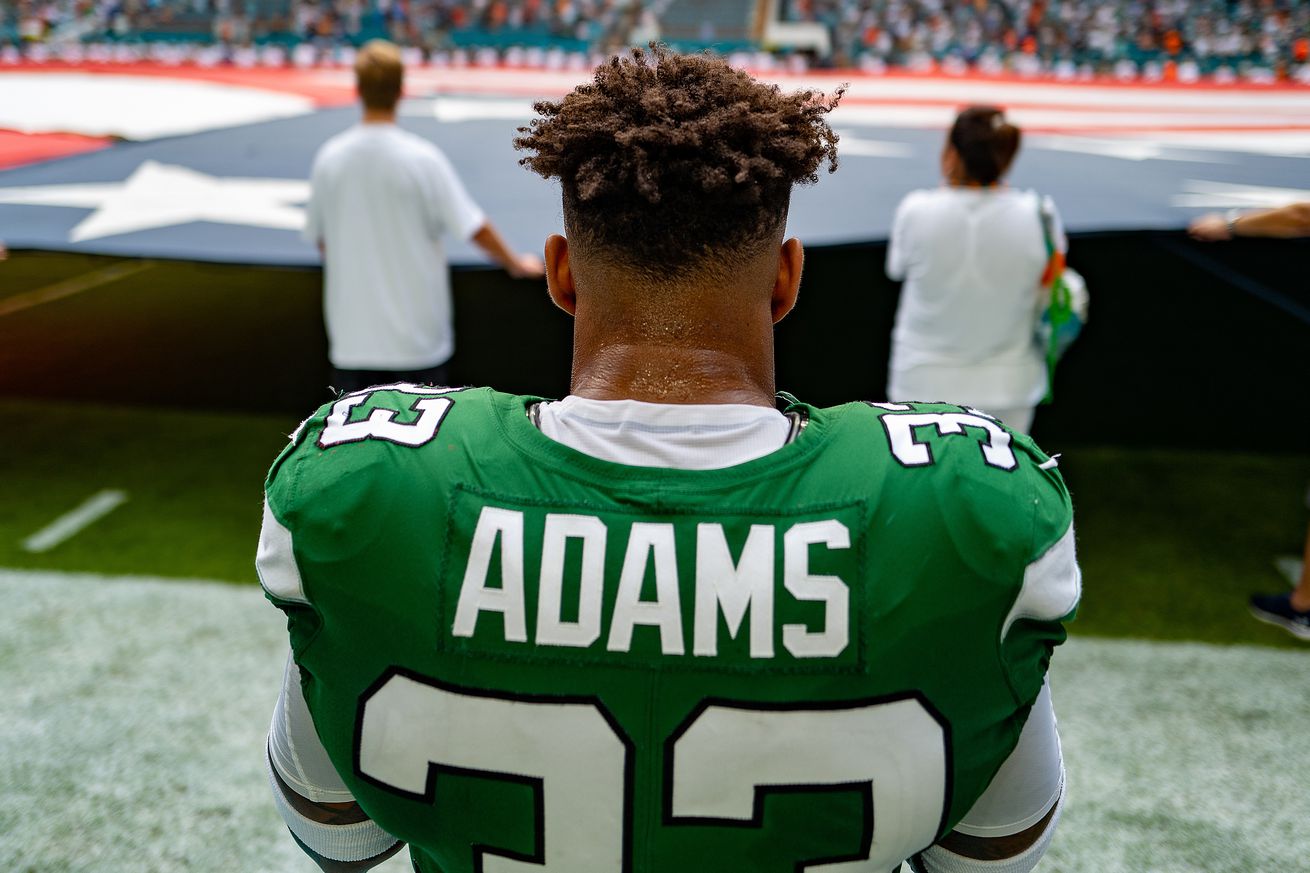 Some more speculation around Jamal Adams.

Everybody has a take on the Cowboys. They love them, they hate them, they know somebody that loves or hates them, every single NFL fan has some sort of thought on America’s Team.

Many people have pointed out the attention that the team draws when contracts come due for certain players. Whether it was Ezekiel Elliott last offseason, or Dak Prescott this season, there are always people who float what players can make off of the field while wearing the Cowboys uniform. Emmitt Smith said that about Dak Prescott this offseason.

Players should earn everything that they can however they can do so, and whether they want to consider the marketability that the Cowboys provide is up to them. Apparently one player who currently does not wear a star on his helmet but really wants to do so is considering what the team brand can offer him.

If there is anything that anybody knows these days it’s that Jamal Adams wants to play for the Cowboys (or the Texans or the Buccaneers or the Seahawks… there’s a list). He has been linked to Dallas for some time now if the New York Jets do indeed trade him away. He is from the area after all.

While Adams was recently seen saying that he was trying to get to Dallas, it is hard to know what that trying means. Perhaps it means liking things on social media or maybe it literally means trying in terms of contractual demands. Adams wants to get paid but is apparently willing to “bend” on certain things if he does end up with the Cowboys thanks to the marketability that the team brand has.

A few additional notes on the Jamal Adams situation as it relates to the #Cowboys according to a source close to the situation. A thread…
1. There is a trust issue with the Jets now. He felt like he has been a team first guy even with coaching changes. (Cont)

2. He was told they would redo his contract and haven’t. Making him wonder how committed they are to him.
3. He’s willing to bend, as suggested on the contract, and has even considered the money he can make up for whatever he bends on in the Dallas market.

This is certainly an interesting detail in all of the Jamal Adams discussions. In some ways this situation is comparable to the one that cornerback Jalen Ramsey was in the middle of about a year ago with the Jacksonville Jaguars. He wanted to get paid and was ready to make that happen whatever the case.

Ultimately the Jaguars traded Ramsey away to the Los Angeles Rams and he has yet to get a new deal (he also said that he wouldn’t be holding out this offseason). That’s significant.

Obviously Jamal Adams wants to get paid and if the Cowboys trade for him they will have to be the team that writes him a check; however, it might not be as terrifying of a situation as many people are making it out to be. With Adams seemingly willing to “bend”, perhaps him benefiting from the power that his hometown team has can make things as fiscally nice as they can possibly be.