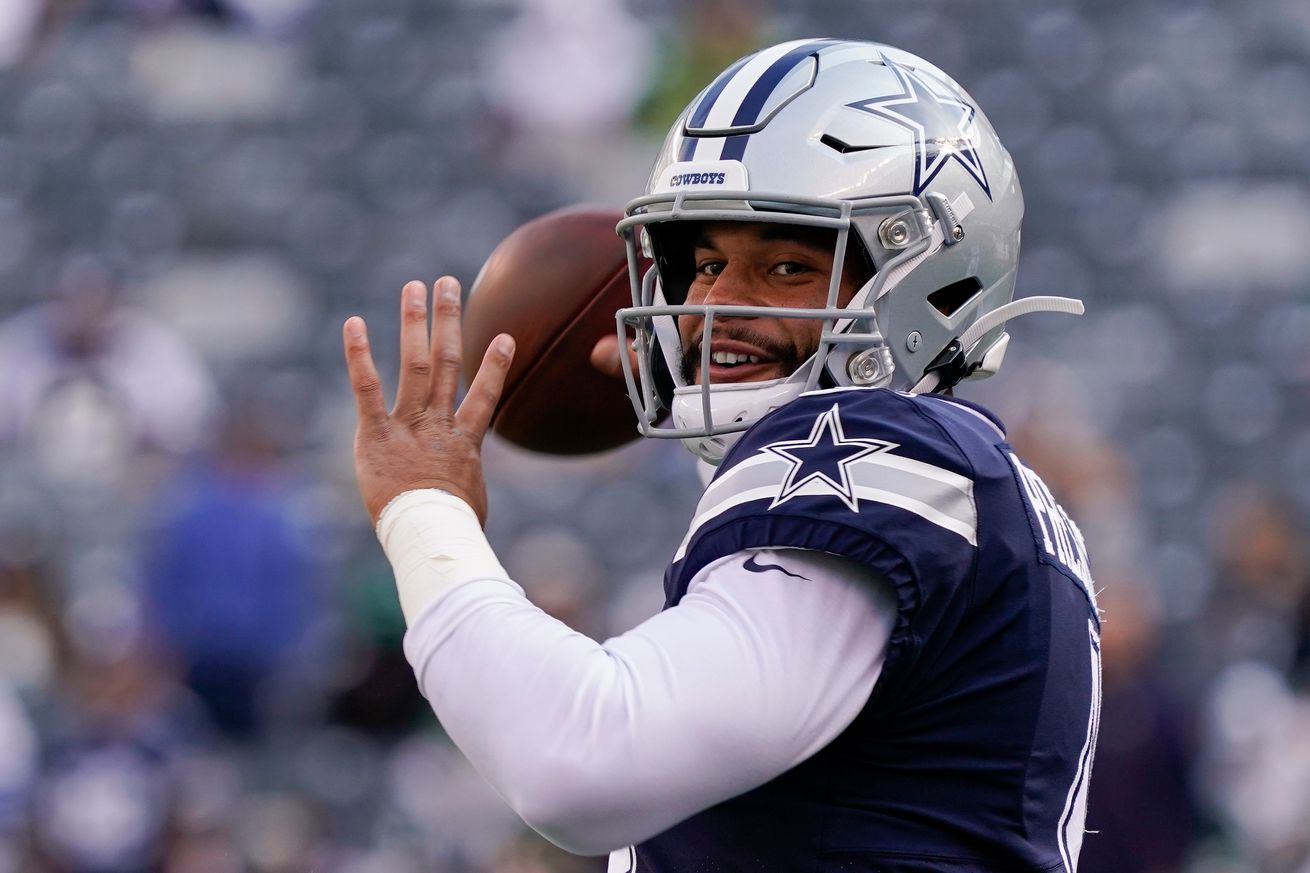 Moves on the chessboard, but do they add up to a coherent strategy?

Monday brought with it some significant news for the 2020 Dallas Cowboys as quarterback Dak Prescott officially signed his franchise tender. He is now, obviously, under contract for the upcoming season (whenever and however it is ultimately played).

This news doesn’t really solve the Dak Prescott “issue” that the Cowboys have, meaning that they still need to work out a long-term deal with their star signal-caller. The Cowboys have until July 15th to strike a deal with Dak Prescott’s representation so we will all be monitoring the situation very closely for the next few weeks.

Considering that Dak Prescott still had some time between now and July 15th, many people began to wonder why he would sign the tag now when it feels somewhat random and all of a sudden. We obviously do not know exactly what went into Dak’s decision, but one theory is particularly interesting.

Could Dak Prescott being trying to add another incentive for the Cowboys to give him a long-term deal?

There is an inherent reason for giving Dak Prescott a long-term deal in that the Cowboys will have a young franchise quarterback leading their team for the foreseeable future. Again, that is incentive enough to give Dak his deal.

This situation has reached just about the 10th hour and Dak Prescott has obviously been very patient which again brings up the question of why he would sign the franchise tag now. Up until this news broke all that had been going on with the Cowboys was speculation about them potentially trading for safety Jamal Adams, but many people dismissed that possibility as they feel like it is not financially possible given the constraints that the team is facing with their other contracts.

What if the Cowboys had less money tied up and therefore more room to go out and acquire Jamal Adams (and hand him his own big-time deal in the aftermath)? That’s what Yahoo’s Charles Robinson tossed out as one possible explanation for Dak signing his tag now.

Why would #Cowboys Dak Prescott sign his tag now? Tactically, if Dallas wants to pursue a trade + extension for #Jets Jamal Adams, having Dak’s tag on the books makes it tougher. A Prescott extension makes an Adams trade easier. Dak just added incentive to get his extension done.

It is worth mentioning that Robinson has been very plugged in on all things Dak Prescott as context with this particular point. Whether Jamal Adams was any part of the motivation for Prescott signing his tender is obviously hard to prove, but this logic is very interesting.

Say the Cowboys really do want to do everything that they can to try and trade for Jamal Adams. Dak Prescott doing what he can to help the team get there is a noteworthy thing and technically a move in the pro-Jamal direction.

For what it’s worth, the Cowboys could seemingly afford Jamal Adams regardless of what happened with Dak’s tag situation.

The tag was counting on the cap at the $31.4M regardless of whether he signed it or not so I dont think it will make it any more or less difficult on Dallas right now. Cowboys hav around $11M in cap room. Adams will cost about $3.5M cap w/o extension; $5-6M w/ext.