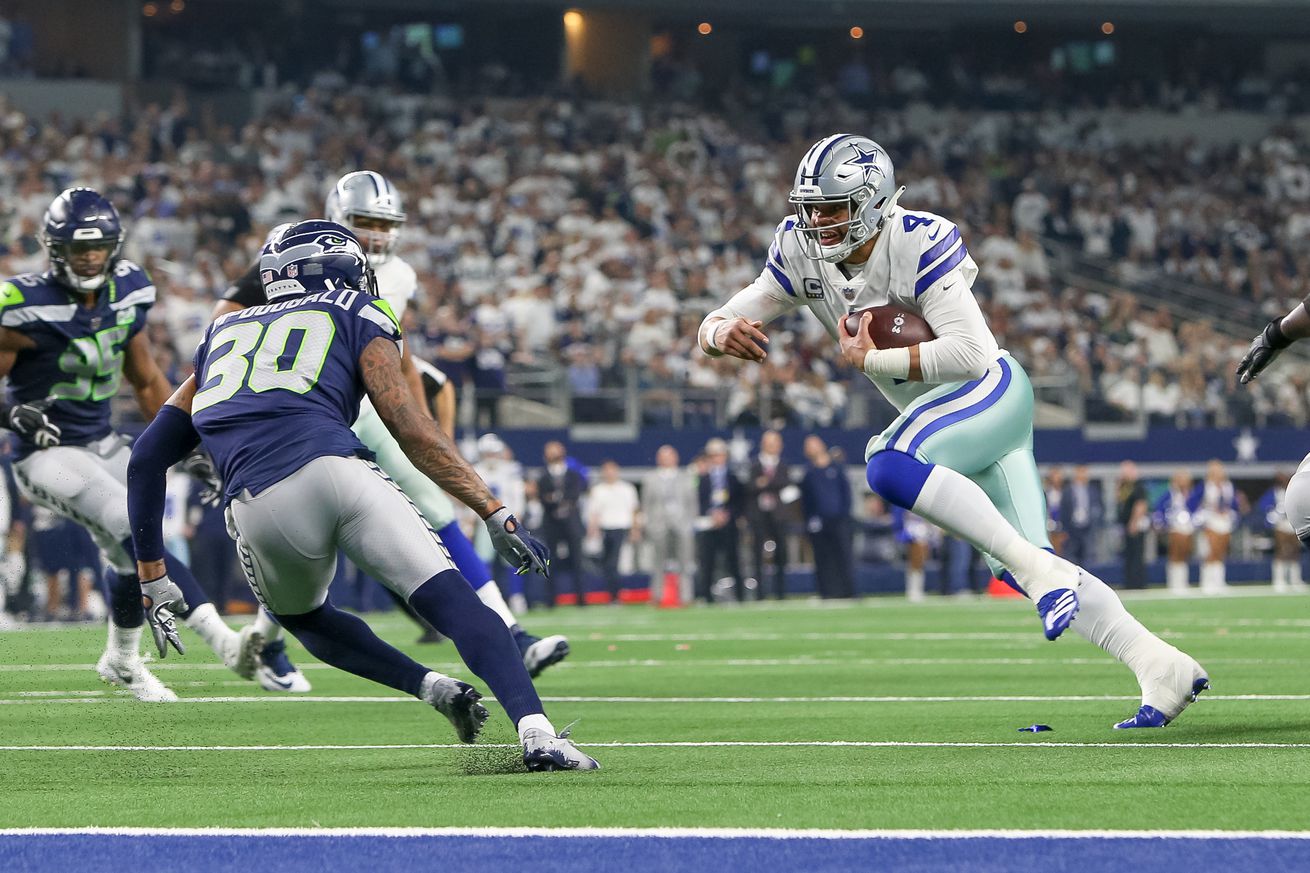 The Cowboys need to think about Dak Prescott’s legs a little more.

Whenever you evaluate quarterbacks, or anything really, you have to look at the whole picture. There are times when you get into discussions about Dak Prescott with people and they want to dismiss what he is able to do on the ground. Dak is an incredible passer, but he just so happens to be quite the runner as well.

Many Cowboys fans have screamed for the organization to utilize Dak Prescott’s rushing abilities more, specifically in the redzone. Given his overall athleticism he is quite difficult to stop in open space, a lesson that Josh Norman learned last season in our nation’s capital.

This is obviously a tricky subject because if the Cowboys were to “just use Dak all of the time in the redzone” then it would become predictable and would lose its level of effectiveness. We can all understand that basic principle. Still, though, his legs are a weapon that should be used. Consider how successful he’s been through his four years in goal-to-go situations.

Highest rushing grades in goal to go situations since 2015:

Prescott has run in for a score six times in every season except for the last (three). As far as his three rushing touchdowns last season, all of them came inside of the opponent’s 10-yard line. It’s almost like that is a highly effective weapon for the Cowboys or something!

Dak Prescott is a good runner in open space in general, but when the Cowboys are knocking on the door he is very difficult (as noted) to stop. Consider that he had less than three rushing attempts in five different games last year. That is ignoring a great weapon.

Mike McCarthy has been working to re-tool the Cowboys to this point as the team’s head coach, and there are many that believe that he can improve several aspects of the organization. Hopefully he realizes what the Cowboys have in Dak Prescott the runner and utilizes it effectively moving forward.