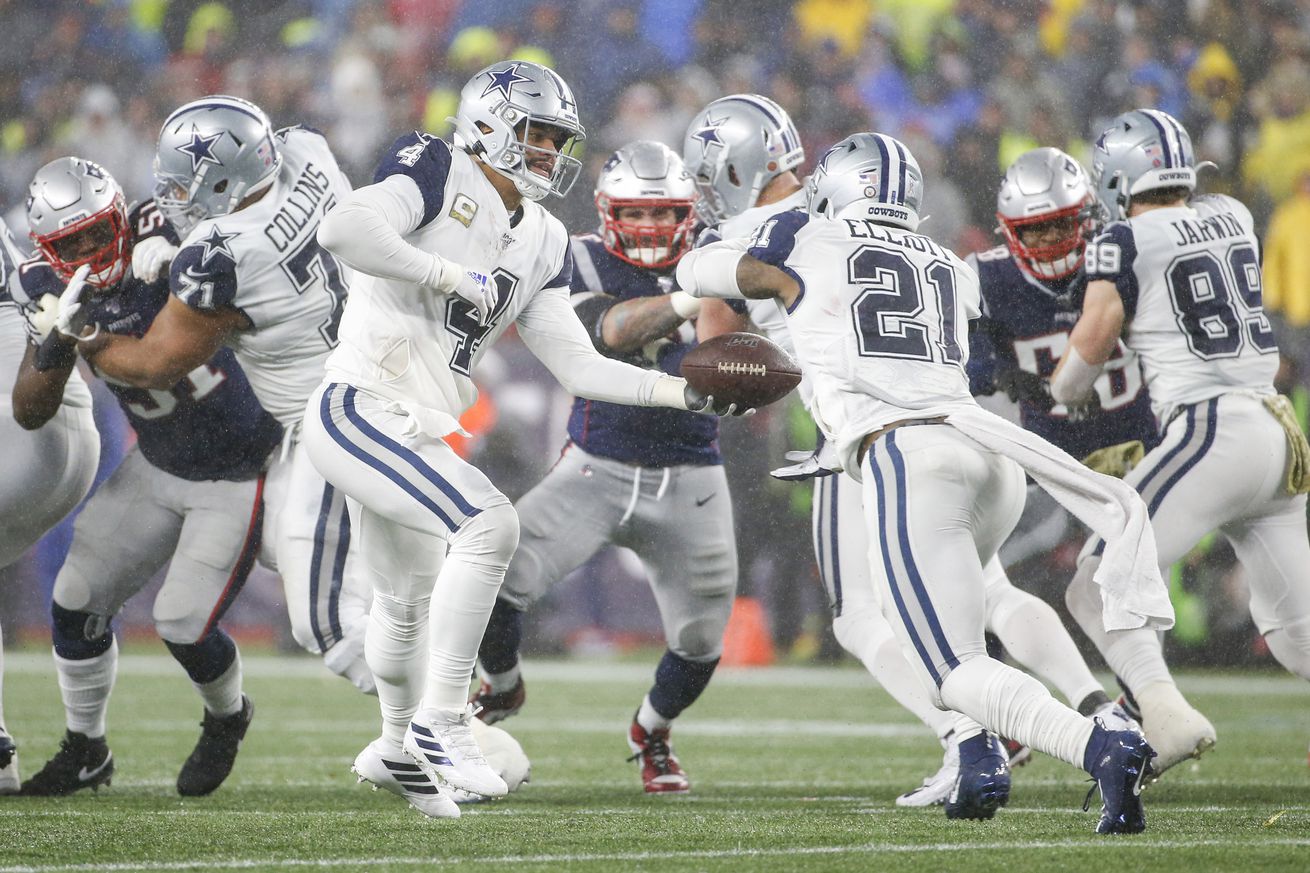 Some teams hand out bigger contracts than others, but you may be surprised to see where NFC East teams rank when it comes to the number of players with the highest 2020 salary cap numbers at their positions.

As the end of June, here’s how much cap space each of the NFC East teams has (per Overthecap.com):

There’s a lot of analysis that could be done on the NFC East cap space: Which teams are particularly frugal, which teams have been handing out bloated contracts, which teams teams have massaged the cap more than others, and much more.

But instead of taking a deep dive into each team’s cap situation, today I’d like to look at the NFC East All-Cap team – the players with the highest 2020 salary cap hits at their positions. I’ve listed “Starters” and “Backups” in the table below, the starters are the players with the highest NFC East cap hit at their positions, the backups have the second highest cap hit.

Keep in mind that the cap charge is just funny money used for accounting purposes, and should not be confused with team strength or anything like that. Also, teams can easily structure or restructure contracts to make for more pleasing optics. Carson Wentz, for example, signed a four-year, $128 million contract with the Eagles, which equates to $32 million per year. But because the Eagles structured the contract to create cap space in 2020, he has a cap hit of “only” $18.6 million this year and doesn’t even show up in the table above. The Cowboys will likely do the exact same thing with Dak Prescott once he signs his contract, so his cap hit for 2020 will also eventually come down.

So while we shouldn’t read too much into the numbers above, the table does provide an interesting look at how teams allocate their cap resources, especially if we look at the split between offense and defense.

Everybody knows the Cowboys like to hand out bloated contracts to their offensive players – except they don’t. It is, of course, debatable whether they overpaid for Ezekiel Elliott, but overall they have just five offensive players in the NFC East All-Cap Team. The Eagles have seven, and if not for the cap trickeration with Wentz would have eight. So the next time somebody comes at you with another excuse about the lack of talent surrounding Wentz, politely point them in the direction of the flat earth society.

The Giants also have seven players making the list on offense, while the Redskins seem to think modern football can be won with defense; they have just three players on the offensive list (and Alex Smith is unlikely to ever play another snap of organized football), but six on defense.

The Cowboys on the other hand have the most players on defense on the All-Cap team with seven to the Redskins’ six, the Giants’ five, and the Eagles’ four. That suggests it’s okay to expect the defense to come through for the Cowboys on occasion, which wasn’t necessarily the case last year: the Cowboys lost every single game in which they did not score at least 30 points.

Of course, the data above is focused on the highest-paid veterans on each team, and ignores players still on their rookie contracts. Spotrac provides an easy breakdown of cap spend by team unit, and that may be just as instructive for the four NFC East teams. Per Spotrac.com, the Cowboys rank fifth in the NFL in percentage of 2020 cap dollars allocated to the offense, and 16th for the defense. Special teams ranks 13th, but that will drop once the team releases either Kai Forbath or Greg Zuerlein.

Every team in the NFL has to figure out which side of the ball it wants to emphasize more, and in Dallas it’s clearly the offense. Which may be good news in 2020, seeing how the other three NFC East teams are skimping out on the defense this year.