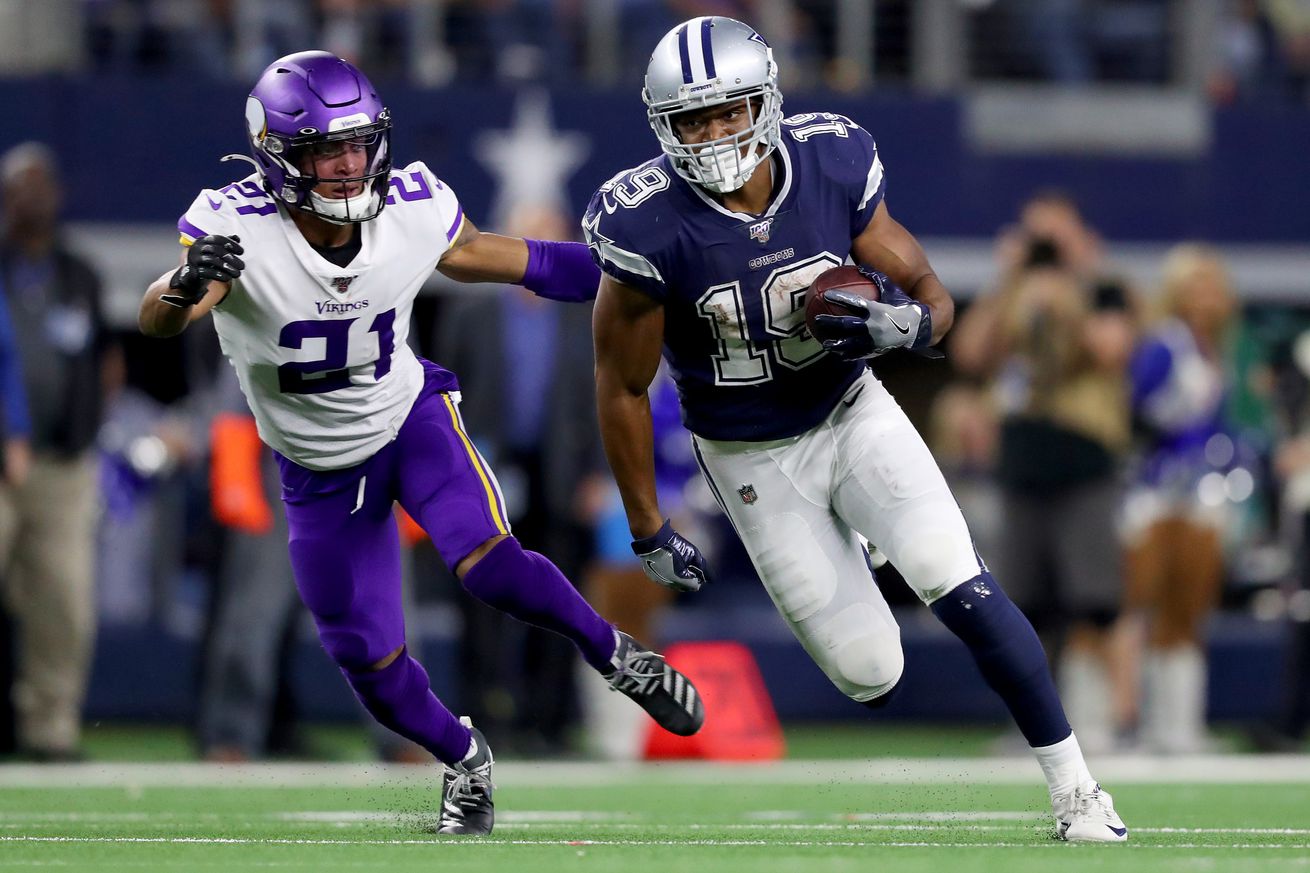 The Cowboys made a bold move by sending a first-round pick to the Raiders for the talented, but inconsistent, Amari Cooper. Dallas received a lot of flack for the decision and some even suggested that the Eagles made the better move by trading a third-rounder for the veteran Golden Tate.

Cooper proved to be worth the cost for the Cowboys, providing Dak Prescott a legitimate go-to weapon in the passing game and helping Dallas win the NFC East title and get back to the postseason. The former top-5 pick has established himself as one of the best receivers in the league, something that was not true when he was playing in Oakland.

Dallas has seen its passing game perform among the best in the league since acquiring Cooper. The former Alabama receiver still struggles with consistency — particularly when playing on the road — but there is no denying that he has been a big addition to the Cowboys offense.

Where Amari Cooper ranks has been debated on by NFL fans, especially considering how much talent there is at the position across the league. CBS Sports recently ranked Cooper as the sixth best wideout in the NFL, ahead of the likes of Odell Beckham and Mike Evans among others.

According to Pro Football Focus, the Cowboys’ receiver graded out as one of the elite receivers in the league against some of the best coverage units in the NFL. Cooper ranks ahead of the likes of Julio Jones and Tyreek Hill against top-10 coverage units and just trails Chris Godwin in this category.

Chris Godwin emerged as one of the best wideouts in the game last season, as he and Mike Evans tormented defenses week in and week out. Both Jones and Hill have wrecked havoc on secondaries for years and both are consistently ranked among the elite at the position.

Cooper has certainly seen his stock rise since joining America’s Team. While he flashed potential with the Raiders — earning multiple Pro Bowl selections — Cooper has reached another level while catching passes from Dak Prescott.

This comes after PFF graded Prescott as one of the five best quarterbacks in football against playoff teams. To say that both Prescott and Cooper are among the best at their positions certainly has the stats needed to back that up.

We are getting closer and closer to the 2020 NFL regular season, and there is a ton of excitement surrounding what Prescott, Cooper, and the rest of the Cowboys offense will be able to accomplish in year-one of the Mike McCarthy era.