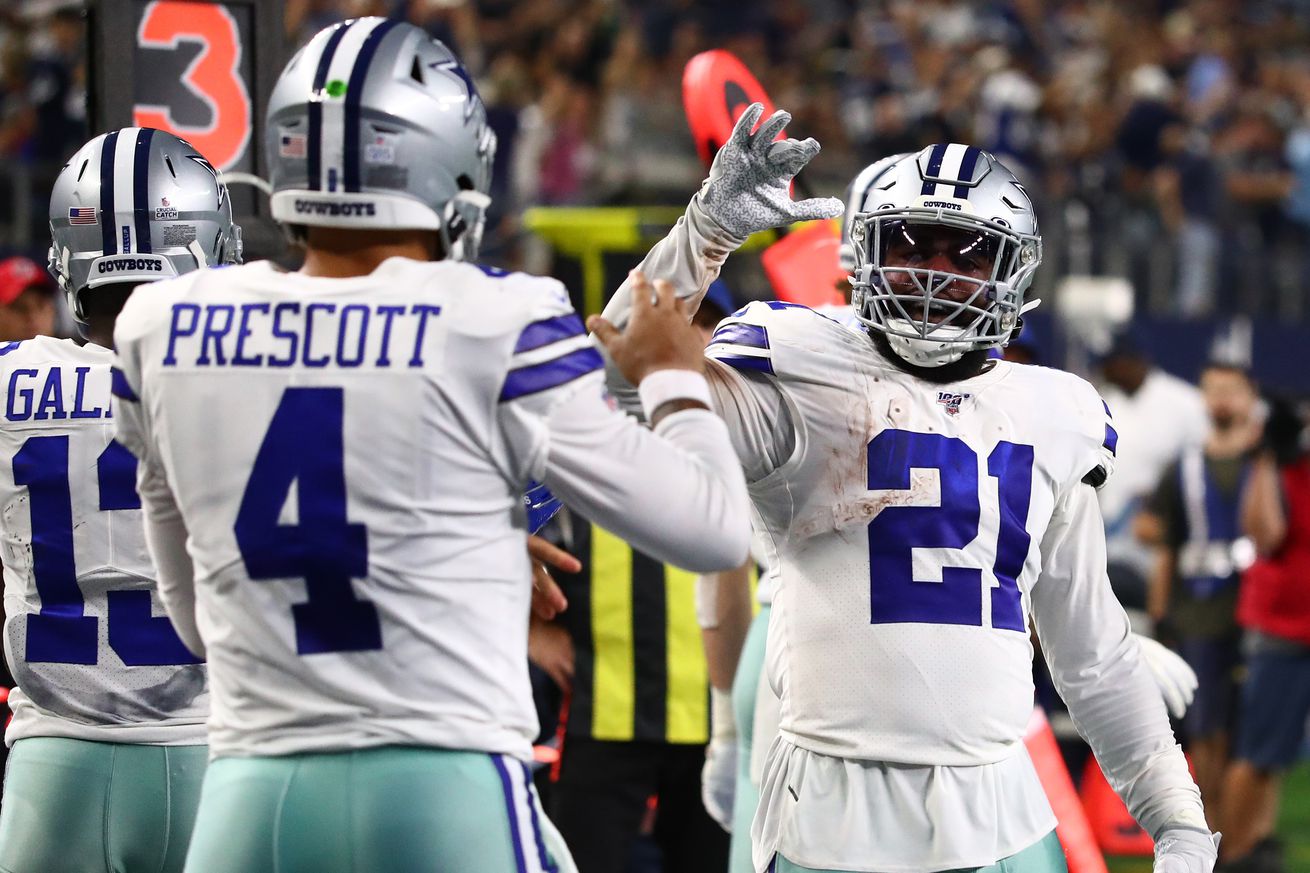 Let’s get excited about football season.

As you enjoy your barbecue, favorite beverage, or any other way you are spending the weekend, it remains to been whether or not we will actually have a season or not thanks to the ongoing COVID-19 pandemic, but for now, we will assume that there will be Dallas Cowboys football in 2020. Therefore, we will look at four different reasons to be excited about the upcoming season.

From a new head coach in charge to the man behind center to an exciting new rookie, there is no shortage of things to be looking forward to. The Cowboys will be looking to get to the playoffs for the third time in the Dak-era while also trying to get over the hump under a new regime.

At last, it is finally a new era for the Dallas Cowboys. Whatever your feelings are towards the Jason Garrett tenure, it was clear that it was time for organization to move in a different direction. Mike McCarthy now takes over, giving the Cowboys a Super Bowl-winning head coach and a quarterback guru in charge.

McCarthy comes with an accomplished track record in the NFL, but he was fired from his last stop with the Packers and has been out of football for more than a year. The former Green Bay coach paid close attention the NFL, analytics, and league trends at his Wisconsin home. We will see if that pays off once he returns to the sidelines.

Regardless, it is easy to get excited about and be on board for a new era of the Cowboys. Many are hoping that McCarthy is the head coach able to take a talented roster to the next level that they have struggled to get to for far too long.

The Cowboys have one of the most talented quarterbacks in the league at the helm. We are still awaiting for the team and the quarterback to reach a new deal, but Dak Prescott is an ascending quarterback that is only getting better.

Prescott has the third best record by any quarterback since entering the league (behind only Tom Brady and Russell Wilson), has led the Cowboys to two divisional titles and playoff appearances, and is coming off a season in which he threw for nearly 5,000 yards and accounted for 33 touchdowns.

Number four has grown as a passer, improved his mechanics, and has been the definition of a leader for the locker room since he took over the reigns as the face of America’s Team.

Remember when the Cowboys grabbed, perhaps, the best wide receiver in the entire 2020 NFL Draft class? It still doesn’t seem real. Dallas saw former Oklahoma All-American CeeDee Lamb fall to their 17th overall selection, and the team did not blink.

Adding Lamb to the duo of Amari Cooper and Michael Gallup has to make Cowboys fans extremely excited for the upcoming season. Lamb is a special talent that excels after the catch and has the ability to become an impact player all over the Dallas offense with Kellen Moore designing plays.

Throw in Trevon Diggs and the rest of the 2020 Cowboys draft class, it is hard to not be looking forward to seeing the newest members of the team wearing the silver and blue. Hopefully it won’t be too long until we see a Prescott-to-Lamb touchdown in AT&T Stadium.

Byron Jones is off to Miami and Robert Quinn is going to rush quarterbacks in the NFC North, but there are still many things to be excited about the Cowboys’ defense. Mike Nolan takes over, and he has been emphasizing creating turnovers and aggressive play for his unit.

The Cowboys have been near the bottom of the league in creating turnovers for years now and fans are ready for that to change. Between Nolan’s want for his defense to turn other teams over and defensive line coach Jim Tomsula’s noted success in the trenches, there is a lot of intrigue surrounding the Cowboys’ defense.

There are also a lot of storylines surrounding this side of the ball: Can Leighton Vander Esch stay on the field and find the success that he enjoyed as a rookie? Jaylon Smith is in need of a bounce-back season, Aldon Smith is returning to the league after a five-season absence, and there are always going to be questions in the secondary — can Xavier Woods and Ha Ha Clinton-Dix become a formidable safety tandem, and who steps up at corner?

While there is ton of interest in what will the offense will be able to accomplish — and rightfully so — there are some things worth getting excited about on defense, as well.