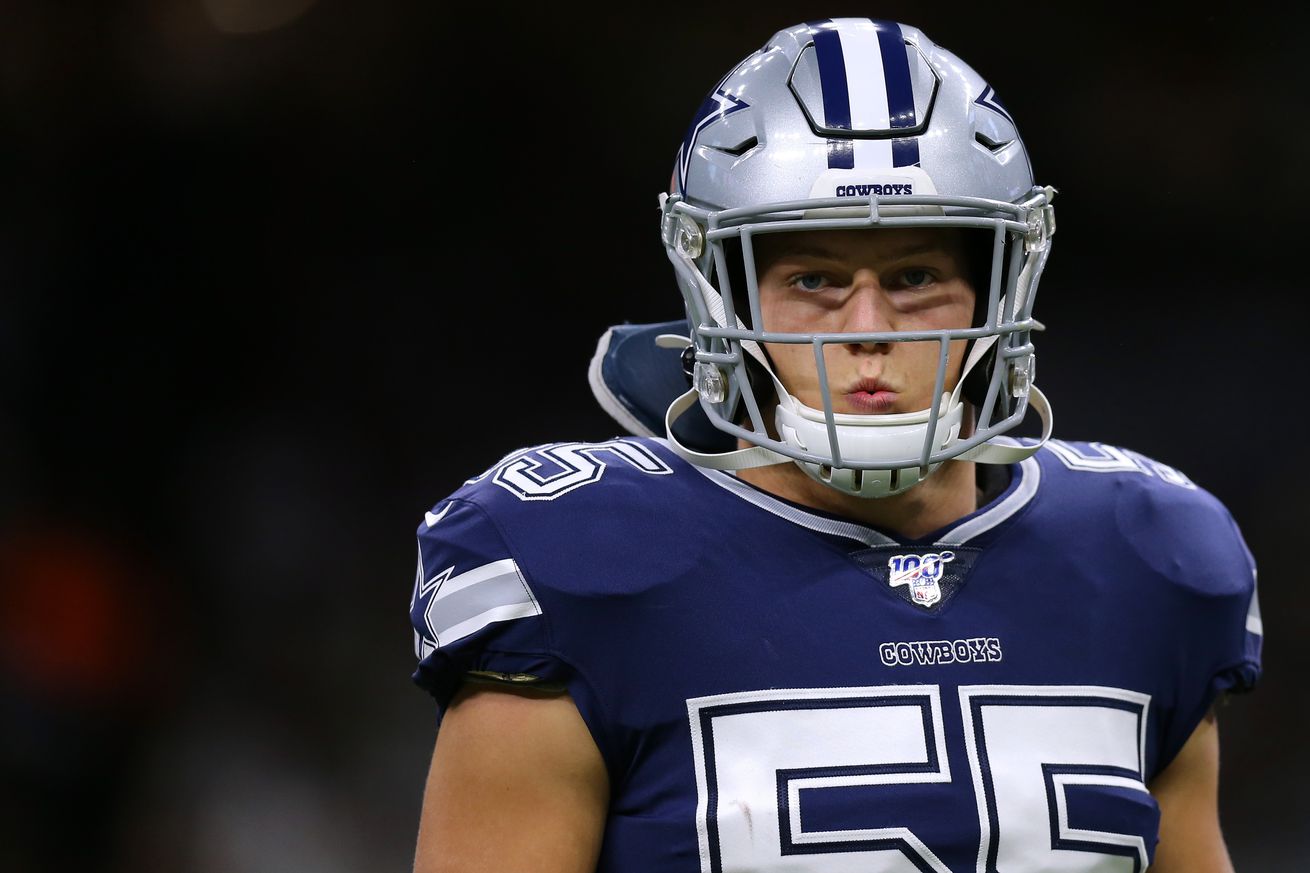 When we all look back at the last time the Dallas Cowboys won the NFC East, the 2018 season, we attribute a majority of that year’s success to the midseason trade of Amari Cooper. That makes sense.

Dallas was made significantly better in 2018 by the addition of two players. Amari Cooper is obviously one of them, but the other is then-rookie Leighton Vander Esch. LVE’s strong arrival on the scene made the Cowboys defense one of serious legitimacy and he was sorely missed during his sophomore campaign while he was hurt.

There is hope that he will bounce back this season, though.

It’s hard to really say that Leighton can “bounce back” in 2020 because his play, when he was playing at least, didn’t exactly drop off last season. He simply dealt with injuries, although that is obviously not a simple thing. Or is that true?

So much of what the Cowboys are going to be able to do defensively this season under new coordinator Mike Nolan is going to rest on the shoulders of their wolf hunter. With Byron Jones now a member of the Miami Dolphins and Robert Quinn as one of the Chicago Bears, defensively the Cowboys are DeMarcus Lawrence, Leighton Vander Esch, and a little bit of this and that everywhere else.

The math is pretty simple in that regard… if Leighton is back to his rookie self, the Cowboys will be fine. The Draft Network recently profiled LVE and notes how important this season is going to be in terms of defining the Cowboys’ first-round pick of two years ago.

You might say that Vander Esch’s film was roughly the same from 2019 to 2018, but his impact wasn’t. Compound that with Vander Esch’s depreciating health—he’s now had three separate injuries in his NFL career, and has injured his neck twice in his football career—and there’s a chance that we never see Vander Esch make the same impact that he did in 2018. He’ll never be the same fresh, unbridled athlete that he was then—and he may have gotten just a bit lucky, playing with his hair on fire with not too many consequences.

Chalk Vander Esch’s 2019 regression up to a few things we understand and several things we don’t. We can point at it, shrug, and say “Well, he probably wasn’t going to be a top-three linebacker in the NFL again anyway.” And that’s a pretty fair assessment.

What matters more now is 2020. If Vander Esch has a more consistent season with impact plays under new defensive coordinator Mike Nolan (who has an off-ball linebacker coaching background) then 2019 will remain that: an injury-riddled sophomore slump. But if Vander Esch continues to struggle with availability (likely) and doesn’t translate well to reading and reacting to two-gap defensive linemen in Nolan’s scheme (likely, if Nolan runs that defensive philosophy heavily), then 2020 could continue along the downward skid that began in 2019.

We are all hoping that Vander Esch does not struggle with availability and that 2019 was indeed an outlier of sorts. Leighton will be eligible for a contract extension next offseason and therefore serious questions about his future will be asked by many then, and injuries are obviously a big factor in that.

It is hard to draw a hard conclusion about who Leighton is because the sample size is too small. We know that he is capable of being an incredible linebacker in the NFL, but it is fair to wonder if his game is not necessarily sustainable. That’s an unfortunate consequence of football.

The Cowboys are depending on Leighton Vander Esch in a variety of ways in 2020. Hopefully he is the star that we know he is capable of being, and hopefully the defense follows suit.