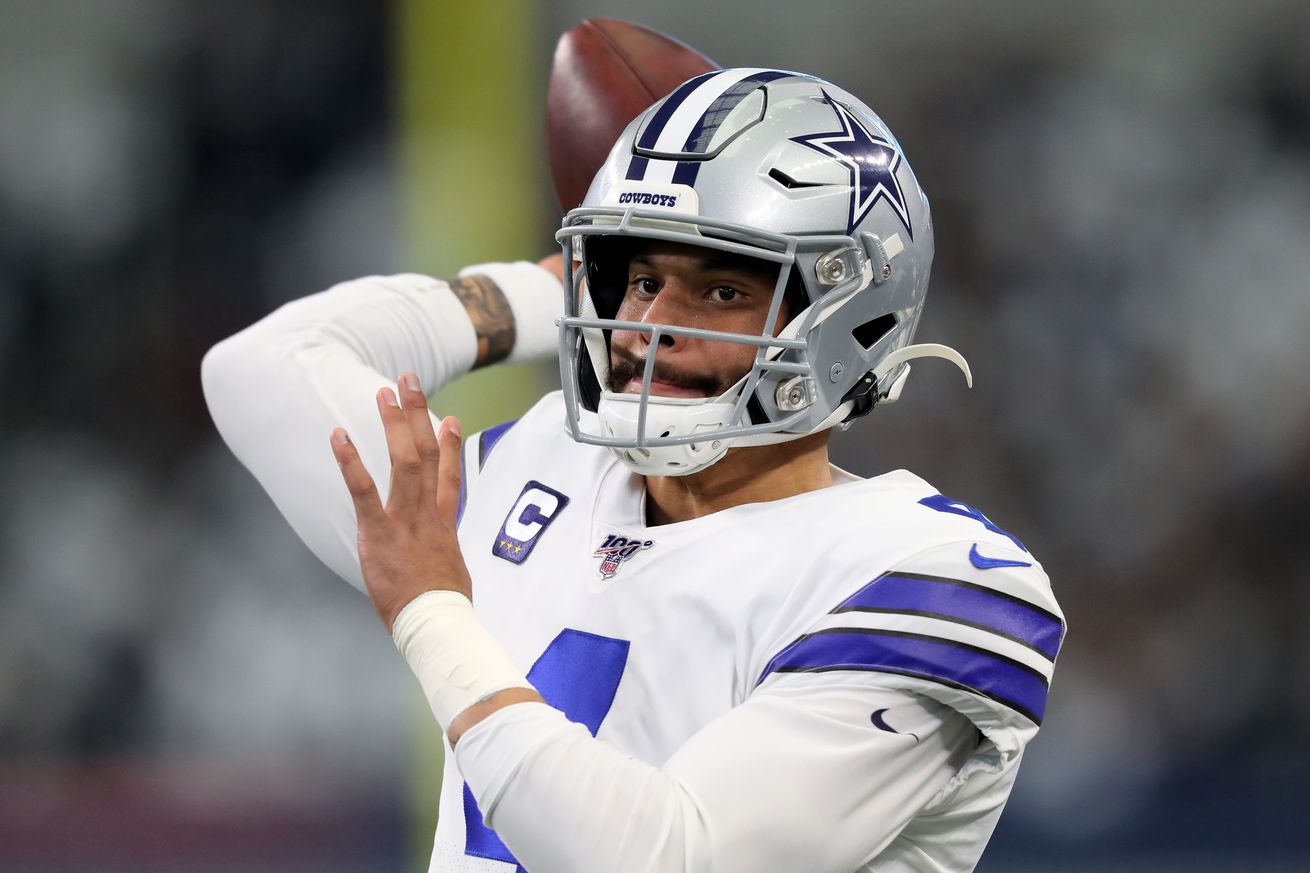 The record-setting deal for Patrick Mahomes is not the incentive to push harder that many assume.

The first impression when Patrick Mahomes and the Kansas City Chiefs agreed to the first half-a-billion dollar contract in sports history was that the pressure just ramped up for the Dallas Cowboys to get a new deal done with Dak Prescott. The staggering numbers for Mahomes were assumed to drive Prescott’s price tag up, and the team still has to wonder just how big a deal Deshaun Watson and the Houston Texans could make. Meanwhile, there is still no word of new negotiations as the Cowboys seem content at the moment to face the 2020 season with Prescott playing on the franchise tag, or at least to let the July 15 deadline draw closer.

That really is the sensible thing to do.

You can unclutch those pearls. There are some good reasons why the mega-deal doesn’t really change the situation for the Cowboys.

While the total is ginormous and unprecedented, his contract is backloaded, with the biggest money landing in the final years. Here, from Over the Cap, are the next five years:

Note that the prorated bonus shown here is all that the Chiefs currently have to account for, and it is currently zero from year six on. If you look at the totals, here is what they come up to for those first five seasons: $144M, or just a bit under $29M a year.

Yes, Mahomes will make considerably more in the last seven years of this twelve year contract than that, but the key thing here is that all reports are that the one sticking point for Prescott and the Cowboys is contract length, with the player and his agent holding out for keeping it at four, while the team wants five. The reason for the disagreement is how long before Prescott gets to negotiate a third and presumably even more lucrative deal. At that point, those remaining years for Mahomes become apples to apples, but right now, they aren’t.

The reports are also that the numbers for a new Prescott contract would be around $35M to $37M a year. That is a good bit more than Mahomes would make over the same time frame, which would put Prescott ahead of him in yearly earnings. That is always a factor that enters into these kinds of discussions.

The absolute guarantees for Mahomes, excluding much greater injury provisions, are also quite reasonable, and the Cowboys likely would have no problem with a higher figure for Prescott. So this is hardly something that pushes the price tag much higher for the Cowboys as long as they can keep the focus on the length of the contract. And since Prescott’s main desire is to be able to get that next big payday after this one, he and his team should agree to that. The size of Mahomes’ paychecks in those remaining years will be a factor – but given the way contracts progress, there will certainly be others that are bigger by then.

That leads to the counter-intuitive idea that the Mahomes deal may actually have put Dallas in a stronger position with their negotiations.

While time is rapidly running out, July 15 is still the operative date. Prescott has absolutely no reason to rush things, and the team really doesn’t, either. Both sides are waiting for the other to blink first, and given recent history, the team is more likely to do so. They could also decide to sweeten a five-year offer just before the clock goes to zero. That has not really changed.

Much blame has been assigned to the team for not getting things done, but the reality is that Prescott’s side has probably been the one that didn’t want to engage in more talks. The Mahomes deal is one reason, but as shown, it may not really have been something that significantly changes the stakes for either side. If the general belief about the state of things is correct, Prescott’s agent has put a deal on the table that he is willing to sign, and waiting is still very much his best play.

The uncertainty of the season

While the NFL is still full speed ahead on their plans to play the season on schedule, that is far from certain. Other pro sports are already starting to have major issues with coronavirus cases, and many FBS colleges are still not certain they can play this year. Some smaller schools have already cancelled their seasons. We may all want it to not happen, but there is a possibility the NFL could not play before the fall of 2021.

If that happens, there are huge issues about contracts and pay. It is possible that the deadline is negated and teams will suddenly have until next year to work out deals. That is certainly unwanted, but it is seems like a logical conclusion if there is no NFL this year. The income would presumably just go away for the teams, which means they have a huge issue about what happens with the pay of the players. In any case, it seems that contracts would toll, or simply be pushed back a year for everyone, so at the start of the 2021 season the players would be making the money they should have made this year.

It is hard to predict what will really happen, but it has to change almost everything. With that to consider, the Cowboys also have no incentive to push things. There are just too many unknowns. Specifically with Prescott, a lost season would probably mean that he would be under the same tag at the same price when things restart.

The Cowboys may get a last-minute deal done with Prescott, or he could wind up playing his next year under the tag, whenever that actually is. That is where things stood before the Mahomes announcement. They haven’t changed as much as the first reactions had it.