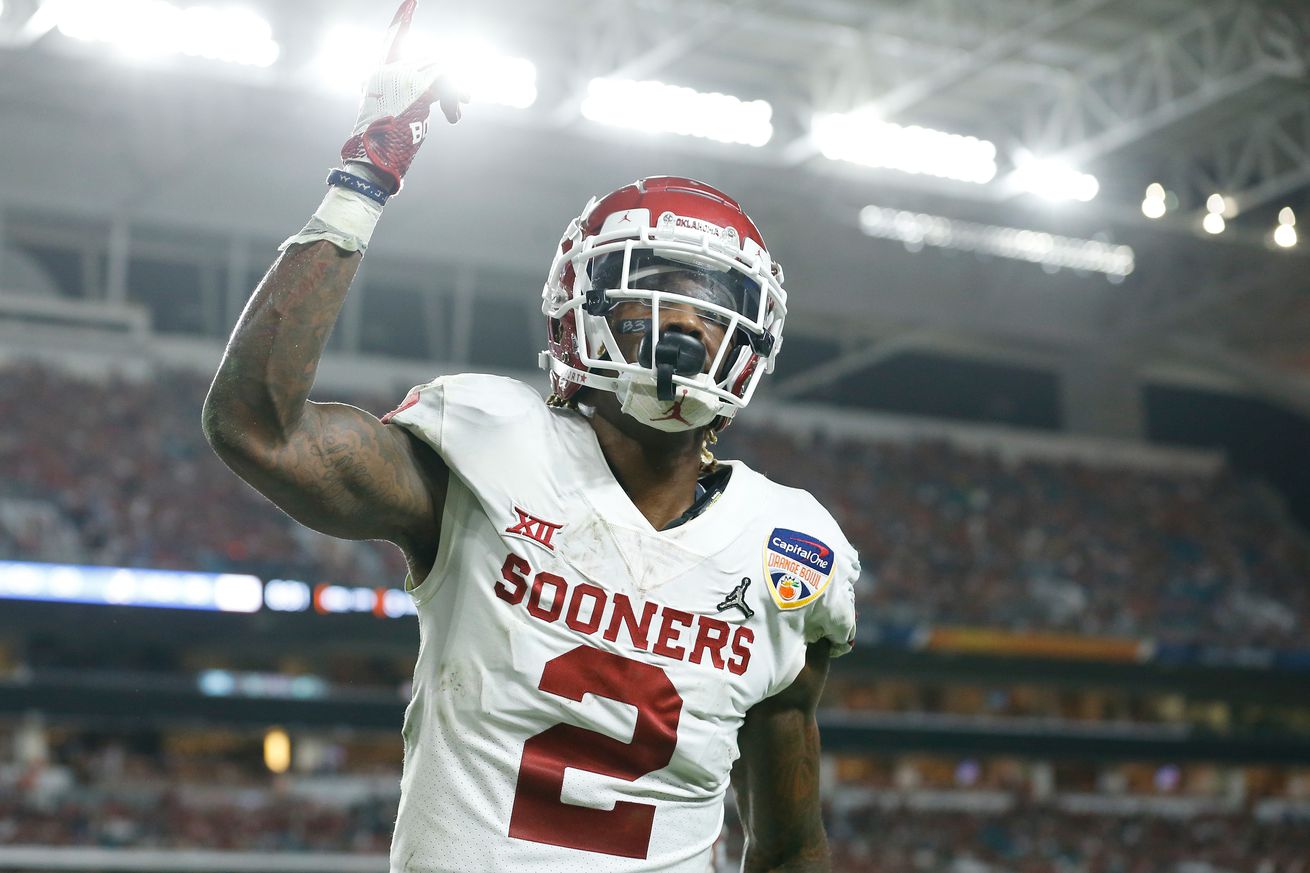 Yes it’s true that Dak Prescott will have CeeDee Lamb in addition to Amari Cooper and Michael Gallup to the team’s offense (whether he is doing so on a long-term contract or the franchise tag remains to be seen) and that is a very exciting thing. We all obviously want to see the Cowboys do well.

In case you were unaware, CeeDee has often been referred to as a “YAC gawd” and if you are still unaware, that means that he is insanely good after the catch. That was sort of his calling card while at the University of Oklahoma.

The Cowboys seem to have added a player that knows a thing or two about what to do once the football gets into his hands. He is literally one of the best to have done so at the collegiate level.

So we all know that CeeDee was good in college, he was the best wide receiver in the draft for goodness sake. But how good was he comparatively to players of different times?

People have looked at CeeDee’s production and compared it to different players before, but one analysis of it seemed to catch CeeDee’s eye specifically so much so that he felt inclined to share it on Twitter. He is one of the greatest to ever do it from a yards per reception standpoint.

You can see that Randy Moss is on this list and while there are still Cowboys fans upset that the team did not draft him most have considered the drafting of CeeDee something of a makeup for that error. There are some notable players in team history featured here, though.

Michael Irvin is the greatest wide receiver to have ever played for the Cowboys and while he’s near the top of this list with an average of 16.9, he doesn’t come close to CeeDee’s 19.0. The franchise’s all-time leader in receiving touchdowns is here in Dez Bryant, a reunion definitely isn’t happening, and both he and Irvin experienced great careers with the organization.

One can only hope that CeeDee is as successful of a football player in the silver and blue number 88 as the two Cowboys receivers before him on this list (Keyshawn Johnson is also here if we’re stretching parameters a bit wider) or as the only person he did not beat in Marvin Harrison (who also wore the double ocho).