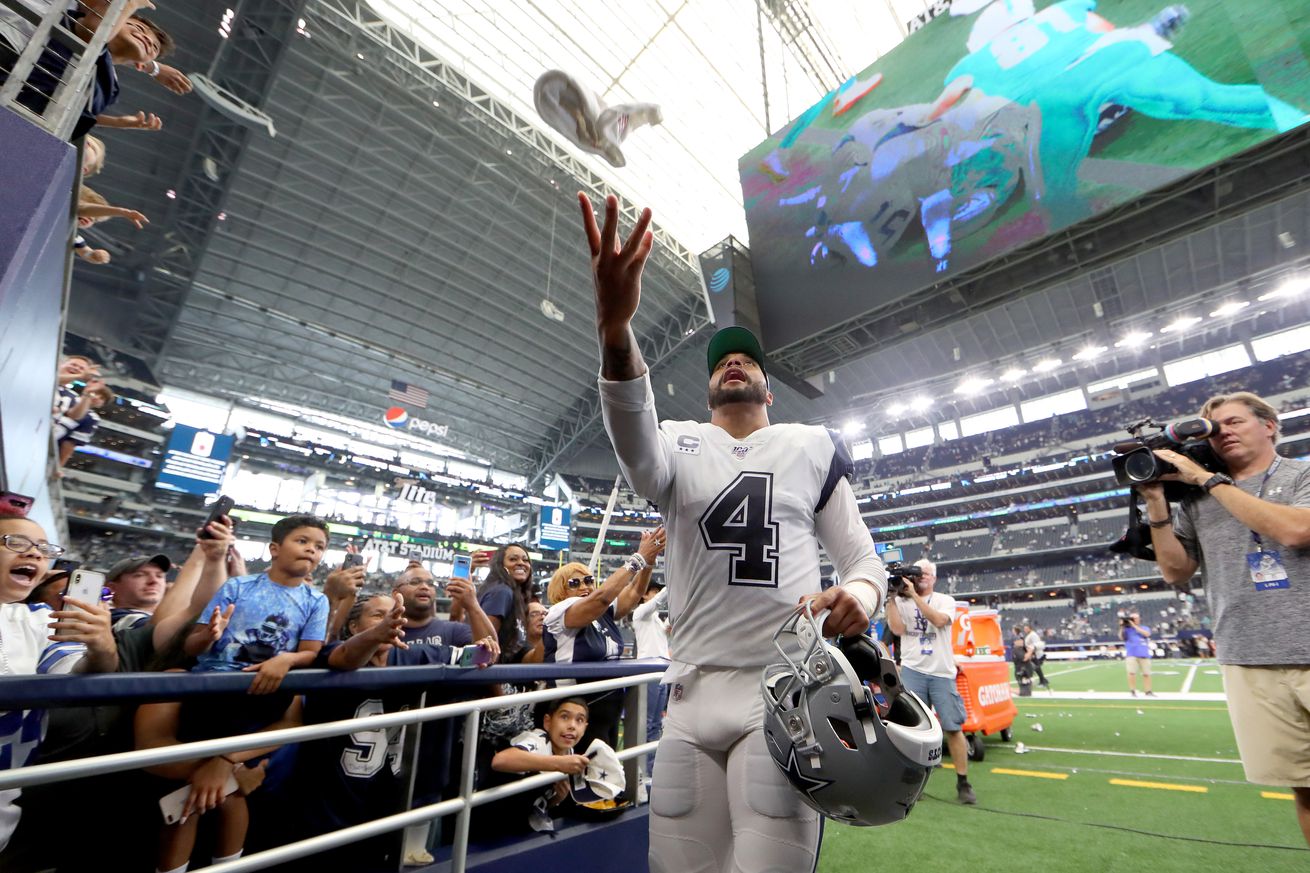 The latest on the Cowboys negotiations with Dak Prescott.

There is still plenty of speculation about the contractual status of Dak Prescott in the aftermath of the record-setting deal that the Kansas City Chiefs agreed to with their own quarterback this week.

While nobody is Pat Mahomes, the market is what the market is, and as a result all quarterback contracts are inherently related to one another. People seem to have varying thoughts as to what the Mahomes deal could mean for Prescott, and in a week’s time we will officially have our answer.

It remains to be seen how much the Cowboys or Dak’s representation are using what Mahomes got as leverage for their case, and to be clear there are points to argue either side. So where does that leave things inside of a week to the deadline?

Next Wednesday is July 15th which means the Cowboys have until then to lock Dak down to a long-term deal or he will have to play the season on the franchise tag. Has there been any change in things this week since the Mahomes deal landed, though? NFL Network’s Tom Pelissero spoke on their network on the subject on Wednesday and it appears as if the answer is no.

“This one always seemed destined to go down to the wire, and the issues really haven’t changed. The Cowboys have an offer on the table for Dak Prescott that is longer than what Prescott wants to agree to. Now it’s not a 10-year offer like the Chiefs just signed Patrick Mahomes to that long extension, but it certainly is longer than Prescott would want it to be. Knowing that the salary cap, even with those economic challenges that we’ve talked about in the short term, should be spiking a several years from now. As the new tv deals come in, when gambling revenue comes in as well. Now Prescott signed that franchise tender last month, that means that regardless whether there’s an extension, he will not be a training camp holdout. And as we have talked about for months now in Prescott’s case, the tag gives him leverage. It’s $31.4M this season, it would be 120% of that if they tagged him again next year, so his downside is close to $70M over two years if there is no deal. And this is a guy last season who bet on himself, played for $2M.”

For as long as this has been an issue, it has only been a little over a year but it has felt like a decade, things have come to the point where Dak and the Cowboys differ on the point of time. The team wants him signed to a five-year deal where Prescott’s representation is petitioning for a four-year contract. Sometimes the difference really is that “small.”

Houston Texans quarterback Deshaun Watson is the other high-profile signal-caller that is looking for a long-term deal and there are reports that he wants a three-year contract. Again, Pat Mahomes is an outlier in many ways and perhaps he is even in the sense that he is one of the few players that would sign an extension for an entire decade.

What will happen with Dak and the Cowboys? We don’t even have to wait a week to find out.