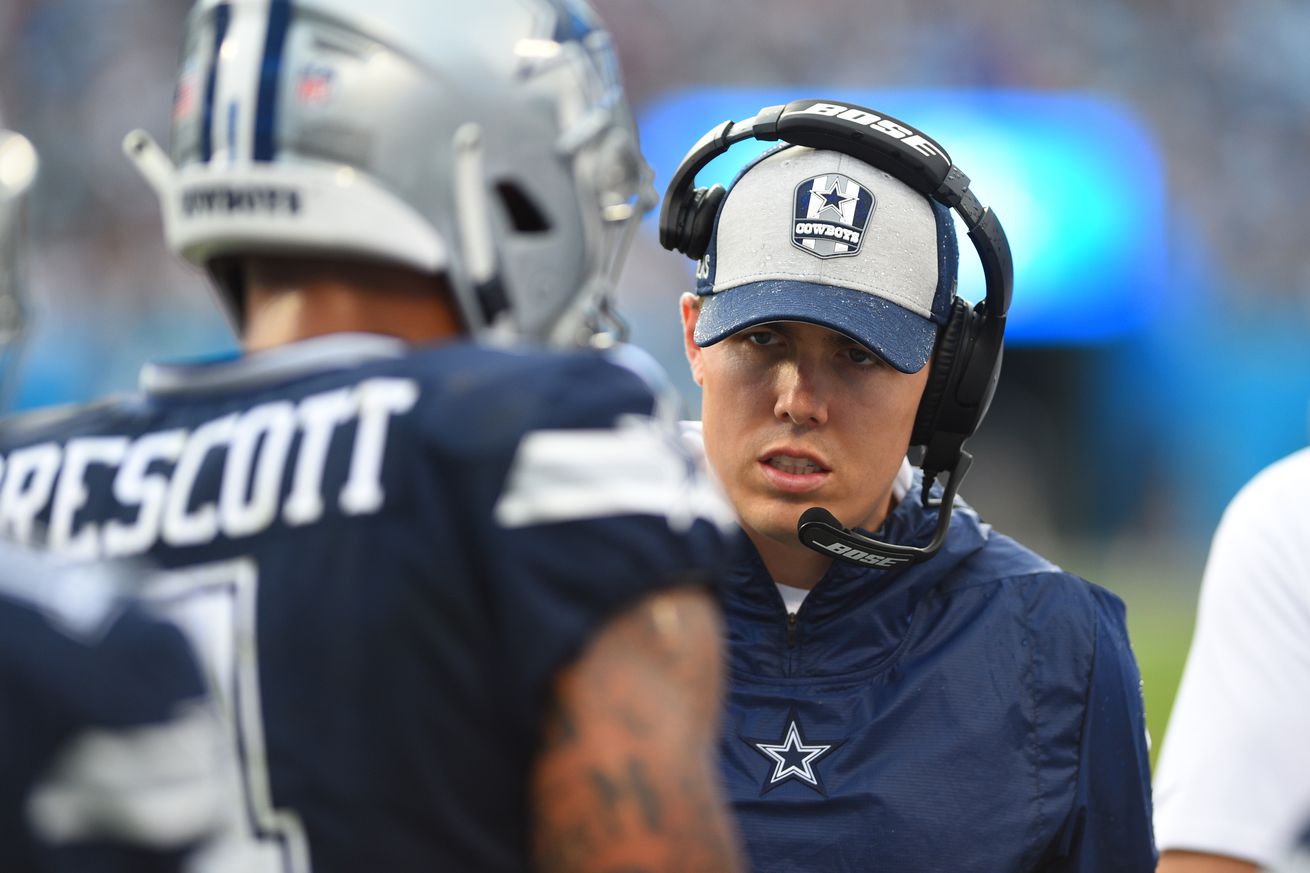 How “nerdy” is Kellen Moore?

Over the past decade, we have seen the National Football League trend even more into a passing league while also leaning heavily on analytics. Choosing to go for it on fourth down, throwing the football over running it, and going for two are just a few examples of how much analytics plays a part in today’s game.

Some of the more successful coaches in the game right now use analytics in a big way, such as the likes of Andy Reid, Bill Belichick, and Sean Payton. It should not be any surprise that those three are some of the best in their profession and are constantly evolving as elements of the game change.

Rotoworld’s Hayden Winks dove into the world of numbers and analytics to determine the most aggressive and least aggressive coaches and schemes in the NFL right now. Winks noted that some of the data in which he looked at is a result of coaches pushing the limits, while some of it can be attributed to the particular scheme in which the team runs.

I have to point out one more thing before we get to the rankings. There is a massive difference between an offense actually using analytics versus just having a scheme that’s correlated with analytics. The Ravens actually use analytics, but other teams in the top-10 don’t. They just happen to have a scheme that lines up with consensus viewpoints from the analytics community. The reality is, coaches and in-game decision makers on both sides of the ball don’t actually use analytics anywhere near enough. Hopefully that changes. Okay, now let’s have some fun:

Winks separated coaches into different tiers, from tier one “You Love To See It” to tier five “Willfully Ignorant”. Cowboys’ offensive coordinator Kellen Moore falls under the second tier, or “Quite Nerdy”.

Moving from coach Jason Garrett to coach Mike McCarthy probably makes the Cowboys Offense even more analytically based, although OC Kellen Moore is the true driver of this high ranking. It’s an offense that doesn’t do anything bad — their worst ranking is their outside run rate (18th), which is one of the least meaningful stats I’m evaluating in this column — but the Cowboys Offense doesn’t do anything great either, outside of playing at the second-fastest pace. With the upgrade at head coach, tight end, and third receiver, Dallas has no excuse to not rank higher in 4th-down aggressiveness (10th) and pass rate on early downs (18th) next season. At the bare minimum, they should be utilizing play action far more (14th) if they think Ezekiel Elliott sets up the passing offense. It doesn’t by the way.

Moore is considered by many to be one of the young, bright football minds in the league right now. The former record-setting quarterback on the NCAA level at Boise State has been among the smartest in the room since joining the Dallas Cowboys as a backup signal-caller. We saw Dak Prescott take a big leap in 2019 under Moore’s first season as play-caller for America’s Team, and Mike McCarthy decided to retain the 32-year-old.

Dallas was middle of the pack in the league in terms of using play-action according to these numbers, something that should assuredly change with McCarthy’s influence now in the building. For comparison’s sake, the Ravens with John Harbaugh and Lamar Jackson finished first and the Chiefs with Reid and Patrick Mahomes finished second in the play-action rate category.

We have seen Dak Prescott succeed on play-fakes when given the opportunity, and it seems that it would be logical for any play-caller to implement more of that in today’s game. And even if running backs may not matter as much as they used to, Ezekiel Elliott is still a top-3 running back in football. Plus, making the defense have to question themselves and hesitate for even a split-second can lead to big plays for the passing game and offense as a whole.

The Cowboys added an elite talent at wide receiver in CeeDee Lamb, there are expectations that Blake Jarwin blossoms at the tight end spot without Jason Witten on the depth chart, and many are hoping we see more of Tony Pollard. Add in Mike McCarthy taking over for Jason Garrett — who earned a reputation as a coach that leaned on the conservative side of things — and Moore having a season calling plays under his belt, it will be fascinating how aggressive the Cowboys are in the analytics game in 2020.