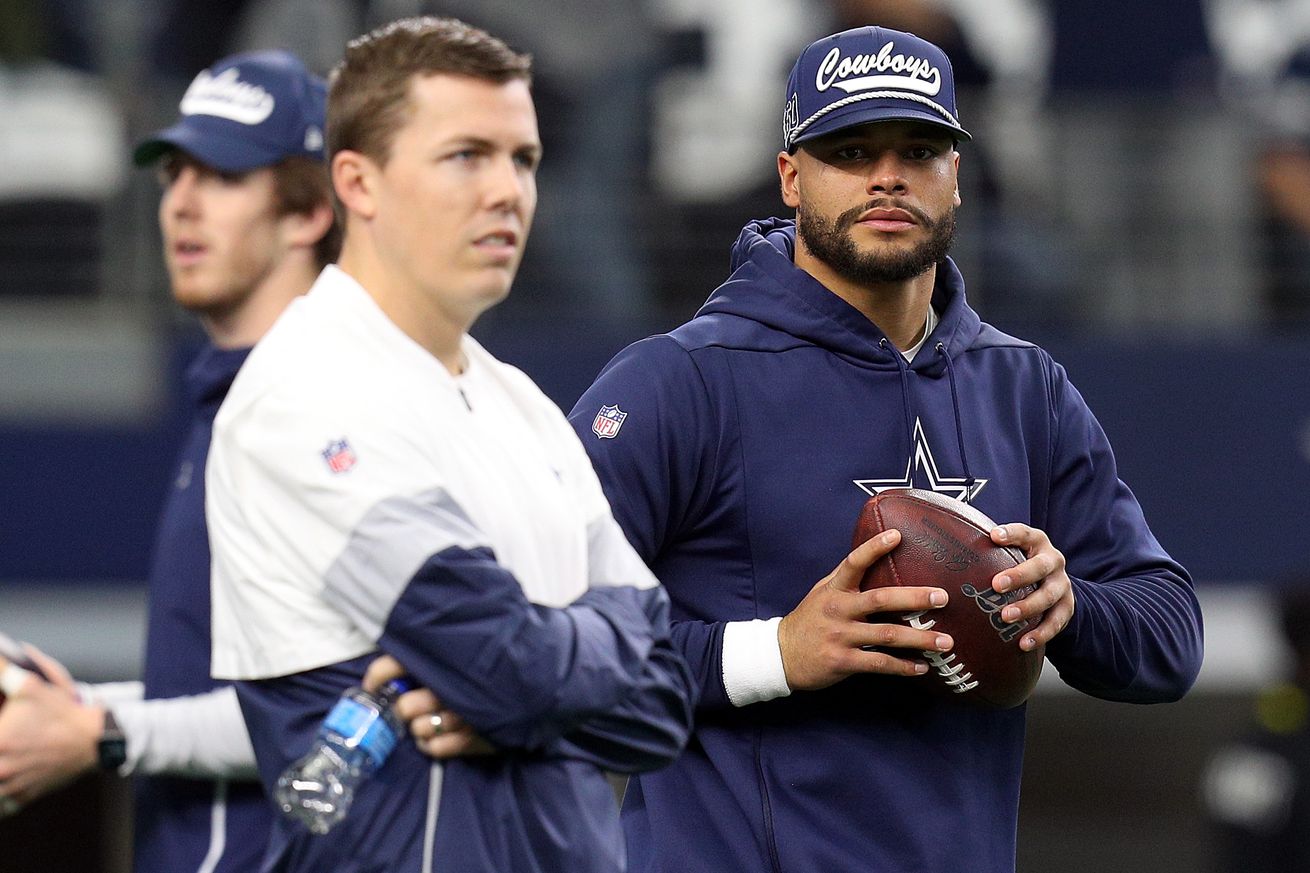 On the latest Talkin’ the Star podcast, we reviewed the Cowboys quarterback room and an interesting question was brought up on the episode.

Do the Dallas Cowboys have the best quarterback room in the NFL?

As it stands today, the Cowboys QB depth chart reads:

When looking at the other candidates around the NFL, there’s only a few that hold any sort of an argument to the Cowboys QB room. Let’s take a look at all 32-teams QB rooms, thanks to Marcus Mosher:

QB rooms entering the 2020 season for all 32 NFL teams: pic.twitter.com/SkZTXd5c3d

The few rooms you could make an argument for are New Orleans Saints (Brees, Winston, Hill), Pittsburgh Steelers (Roethlisberger, Rudolph, Hodges), and Baltimore Ravens (Jackson, Griffin III, and McSorley). We’ve seen Mason Rudolph and Devlin Hodges have success for Pittsburgh, but it’s still a reach to compare either one of those guys to Andy Dalton. Plus, with Roethlisberger’s recent injury history, Prescott could be ahead of the former Super Bowl champion. Projecting ahead to 2020, Lamar Jackson is likely going to be ahead of Prescott on a talent basis, but it’s still a pretty close debate any way you look at it. Even on the down-slope of his career, Andy Dalton is still a better backup option than Robert Griffin III who has found a home in Baltimore as Lamar’s backup. With how close Jackson and Prescott are projected heading into 2020, the difference between Dalton and Griffin give the Cowboys a bump over the Ravens. When looking at stats, records, winning percentages, and projections, the Saints and Cowboys seem to have the most talent in their quarterback rooms heading into 2020. But which one would you rather have?

It’s our contention that at this point in their careers, Drew Brees and Dak Prescott are in a similar tier, whether you take one over the other is personal preference at this point. The interesting conversation here is which QB2 would you prefer? Picking between Jameis Winston and Andy Dalton is an extremely tough debate due to the massive differences between the two quarterbacks. Dalton is much more conservative, but has the ability to keep a team competitive in a backup situation. Winston has much more upside, with more natural arm talent, but turnovers, and high-risk throws make the competition for the better QB2 extremely interesting.

Either way, it easily comes down to the Cowboys and Saints for the best quarterback depth chart in the NFL. Which one would you take?