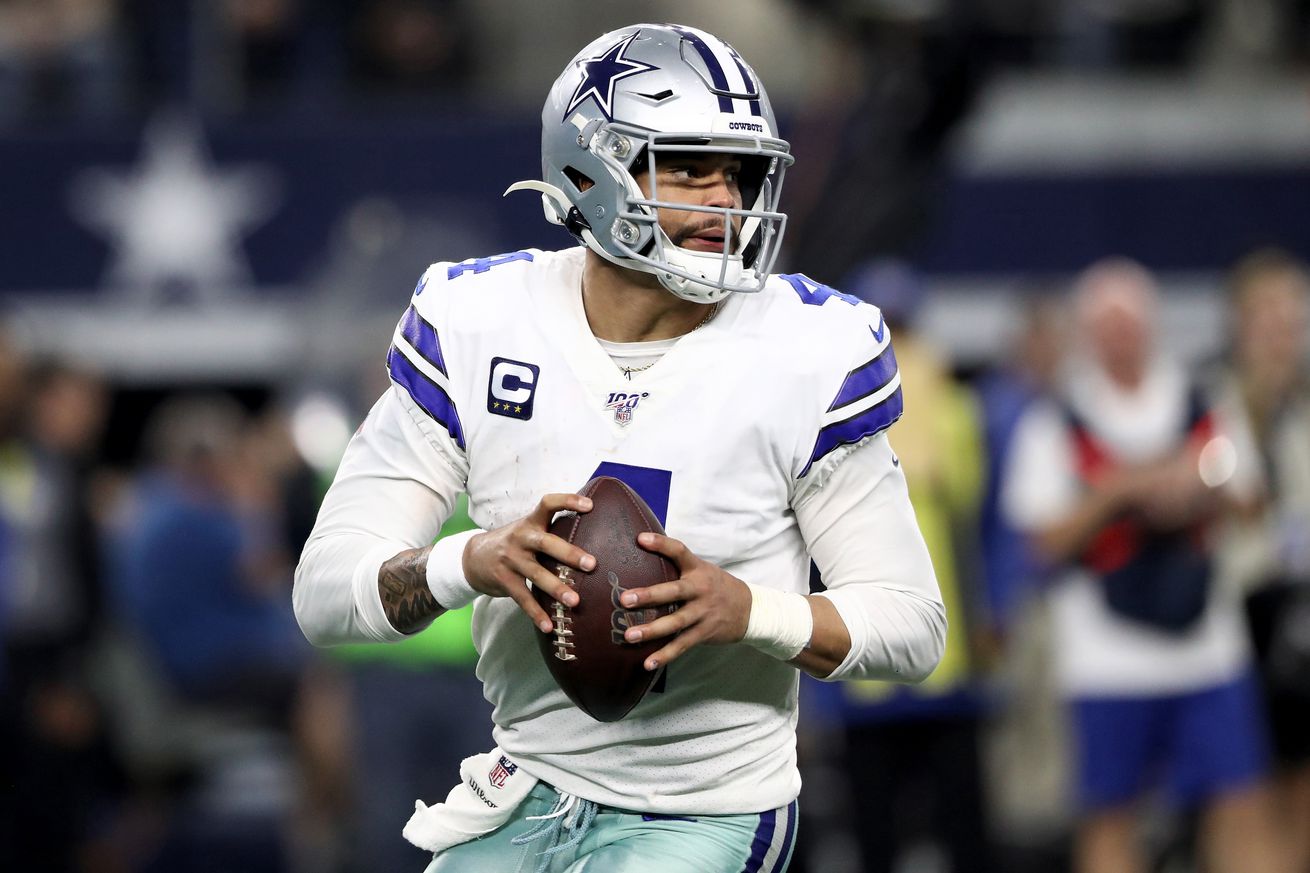 The Dallas Cowboys did not get a deal done with Dak Prescott on Wednesday. As a result he will be playing on the franchise tag this season. That is, at the very least, a risky bet.

For the next season Dak Prescott is going to be under an incredible microscope, but such is life as the Cowboys quarterback. They don’t seem to realize that whenever they Dak Prescott it is now going to cost them even more.

On the subject of price, the reported final deal for Prescott is one that is among the highest-paid quarterbacks in the NFL, but it doesn’t account for the future. Once again this would have been an incredible offer to make a year ago.

Dak Prescott declined to clarify but disputes some of the details reported here. Tells me while he did talk to Stephen Jones & try to get a deal done he’s grateful and blessed to be a Cowboy and working & moving forward to do whatever he can to help the team win a Super Bowl. https://t.co/GbNuhiLZhK

By way of this and next year’s tags Dak Prescott is already looking at ~$70M so that number is hardly the Cowboys doing something impressive. $110M guaranteed is what Jared Goff got a year ago so at least the team is operating in the right neck of the woods, but they likely still pushed five years whereas Dak’s team wanted four.

With a salary cap that will stay the same or shrink a year from now the Cowboys are going to be in quite a pickle when it comes to locking down Dak in 2021, but perhaps they feel prepared to do so. Dak’s representation is likely not going to budge on anything that they want, and they’re especially not going to likely sign a five-year deal then when the whole process would have been delayed by the tag year.

On the subject of people with an interest in Dak, somebody very close to him was not happy when there was no new deal between the two parties. Dak Prescott’s brother dropped a pretty ominous tweet that certainly speaks for himself and makes you wonder what Dak is thinking about all of this.

There is a reason I was never a @dallascowboys fan growing up or before they drafted @dak after today, who knows how much longer I’ll be cheering for them.

Obviously Prescott’s representation is frustrated as they feel like the fair offer they are seeking is not being met. It’s not great to see any sign like this, but the good news is that we only have to sit through it all for about a year.