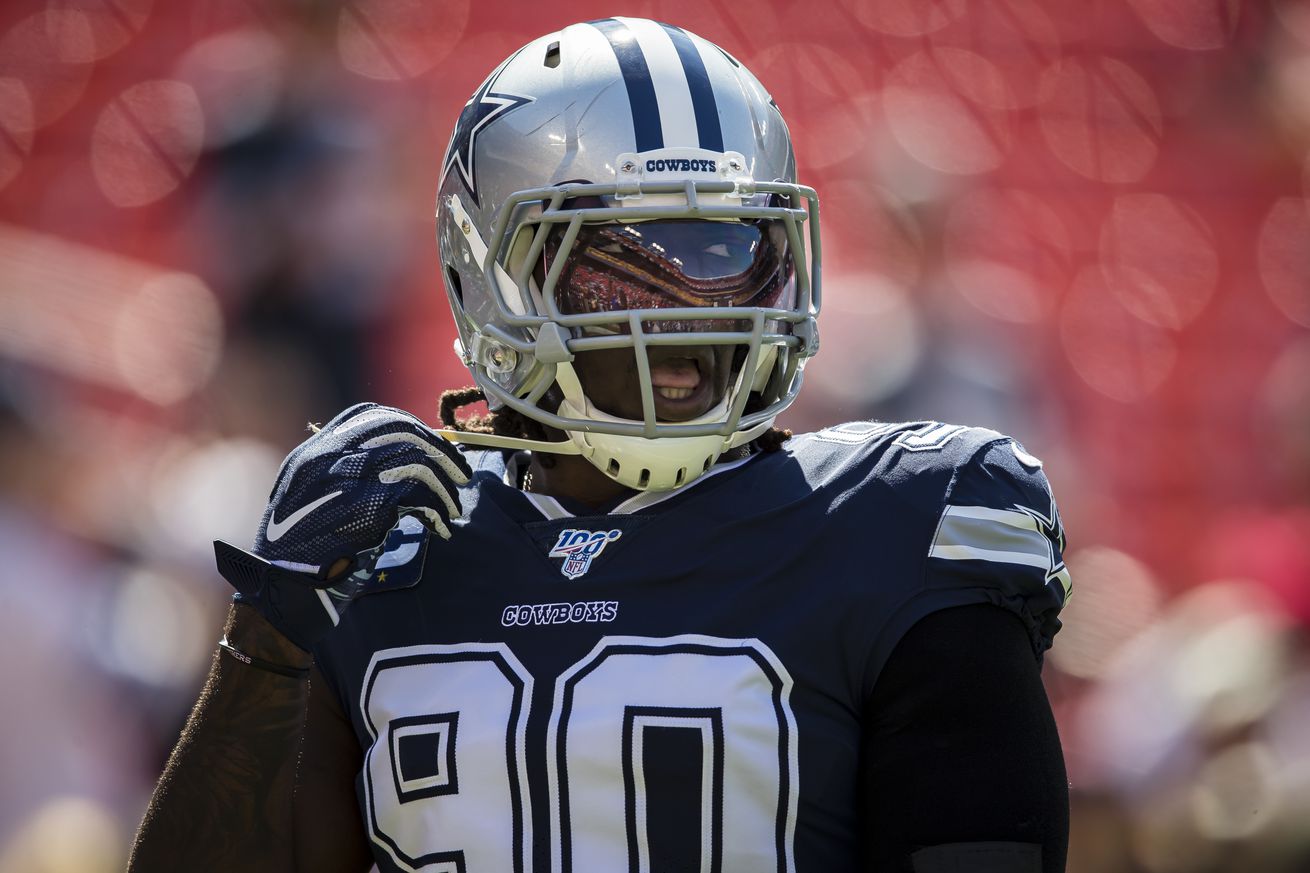 There are a lot of questions at the moment surrounding NFL players attending training camp.

Life as we know it changed in early March when many things shut down due to the Covid-19 pandemic. Sports are obviously a part of that and many professional sports leagues shut down or were suspended in the interest of safety.

There are professional sports leagues that have found a way to safely resume. The English Premier League has been back for a while and is just about to conclude its normal season. Domestically the NWSL, MLS, and PGA Tour are all operational (among others) while the NBA is getting set to tip off shortly.

Unlike all of these leagues, the NFL did not have to pause play as their season ended early on in February with the Super Bowl. It was thought by many that the league, having the rare luxury of time, would be properly ready for the season to begin, but training camp report dates begin this week and there are a number of unanswered questions.

DeMarcus Lawrence is debating reporting to training camp amid the pandemic

Sunday morning brought with it what appeared to be a coordinated effort from NFL players by way of messages shared on social media. The game’s biggest stars, Cowboys linebacker Jaylon Smith among them, shared their own reasons why they are concerned about returning to football amid a pandemic, all the while noting that they do want to play.

It’s hard to say what is right or wrong for any one person as every player should make whatever choice they feel is in their best interest. We have no idea if this will be the case for any NFL players, but some MLB players and NBA players have opted out of returning for reasons specific to them.

Dallas Cowboys edge rusher DeMarcus Lawrence is a leader on the team and has always been outspoken when he feels the need to be. According to ESPN, the team’s star pass rusher is considering reporting to training camp given the uncertainty.

His wife, Sasha, is pregnant and due in October, and he is unsure if it will be wise to show up, given the coronavirus pandemic.

“I’m taking it one time at a time, talking with my team and trying to figure out as many details as possible before I make a decision and have it set in stone,” Lawrence told ESPN. “Shoot, I love to ride with my brothers and play the game of football. When I have to take that away from myself, it’s hard and I don’t want to make a decision like that. But I also have to make sure I’m taking care of my family. Family is No. 1. After the game of football is done, that’s the only thing I have to depend on, so I’ve got to take care of them.”

“You can incarcerate the body, but you can’t incarcerate the mind. That’s the choice of your freedom,” Lawrence said. “I feel like I’ll be OK. I know my wife’s a strong woman. She always steps forward for our family if we have to make this sacrifice in order to make sure our family is striving and still surviving. Other than that, do I want to? Hell no. But sometimes you have to roll with the punches, stand up, stand your ground and do whatever you have to do to make things happen.”

“It’s those type of thing that make you think, ‘Man, are we some pawns? Is my life just a game,’” Lawrence said. “I know I ain’t got forever to play, but at the end of the day, come on, you’re just going to toss me around because you’ve got dollar signs in your face?”

As noted, the game’s brightest stars challenged the league to answer the questions that they have as training camp report dates near. Houston Texans defensive lineman J.J. Watt outlined the questions specifically if you want to take a look at where things currently stand.

The reality here is that there are far more questions than there are answers, but the ones that players are raising are very fair. They are undoubtedly entitled to know the answers and it feels like the NFL’s ability to provide those answers this week will go a long way in determining the status of football this fall.

We will see what happens.