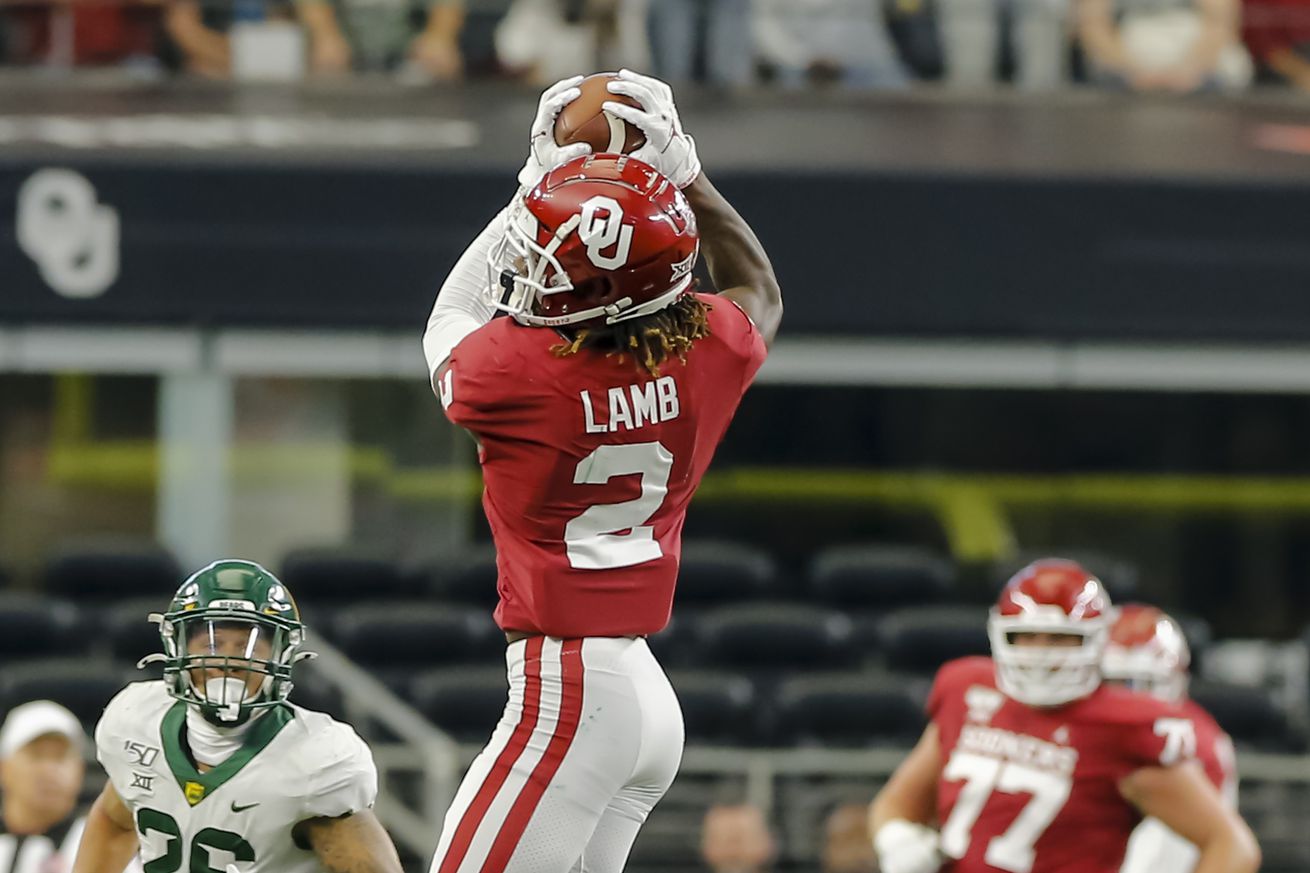 There is perhaps no member of the Dallas Cowboys that people are more anxious to see in action than the team’s first-round pick. When you draft the best wide receiver in college football that sort of thing will happen.

We are still a bit away from watching actual football, but some formalities have to happen before cleats will start running all over field. The business of football does play a role in the game and with rookies reporting to camp this week the Cowboys have been signing their draft picks.

If for whatever reason you had been waiting for the Cowboys to make it official with CeeDee Lamb before ordering his jersey, the wait is over. Things are as official as they can be.

CeeDee Lamb has agreed to terms with the Dallas Cowboys

The hype around the Cowboys’ wide receiver group is very high as the team not only drafted CeeDee Lamb this offseason, but they re-signed Amari Cooper. The two of them combined with Michael Gallup will make for a lot of fun on the football field, and the third has agreed to terms on his rookie deal.

Once upon a time it was a bit difficult to lock down first-round draft picks, but 2011 changed all of that with the Collective Bargaining Agreement agreed to then introducing the rookie wage scale. Lamb’s contract has now been taken care of and we should hopefully be getting more videos like this soon.

CeeDee Lamb is working out in a Dallas Cowboys helmet.

This is not a drill. pic.twitter.com/wzkEIh3RMa

There are less than two months between now and the scheduled start to the regular season. With CeeDee Lamb in the fold for the foreseeable future there are high expectations for this offense. We will see if they can live up to them.