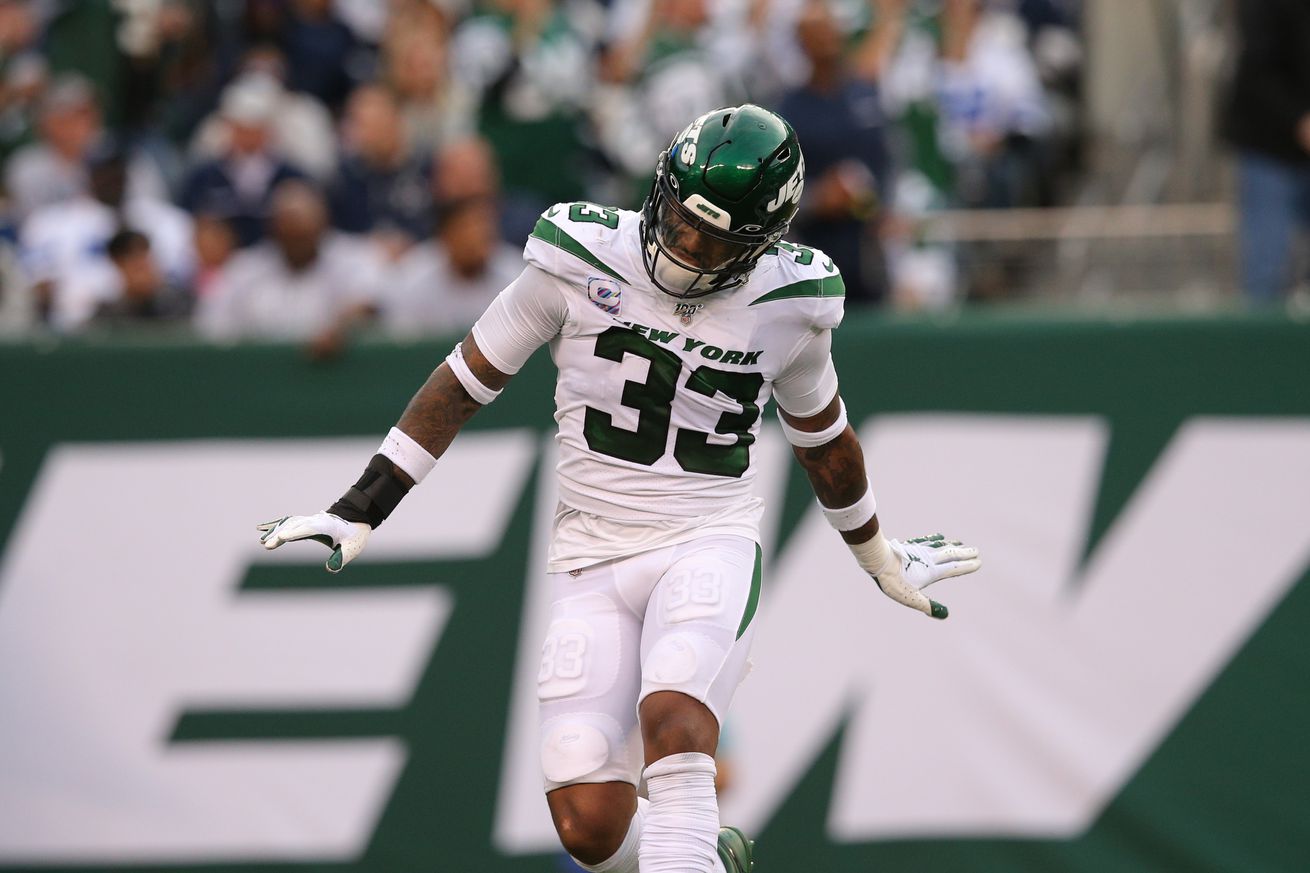 Here is your Sunday’s edition of Cowboys news.

Finally, we can put the notion of the Cowboys trading for Adams to rest as the All-Pro safety is heading to the Pacific Northwest.

The dream of Jamal Adams playing in a Dallas Cowboys‘ uniform is dead. At least for the foreseeable future as on Saturday, a deal (pending physicals) was announced trading the All-Pro safety to the Seattle Seahawks.

Last season, at the trade deadline, the Cowboys were in talks with the Jets about a potential trade for Adams. But those discussions fell through when New York asked for offensive guard Zack Martin or left tackle Tyron Smith as possible compensation. The asking price was simply too high.

There are reports that the Cowboys were in on Jamal Adams, but it’s unknown if they really offered anything.

According to ESPN’s Jeremy Fowler, both the San Francisco 49ers and Dallas Cowboys were involved in trade talks with the Jets before the Seahawks were able to strike a deal.

It’s unclear what the Cowboys or Niners were offering. What is clear, however, is just how much a difference Adams could have made with either club.

San Francisco had the second-best defense in the NFL last year, allowing just 281.1 yards per game overall, with a No. 1-ranked passing defense that limited opponents to 169.2 yards per game. Dallas wasn’t too far behind with the 10th-best passing defense in 2019 (223.5 yards per game), yet in free agency this offseason it added cornerbacks Anthony Brown and Daryl Worley, along with safety Ha Ha Clinton-Dix, to bulk up its secondary.

Considering Adams has racked up 273 tackles, 25 pass deflections, two interceptions and six forced fumbles in three seasons, it’s obvious why both the Cowboys and Niners were pushing to land him.

Mike Fisher claims that sources told him the Cowboys made no recent bid for Adams.

The NFL and the Players Association have agreed to change up the CBA in order to keep football going in the midst of the pandemic. David Helman from the Mothership lays out some of these changes.

Most notably, the agreement will allow for a 16-man practice squad (up from the previous number of 10). There are also provisions for high-risk and general opt outs of participation as a result of COVID-19. As of right now, there is no deadline for when those opt-outs can be taken.

One of the biggest concerns of the NFLPA was about a ramp-up period that will allow players to re-acclimate to football after missing the usual offseason program. The terms of the agreement reportedly allow for a 20-day ramp-up period and a maximum of 14 padded practices before the start of the season. There will be an 80-man roster limit, with a deadline to reach that limit of Aug. 16.

The Athletic highlights some of the financial details of this latest agreement.

The two sides agreed on a smoothing of the salary cap through 2023, meaning whatever losses the league faces in 2020, through playing games in empty stadiums or, in a worst-case scenario, with canceled games, won’t fall entirely on current players. The agreement includes a salary cap floor of $175 million in 2021 — about a $20 million decrease from the 2020 cap, but significantly higher than some of the estimates the NFLPA had been fearing, of a cap that could drop to $130 million or less next year.

The other most important financial agreement reached Friday is that players will only be paid if games are played. If the league is forced to cancel games because of the pandemic, players will not be paid. The expectation is that if the league can get on the field and through Week 1, players will receive credit for accrued season and benefits. Players will be allowed to opt out of the 2020 season for medical or other reasons and receive a stipend.

And so it begins. The first player to choose to not play this season has been identified.

In his social media post, he called the decision one of the most difficult of his life.

“Being at the frontline during this offseason has given me a different perspective on this pandemic and the stress it puts on individuals and our healthcare system,” he wrote. “I cannot allow myself to potentially transmit the virus in our communities simply to play the sport that I love. If I am to take risks, I will do it caring for patients.”

According to an agreement approved by both the league and the union on Friday, players considered high risk for COVID-19 can earn $350,000 and an accrued NFL season if they choose to opt out of the 2020 season. Players without risk can earn $150,000 for opting out. Duvernay-Tardif was scheduled to make $2.75 million this season.

Players have seven days from the time the agreement is officially signed, likely Monday, to make a decision about whether to opt out for the season.

The Cowboys have finally inked all of their rookies from this year’s draft, including their first-round prize star, CeeDee Lamb.

Lamb is scheduled to make around $14 million over four years, but has a fifth-year option since he was a first-round pick.

The rest of the draft picks have four-year deals. Second-round pick Trevon Diggs, third-rounder Neville Gallimore and fourth-round pick Reggie Robinson are all expected to make immediate contributions, as is fifth-round center Tyler Biadasz, who could compete for a starting spot.

Pass rusher Bradlee Anae, a fifth-round pick, could also compete for playing time and seventh-round pick Ben DiNucci, could force the Cowboys to keep three quarterbacks on the final roster.

Cowboys have now signed all 7 draft picks. Nothing they didn’t expect, but it is official. The rookies arrived at the Star on Saturday. pic.twitter.com/jQVtslTahr

What should we expect of Kellen Moore this season? We discuss on the latest episode of Cowboys Hoy.