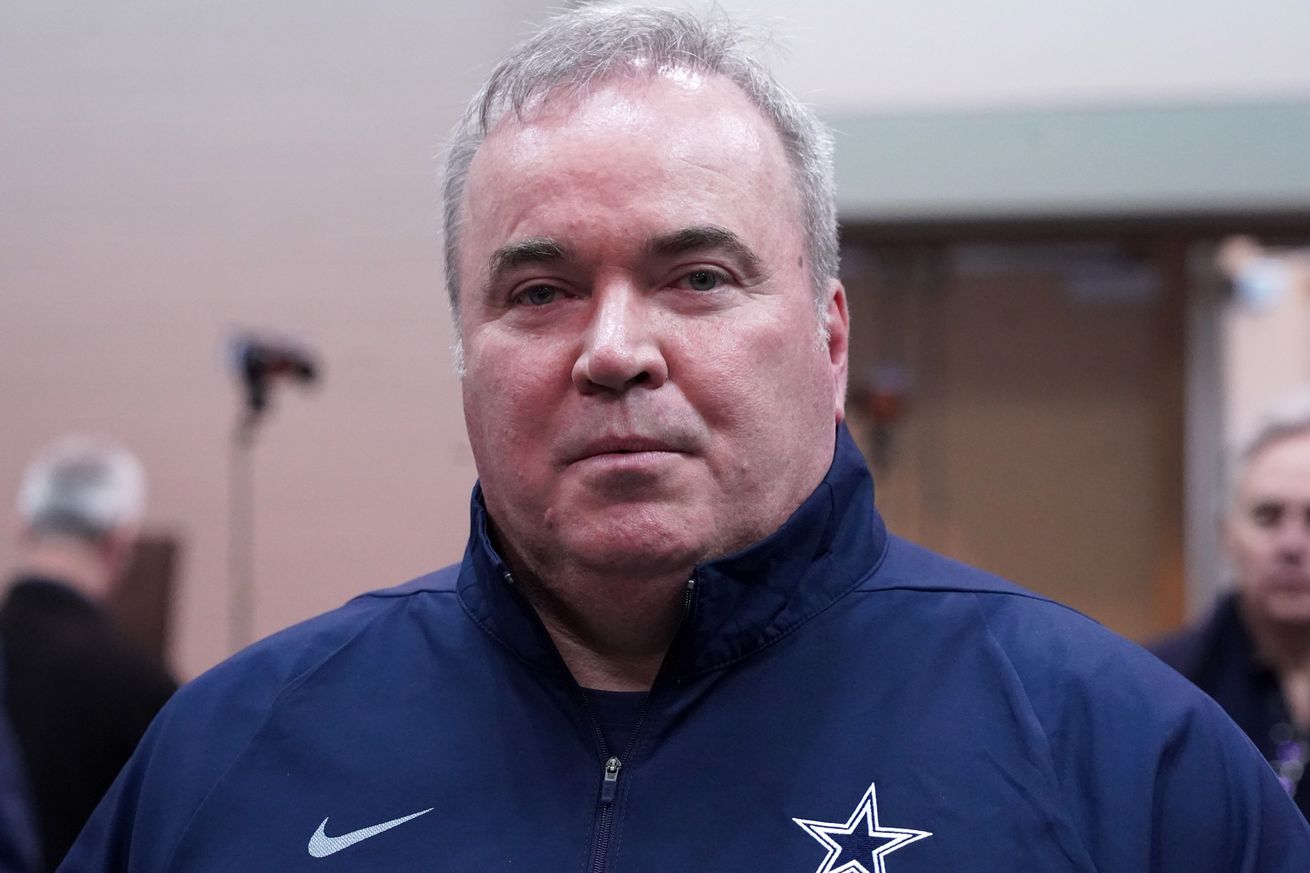 Mike McCarthy may not be calling the plays on offense – Kellen Moore will continue to do so – but the veteran head coach is still looking to infuse his own offensive philosophies with Moore’s. Some things, like frequent passing on early downs and loads of play-action, will easily translate from McCarthy to Moore. But what about the fullback position? It was rarely used by Moore last year, but McCarthy’s record of utilizing fullbacks in a variety of ways could change that in 2020.

McCarthy’s head coach, Paul Hackett, had been the quarterbacks coach for Walsh’s 49ers for three seasons before bringing the West Coast offense to the Cowboys in the final years of the Tom Landry reign. Those were Hackett’s last two stops before taking over at Pitt, where he indoctrinated McCarthy into the teachings of Walsh.

This is where McCarthy’s penchant for using the fullback comes from. Warren Sharp recently penned an illuminating Twitter thread about Walsh and his use of fullbacks, which he described as “the most critical part of our passing game.” Not only that, but Sharp points out how valuable fullbacks still are today, even as the league becomes more inclined towards passing:

FBs provide a key value that often gets overlooked, even in the spread passing age of the NFL

From the father of the West Coast offense, Bill Walsh:

“The FB is the most critical part of our passing game because he’s the one that’s most difficult to handle” pic.twitter.com/s2zOmvm3Jf

But that was ages ago.

FBs are no longer valuable, right?

And McCarthy has certainly witnessed firsthand how important fullbacks can be, in more ways than one. Packers fans have fond memories of John Kuhn, the fullback who exploded onto the scene in 2010. While Kuhn had played a minimal role for three years, McCarthy found ways to turn Kuhn into a utility nightmare for defenses.

In 2010, Kuhn rushed 84 times for 281 yards and four touchdowns while also catching 15 passes for 97 yards and two touchdowns. With a quarterback (Aaron Rodgers) who was just starting to hit his peak commanding an offense that already featured the likes of Donald Driver, Greg Jennings, James Jones, Jordy Nelson, and Jermichael Finley as receiving threats, getting Kuhn involved as both a runner and catcher, in addition to blocking, took the Packers’ offense to the next level. And it led them to a Super Bowl ring.

McCarthy continued to feature Kuhn as a dangerous utility player, and over the six seasons that Kuhn held this role he accumulated 573 rushing yards, 13 rushing touchdowns, 482 receiving yards, and four touchdown receptions. Kuhn averaged over four yards per touch, an incredible mark for a fullback that earned him three trips to the Pro Bowl.

But after the 2015 season, Green Bay let an aging Kuhn go in free agency and tried to replace him with second-year pro Aaron Ripkowski. While he had the perfect name for a fullback, Ripkowski struggled to produce at a steady level. He wasn’t as reliable blocking, rushing, or catching, and it came to a head in the 2016 NFC Championship game.

Down 10-0 early in the second quarter to the Falcons, McCarthy’s offense was starting to move the ball. They were 23 yards away from the endzone when they handed it off to Ripkowski. After busting up the middle for 12 yards, Ripkowski fumbled the ball and Atlanta recovered. The Falcons scored on the next possession to go up 17-0. The commanding lead deflated the Packers, who ended up losing 44-21.

Ripkowski only saw 12 total touches in 2017 as McCarthy tried to pivot away from the position, realizing he didn’t have what he used to in Kuhn, before cutting Ripkowski and essentially doing away with the position altogether in 2018.

But McCarthy at his core believes in the fullback, and as Sharp displayed above, teams like the 49ers with Kyle Juszczyk and the Vikings with CJ Ham are seeing real results with the position. So what could this mean for the Cowboys?

Dallas has Jamize Olawale on the roster already, and while he hasn’t contributed much in the two years he’s been here Olawale is someone that Moore has tried to get more involved in the past. That’s for good reason: Olawale showcased his versatility in Oakland from 2015 to 2017, when he put up 200 rushing yards and four touchdowns alongside 344 receiving yards and a touchdown catch. Coincidentally, the Raiders’ offensive coordinator during that time, Bill Musgrave, played quarterback for the 49ers back when they ran Walsh’s offense.

Dallas also has undrafted free agent Sewo Olonilua from TCU, whom they converted from running back to fullback. Olonilua split carries with Darius Anderson (also on the Cowboys roster now) but still put up 537 rushing yards, 114 receiving yards, and nine total touchdowns. Measured at 6’3” and 240 pounds, Olonilua’s profile entering the draft was that of a big, sturdy running back with surprising ability as a receiver (relative to his size) who would need to find a niche role to hang on in the NFL. That should translate well to the modern day fullback that McCarthy craves.

While Moore made somewhat of an effort to get his fullback more involved last season, McCarthy can give him the experience and knowledge of what it takes to actually make it happen. With Dallas possessing so many weapons on offense, not unlike that 2010 Packers offense, now would be the ideal time to properly integrate a fullback into this offense. Whether it’s Olawale or Olonilua, fans should expect to see more from the fullback position this year.