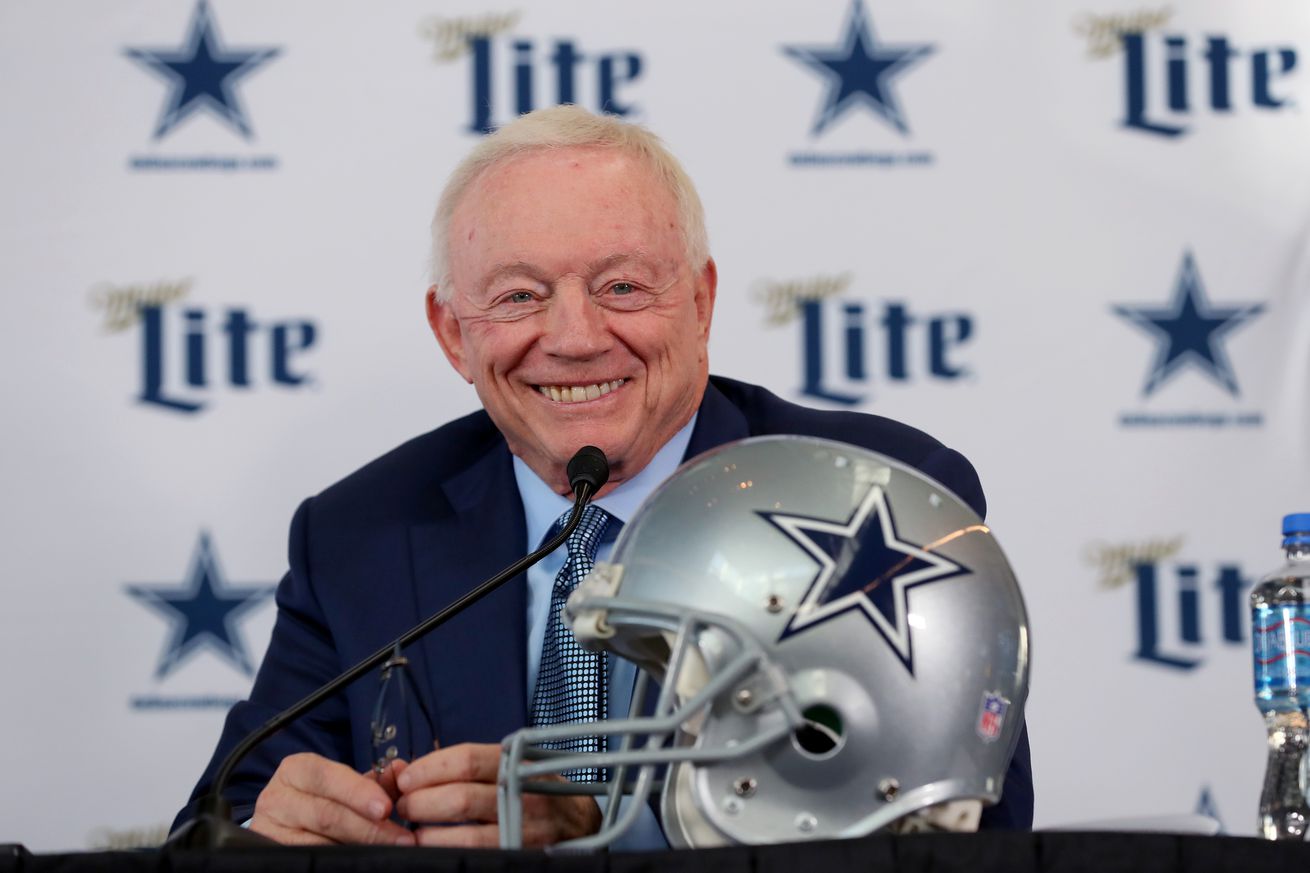 That’s a lot of dollar signs.

The Dallas Cowboys are worth a lot of money. While it is understood that wins and championships are the most important thing in the world of football, it is still nonetheless impressive how America’s Team has turned into a sports empire over the last 30 or so years. That is the Dallas Cowboys way.

Just how valuable are the Dallas Cowboys, though? When you put things into terms of dollars and cents, you start to get amazed at the worth of the organization.

Of course “worth” includes things like their stadium, world headquarters, so on and so forth, but those are all things that are part of the brand. And the brand is worth quite a lot.

The Dallas Cowboys are the most valuable sports franchise in the world, again

It’s a tale as old as time. Every year Forbes drops their list that ranks each sports franchise in the world by worth, and for a while the Dallas Cowboys were flirting with the top spot. In recent memory they have owned it and this year is no exception… the Dallas Cowboys are still the most valuable sports team in the world.

The Dallas Cowboys are one of three NFL teams featured in Forbes’ top 10 (New England Patriots and New York Giants) and they are the only squad based out of the state of Texas. The other American franchises, besides the other two NFL teams, include the New York Yankees, New York Knicks, Los Angeles Lakers, and Golden State Warriors. You are talking about teams based in New York, LA, Silicon Valley, or that are the gold standard in the Patriots here.

Internationally there are three soccer clubs in Real Madrid, Barcelona, and Manchester United. Last year this list did feature the Los Angeles Dodgers tied for 10th with the G-Men, but they seem to have fallen off here in 2020 (maybe all that money they gave to Mookie Betts was the difference!).

Speaking of last year’s list, when we looked at it we also examined the last title that each team in the top 10 had won. Not much has changed over the last 525,600 minutes in that department as the only team in last year’s top 10 that has won a title since is Real Madrid having just won La Liga.

Amazingly the Cowboys sit atop the top 10 while experiencing the second-longest title drought (New York Knicks). More than anything that speaks to the true power of the brand, but it’s not like the Cowboys have been a disaster. They have knocked on the door plenty of times, they just haven’t kicked it all of the way in.

Perhaps this is finally the year.