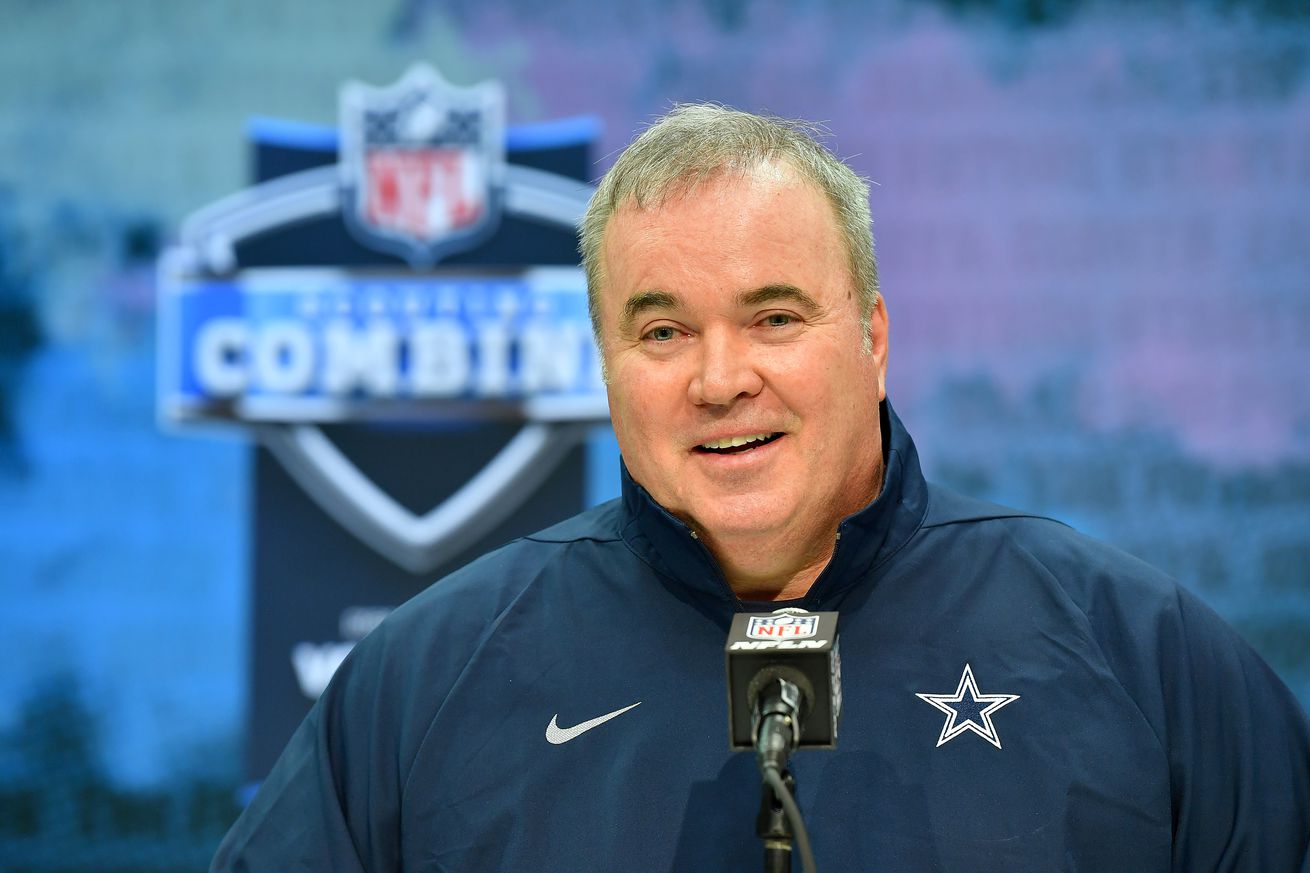 Did someone say analytics?

So much has happened over the course of the offseason that it is sometimes easy to forget that the Dallas Cowboys have a brand new coach in Mike McCarthy. The offseason has been that long.

It has maybe felt just a bit longer for McCarthy himself as he did not coach in the NFL last season as he very famously spent the year working, a process he titled “The McCarthy Project”. It is not exactly fully known just how much Mike McCarthy plans on changing his style around and that is part of what people are so excited to see this offseason.

Something McCarthy has done over these last few months is drop the buzziest buzz word that there is when it comes to the NFL – analytics. It seems as if the new Cowboys coach is up to date with modern times which could mean that success is headed their way in 2020.

The world of analytics features a few prominent people that have a deeper understanding of it than most, and one of these people is undoubtedly NFL Media’s Cynthia Frelund.

Frelund does a lot of work in the realms of prediction and projection and she is apparently confident in Mike McCarthy’s Dallas Cowboys. Very confident.

New Dallas head coach Mike McCarthy is stepping into a situation that was already pretty good overall, taking over a Cowboys team that ranked first in total yards per game (431) in 2019. However, one area where McCarthy’s influence and architecting forecasts to boost efficiency is in the red zone. The 2019 Cowboys were tied for the second-best third-down conversion rate (47.1), but when they came within 20 yards of an opponent’s end zone, their third-down efficiency decreased significantly (to 33.3 percent, tied for 21st). So despite ranking sixth in points per game (27.1), Dallas has room to improve in terms of scoring efficiency in the red area, with their 2019 red-zone touchdown rate sitting at 57.4 percent, 15th in the NFL.

Of all the teams with new coaches/play-callers, McCarthy’s Cowboys have the best odds in my model to make the postseason. Yes, holdover offensive coordinator Kellen Moore will continue to call plays. But the conservative and often predictable (as measured by defensive formations) nature of the Jason Garrett regime in Dallas forecasts to be replaced by a West Coast-style that will make better use of a talented wide receiver corps (ranked second-best in the NFL by my model) under a coach who came to embrace analytics during his season away from the game. While the ex-Packer head coach’s resume shows that he passed much more frequently in the red zone (on 59.7% of red-zone plays) than he ran the ball (40.3%) during his time leading Green Bay, and while he’s never deployed a running back with the type of effectiveness Dallas’ Ezekiel Elliott has displayed, McCarthy has logged many seasons with top-end O-lines. This leads me to increase my projection for Elliott’s results, especially given the space he’ll have to work with based on the spread alignment concepts. (Ahem — don’t under-value him in fantasy.)

The takeaway here? Expect creativity and effective West Coast principles. It would be hard for the offense to top the league in yards per game again, but the thing that really matters — win total — forecasts to increase. Which means franchise-tagged Pro Bowl quarterback Dak Prescott could make an even stronger case for a very lucrative long-term contract next offseason.

The idea that a West Coast style could replace the predictability of Jason Garrett is literally the sweetest sound possible for Dallas Cowboys fans. Literally every single one of them Many have been screaming forever to shake things up and be unpredictable, but doing that recklessly isn’t necessarily wise. Creativity and West Coast principles serving as the foundation for that type of behavior is the ideal situation.

It will be fascinating to see how Ezekiel Elliott fits in this. Analytically-driven thoughts suggest that paying running backs is hardly ideal, but that is a bridge that the Cowboys crossed long before Mike McCarthy arrived. Perhaps he will simply utilize him to the fullest degree and if that happens in say the passing game then people will be all the more enthused.

Bring on the revolution.