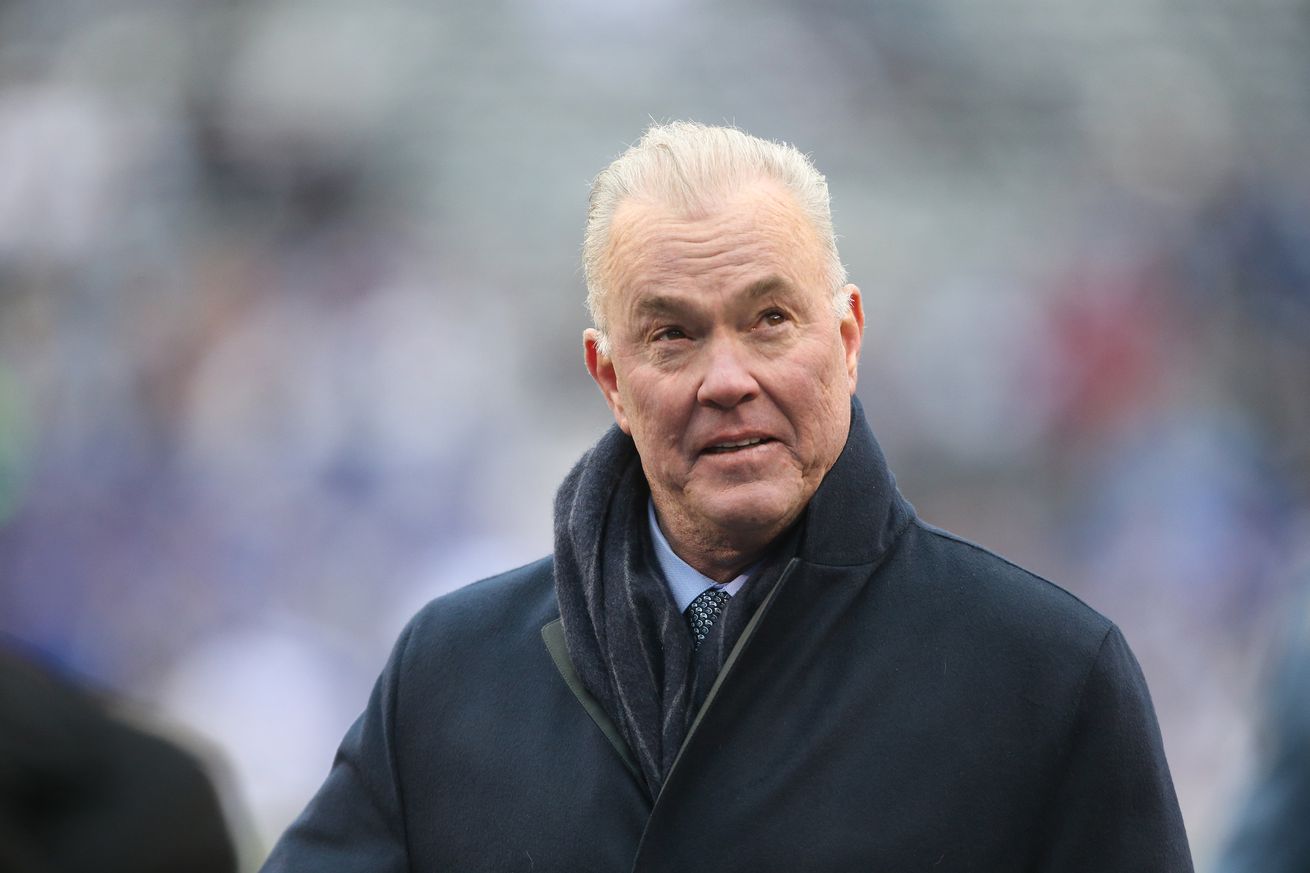 Stephen Jones has played the villain by not being able to get Dak extended, but he could be a hero in disguise.

The July 15th Dak-deadline came and went with no agreement reached between the Dallas Cowboys and their young franchise quarterback, Dak Prescott. It was a surprise to most of us as we’ve struggled to understand the reasoning behind not getting a deal done. Many have speculated (myself included) as to why an extension didn’t go down. I even asked Jeff Cavanaugh from 105.3 The Fan to try to come up with some reasonable explanations, and this is what he came up with:

To be honest, it’s really hard to rationalize the Cowboys’ decision to not get their star quarterback inked, and as a result – the front office has turned into the Cruella de Vil of general managing. Fans want answers!

While we can assure you that the Joneses do not make fur coats out of puppies, they still come out as the villains on this one, even though it takes two to tango. And some are selling a bill of goods when it comes to spinning the Cowboys’ greediness.

You’re disingenuously fueling the haters. You know how the salary cap works, Clarence – don’t be a part of the noise.

Just so everyone is on the same page, this is simply about allocation of resources. The Cowboys, just like any non-top 10 Forbes list making team, have a salary cap to work around. That’s the holdup. Stephen Jones spoke about the contract dilemma on Thursday, and there were some really important things mentioned that should shed some light on the situation.

Even within the same conversation, he upped his confidence level by 10%. See, who says he’s not willing to come up on his numbers?

“We are 110 percent behind him, and ultimately feel like we’ll get this done.”

The point here is that the Cowboys are still all-in with Dak, and that is very significant as it brings us to Exhibit A – The Cowboys always keep the players they want to keep.

Let’s just do a little recap for a moment, shall we? Looking back over the last several years, has there ever been an instance where the Cowboys have been publicly vocal about a player they wanted to be a part of their future, only to eventually let them get away? The answer is a resounding – NO!

When it comes to players like Byron Jones or Anthony Hitchens, who are both good football players by the way, the front office was pretty telling with how uncommitted they were with them. They loved Byron Jones, but when Stephen Jones says things like, “he’s had a great run” or “that’s a hard thing when you have quite a few players” or “visit with his guys and kind of see their direction” – these are all nice ways to say that he’s no longer going to be a part of their football team. There was no surprise when he left in free agency.

But things are quite a different tune when it comes to players they know they’re signing. Remember, with Amari Cooper, talks were “very upbeat” and even went as far as calling Dak and Amari “the obvious ones.” And with DeMarcus Lawrence, he just flat out said, “We won’t let D-Law not be a Dallas Cowboy next year.”

Sure, these are just words, but to Stephen’s credit, he’s never led us astray when walking the walk. But if you’re looking for actions, look no further than Exhibit B – The Cowboys have no alternative plan at quarterback.

As pleased as we may be with the free agent acquisition of Andy Dalton and the draft selection of Ben DiNucci, none of these moves provide long-term answers at quarterback. This past offseason offered one of the more QB-rich free agencies as Tom Brady, Phillip Rivers, and Teddy Bridgewater all signed $20+ million deals with new teams. Former no. 1 overall picks in the draft, Cam Newton and Jameis Winston, both took super cheap deals to go to the only two teams with over 35 regular season wins over the past three seasons. If the Cowboys wanted to go a different direction, why didn’t they go already?

Truth be told, they don’t. It’s Dak they want, and its always been Dak.

But the biggest reason for this holdup is the same reason they’ve been telling us about all year, the length of terms. So, that brings us to the final argument for why they didn’t pull the trigger last month, Exhibit C – The Cowboys need to spread out his cap hit to keep the team competitive. Jones reiterated:

“They certainly want a shorter deal. Historically we have, as management, wanted longer deals because it’s more cap friendly and we’re able to spread some things out and keep some players. At the end of the day, and Dak understands this, that’s what we’re trying to do.”

In essence, this makes the front office the real heroes. Dak and his representatives are only worried about Dak. And rightfully so, it’s not their job to manage the salary cap. Prescott has earned it and he has every right to get everything he’s owed. But the Cowboys front office is also within their right to make the best decision that is going to help this team long term.

For example, the team has signed their star offensive linemen to six-year (or eight-years in the case of Tyron Smith) deals which has proved very beneficial to the team. With players they know are going to be a good for many years to come, these longer deals allow them more freedom in providing restructures, thus freeing up cap space whenever they need it. That’s huge.

When this is all said and one, the Cowboys are undoubtedly going to end up paying more for Prescott. On the surface, that seems like bad business. However, constructing a deal that allows them to wisely move money around is what is going to give this Dak-lead team it’s greatest chance of success, and Stephen knows that.

“It’s just one of those things, when you’re talking about a deal as big as this is ­– for our team, not just for Dak but our entire team, the ramifications that it has – we certainly want to get it done right.”

Get it right, Stephen. The future success of this franchise depends on it.