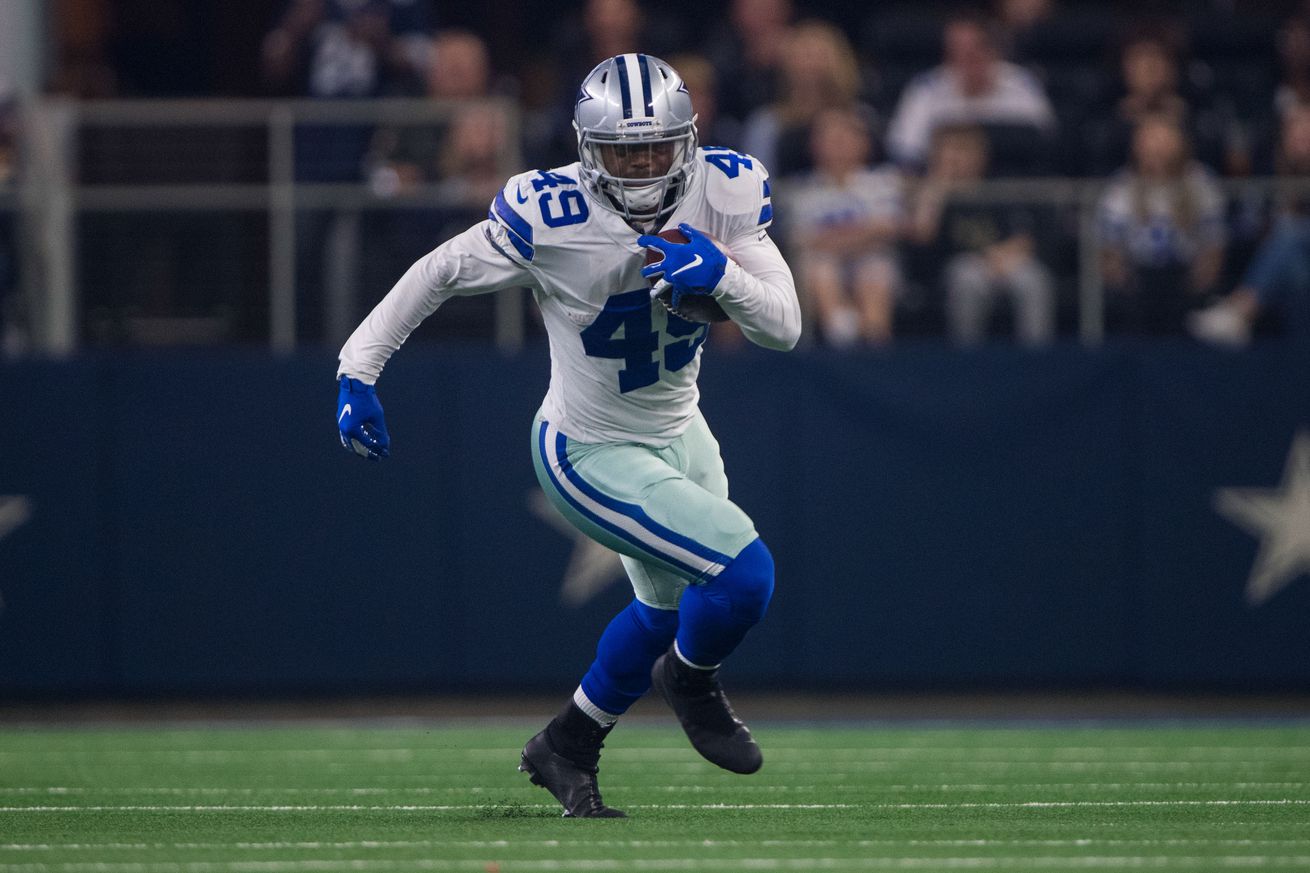 Another Cowboy has chosen to opt out.

The Dallas Cowboys are at The Star and putting together their preparations for the 2020 NFL season, and this week looks like it could feel the most like a normal training camp one.

Such is the case because rookies and veterans have all gone through testing for Covid-19 and are now focusing, as much as they can, on football-related activities. There is a lot of work for Mike McCarthy and his staff to do before kickoff in six weeks.

Given the coronavirus issue, some Dallas Cowboys, and others across the league, have chosen to opt out of the season. Entering Sunday, the Cowboys had seen Maurice Canady and Stephen Guidry both opt out, and my colleague Dave Halprin noted that the Cowboys have had relatively few opt outs, especially among the starters. Looks like he put the jinx on as we have a new opt-out.

We all know that the Cowboys backfield is going to feature a lot of Ezekiel Elliott and when that isn’t the case hope is that Tony Pollard will be heavily involved.

Truth be told the Cowboys had a lot of interesting options that lined up behind Dak Prescott and one of them was their fullback. He won’t be there in 2020 though as Jamize Olawale has opted out of the 2020 NFL season, according to NFL Network.

The Cowboys picked up the option on Olawale’s contract this offseason and he is technically tied to the organization through the 2021 season. Given the way protocols work with opting out his contract will toll for this season and things will pick up where they left off in the offseason.

Fullbacks don’t get as much love as running backs do, but they obviously play an important role. We will see what Mike McCarthy and Kellen Moore dial up, this could open up a potential roster spot for someone like fan favorite Sewo Olonilua.

All the best to Jamize Olawale.