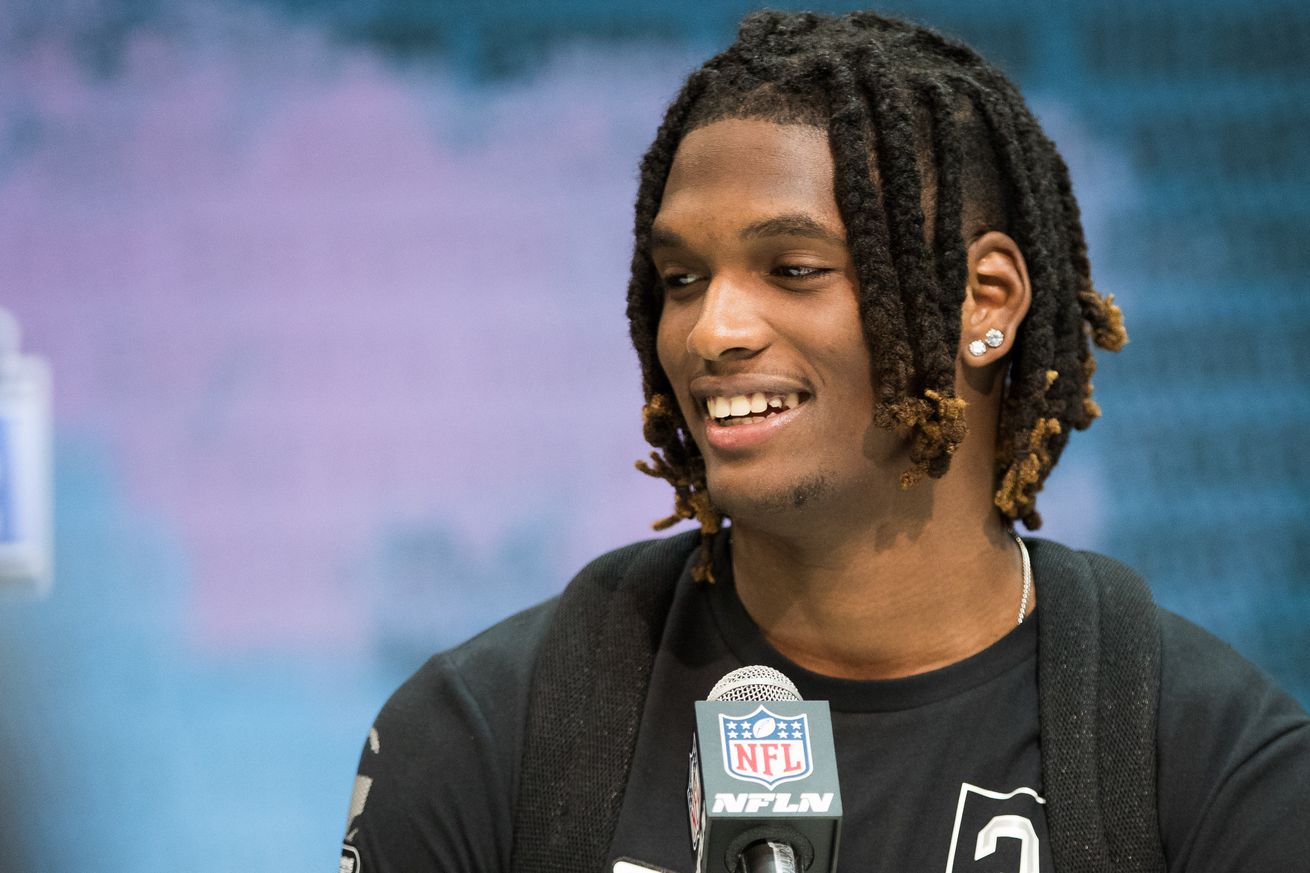 The Cowboys rookie receiver will get his chances, and just maybe break through in his first year.

Now that NFL training camps are starting to happen, fans and media are starting to think about the actual 2020 season. At this point it looks like it is going to happen unless things change dramatically, so we might as well start forecasting things about the season. Adam Schein at NFL.com decided to write about the nine rookies he can’t wait to see in 2020.

Wouldn’t you know it, Cowboys rookie CeeDee Lamb is number one on his list.

Back on April 23 around noon ET — just hours before the 2020 NFL Draft began — Lamb was a guest on my SiriusXM Radio show, Schein on Sports. Our conversation was superb, and one thing that really struck me was how much he obviously lives for the big moment. He loves having the bull’s-eye on his back. He covets gigantic games, where he can go out and dominate to help his team win. I came away from our talk thinking Lamb’s built to shine on the brightest stage. And then he was drafted by America’s Team.

I don’t know how CeeDee was still available at No. 17, but this selection was highway robbery for Dallas. And the player-team pairing fits like a glove. Lamb has the chops to be a Cowboy and wear the club’s famed No. 88. Put the spotlight on this Oklahoma product — he craves it.

Okay, that’s all pretty standard stuff. Lamb does seem to like the spotlight with his play. He’s ready to take on wearing #88 in Dallas, and yes, his selection at #17 for Dallas was downright thievery.

So all good, then Schein throws in this bombshell.

Add in [Lamb’s] ball skills, acrobatics and dynamic run-after-catch ability, and I think Lamb will become Dak Prescott’s favorite receiver in 2020. Yes, even as a rookie. Yes, even after a highly abbreviated offseason/preseason. Yes, even in a receiving corps that boasted a pair of 1,000-yard guys last season in Amari Cooper and Michael Gallup. CeeDee’s that good. I can’t wait to see him at the pro level.

Hold the phone. As Nicolas Cage might say – that’s high praise. Lamb will be stepping in for Randall Cobb, so he’ll basically be a starter. It’s unknown how much Lamb will be in the slot and how much they will move him outside, but he’s shown he is adept at both. And yes, his skills with the ball in his hands are magnificent.

But Amari Cooper and Michael Gallup are established veterans with track records hooking up with Prescott. Schein doesn’t define what being Prescott’s favorite receiver entails. Most catches? Most yards? Most TDs? In any of those categories, it will be a heavy lift for Lamb.

Cooper led the team with 79 catches, followed by Gallup at 66, Jason Witten at 63 and Cobb at 55. With Witten gone, some his catches will go to Jarwin, but you could also see some of them going to Lamb who is well-suited to work the underneath area of the defense. But could he really catch Gallup or Cooper?

Cooper also led in yards with 1,189, Gallup was second at 1,107, and Cobb was third at 828. That’s a lot of ground to make up to catch Cooper or Gallup. It would take a lot of extra catches than what Cobb got to make up over 350 yards on Cooper. If the Cowboys use Lamb on some of the shorter routes like many are predicting, then his YAC would have to be extraordinary to make up that distance.

Touchdowns are another story. Cooper had eight, Gallup had six, Witten had four, and Cobb had three. But you could see Prescott liking Lamb down in tight spaces in the red zone. It’s not too far-fetched to imagine Lamb leading in TD catches.

Do you see Lamb surpassing either Cooper or Gallup in 2020 in any of the major receiving categories?