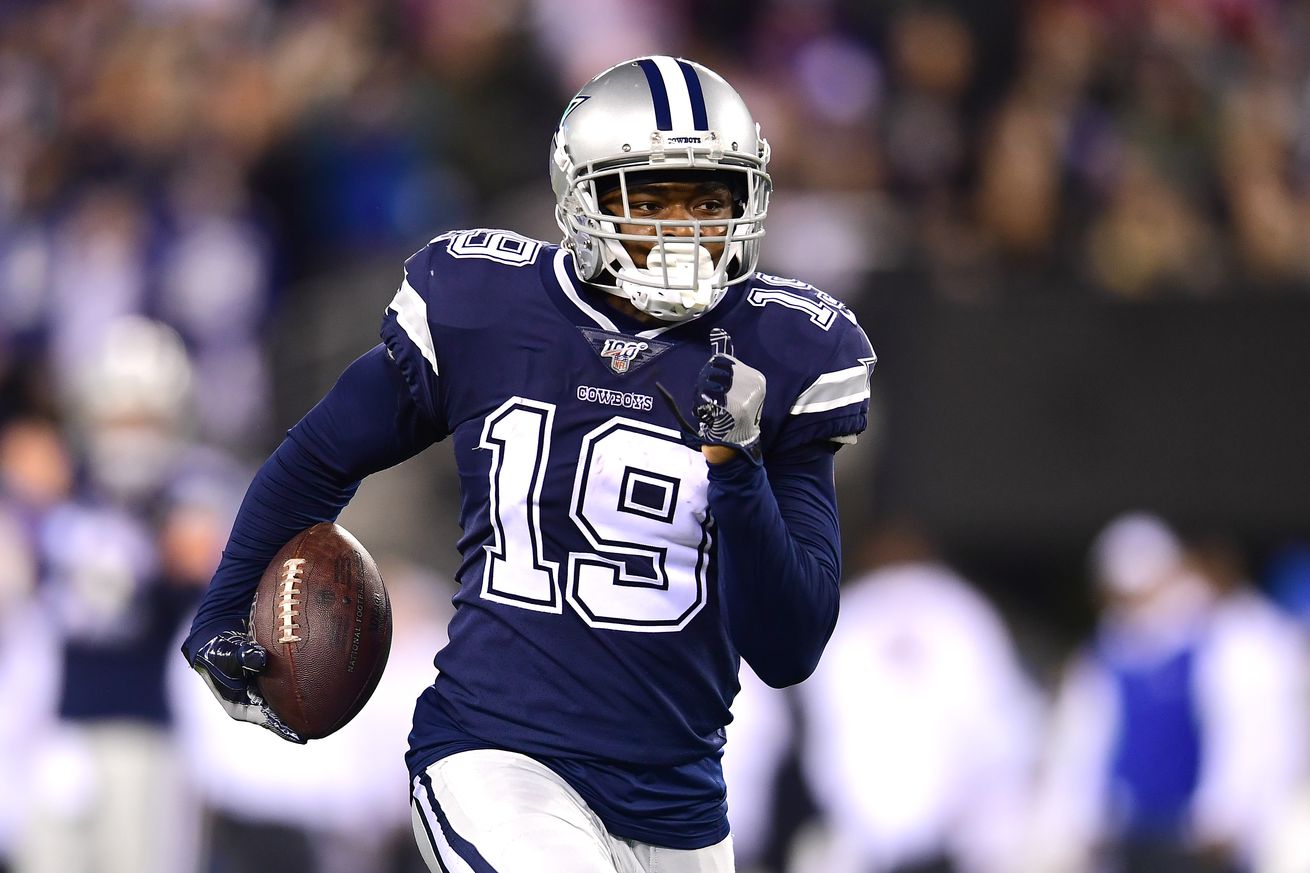 Speak it into existence, Amari.

The Dallas Cowboys have one of the best wide receiver groups in the National Football League. Such was the case last year when Amari Cooper, who the team re-signed this offseason, played his first full season with the team while Michael Gallup broke out as a star. When you factor in Randall Cobb playing well out of the slot, well, it’s no wonder the group stood out across the league.

With absolutely no offense intended towards Randall Cobb, the Cowboys figure to be even better in 2020 with CeeDee Lamb replacing the newest member of the Houston Texans. Dallas has some elite toys to work with this season, and Amari Cooper says expectations for them should be pretty high.

Amari Cooper says the expectation for the Dallas Cowboys is to have three 1,000-yard receivers

There are rarities in the NFL as far as accomplishments go. It used to be rare to have a quarterback throw for over 4,000 yards for example, but that has become so normalized that nobody really bats an eye at it anymore.

Something that is still a bit hard to find is when three wide receivers on the same team all go for at least 1,000 yards. Such a feat hasn’t been accomplished in the NFL since the 2008 Arizona Cardinals (Larry Fitzgerald, Anquan Boldin, and Steve Breaston), but Cooper thinks that those are kind of the expectations for these Dallas Cowboys.

Cowboys WR Amari Cooper on adding CeeDee Lamb along with himself and Michael Gallup’: “I think the expectation is to have three 1,000-yard receivers this year.”

Dallas has been building this wide receiver group for a couple of years now and obviously CeeDee Lamb is the final infinity stone for their gauntlet. Things would look massively different around The Star if Cooper had ended up leaving in free agency, even with the team drafting Lamb.

Why didn’t Cooper leave, though? He was reportedly offered more money by the Washington Football Team, yet he stayed with America’s Team? According to him, it’s the feel of the Cowboys that was most appealing.

Amari Cooper on why he elected to sign back with the #Cowboys, rather than taking more money elsewhere, he says Dallas is just unlike other places: “Having the opportunity to be on a team that I really love, I wouldn’t trade that for anything.”

Obviously it has been difficult for players and teams to practice with facilities being closed over the last few months, but that clearly did not get in the way for Dak Prescott. Not by a long shot. This has been speculated on around the internet, but Amari Cooper confirmed that QB1 had a custom field built at his home to practice on. Cowboys players have been there working.

#Cowboys WR Amari Cooper says he and a number of offensive players have been working out pretty consistently together to get their timing right with QB Dak Prescott. Recently those workouts have been at Prescott’s who just had a football field constructed at his home.

It is good to know the Cowboys were getting together (safely, we assume), working out, and doing so at Dak Prescott’s home all so that they can accomplish their one community goal.

It has been speculated that these photos were taken at the aforementioned field.