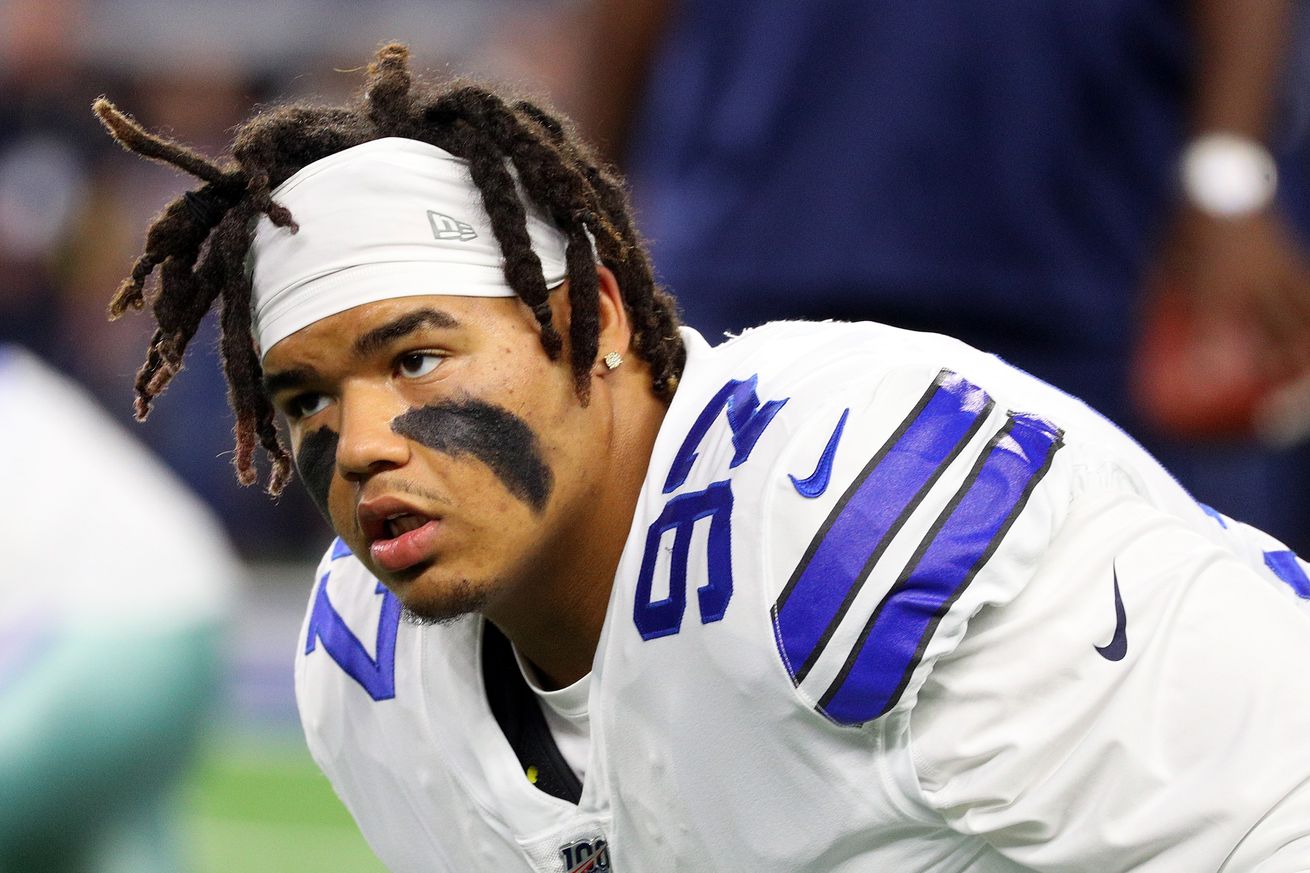 It could be a chance for Trysten Hill to build for the future. | Photo by Richard Rodriguez/Getty Images

While the cutdown to the initial regular season 53-man roster remains a key moment for the Dallas Cowboys and the rest of the NFL, the signing of the practice squad has always been fun to track as well. It has always been a way to keep some young talent around for future development as well as serving as a ready source for injury replacements. Now, with the added issue of COVID-19 testing and the special rules in place for the 2020 season, putting the PS together is much more important than it ever has been. It will offer more opportunities than ever before, and will be open to players that previously would not have been considered.

There are a lot of new rules involved. Here are some of the key ones to keep in mind.

This has to be taken in the context of no preseason games for evaluation of players, and very limited practices in training camp. Decisions on the 53-man roster will have to be made with far less data than in the past. Expect the team to rely heavily on players with past experience either with the Cowboys or other teams. This means that opportunities for UDFAs are far more limited, which makes the PS a much more likely path for them to keep their football dream alive. And for a handful of vets, it is now a fallback if they don’t get on the 53-man roster.

Here are some players that look to be prime candidates for the Dallas PS this season.

His rookie season was unimpressive, and there is a numbers crunch at the position. Mike McCarthy prefers to carry four into the season. Antwaun Woods, free agents Gerald McCoy and Dontari Poe, and third round rookie Neville Gallimore are likely to take up those slots. That leaves Hill the odd man out, and the PS looks like his best option at this point, since his performance last season is not likely to generate much interest in him from other teams. This could be excellent for him in the long run. McCoy and Poe both are at an age where retirement could always come into play, and Woods is just under contract for this season. Hill can get in a year of work to improve himself and compete in what will hopefully be a normal camp next year.

No one expects the seventh-round pick with the small-school career to be ready to play this season. Andy Dalton provides a high-quality backup for Dak Prescott, and while we don’t know how McCarthy will approach things, the Cowboys have not been afraid to carry just two into the season in the past. With the rules making it easier to elevate PS players, it makes a lot of sense to stash The Nooch on the PS.

Connor McGovern and fourth-round pick Tyler Biadasz are both likely ahead of Redmond in the team’s plans. His versatility makes him an excellent candidate to put on the PS as another bit of insurance if the team doesn’t go extra heavy on linemen for the season, which seems unlikely.

The Cowboys have shown a preference for growing their own in recent years, although Worley’s past experience may put him in the mix. Still, it is a crowded room and having two high-value draft picks in it may squeeze him out. He is one player that could be signed away before the team could sign him to the PS by a CB needy team, but if he isn’t, Dallas might be wise to make an offer, probably one of those higher dollar ones.

It is a position where going heavy on the PS has some value. Expect both of these to get strong consideration if something unexpected doesn’t happen in camp, especially if Worley should not be on the PS.

He would have had a real shot to make the 53-man roster in a normal year, but the limitations of this one probably will give both Joe Jackson and Jalen Jelks a leg up. Carter is also a small-school prospect and probably needs some practice time to become an NFL level asset. But he has some real talent. Keep an eye on him to not only get elevated at some point, but to stick on the 53-man roster for the latter part of the season if someone else struggles a bit.

He is a player that would have had a real chance to break into the roster in a normal situation, but this year makes that a lot harder. With the expanded PS, he seems almost certain to be a target.

P to be named later

Unless Chris Jones regains his old form, or the team brings someone in that takes his spot away, it would not be a bad idea to have a PS punter as a sort of ongoing competitor for the job. Maybe not highly likely, but those extra spots allow some creativity.

This is based on a personal projection that the Cowboys will only carry three backs on the roster to start the season in Ezekiel Elliott, Tony Pollard, and dual purpose FB/RB Sewo Olonilua. They would almost have to have one stashed on the PS for injury protection, and it may be a place they could double up.

Again, this is based on expecting the Cowboys to lean towards carrying two swing tackles in Cameron Erving and Brandon Knight, but even if they just go with one, Hyatt seems a good bet to also go on the PS, especially if he and Knight are close in practice which could make this another place two-deep makes sense.

Tight end looks like a less-emphasized position this year, or at least that is the hope. That makes going with three on the roster most likely, and Dalton Schultz and Blake Bell look like the backups for Blake Jarwin. McKeon is another likely PS player who would have had a real chance to supplant someone in a full camp and preseason.

Past the starting trio of Amari Cooper, Michael Gallup, and rookie CeeDee Lamb, the depth chart here is anyone’s guess. Jon’Vea Johnson would have been one of the favorites to grab a spot on the 53, but he is now on COVID-19 IR, which will set him back. Without preseason games, there will only be practice reports to go on, and things could go just about any direction. Cedrick Wilson and Devin Smith probably have the inside track, but there will be one or two WRs on the PS, and you can kind of take your pick.

That’s approximately sixteen PS spots filled, but even though there are no preseason games to worry about, there is still an ongoing risk of injury in practice, as well as the ever-present threat of positive COVID-19 tests. That will likely give some of these names a chance to move up and open more PS spots that could have the Cowboys scouring the waiver wire.

However, these suggestions are an attempt to maximize the value of the PS to the team. There may be other names that you feel deserve consideration. The increased size certainly offers much more opportunity than in the past. Let us know in the comments.