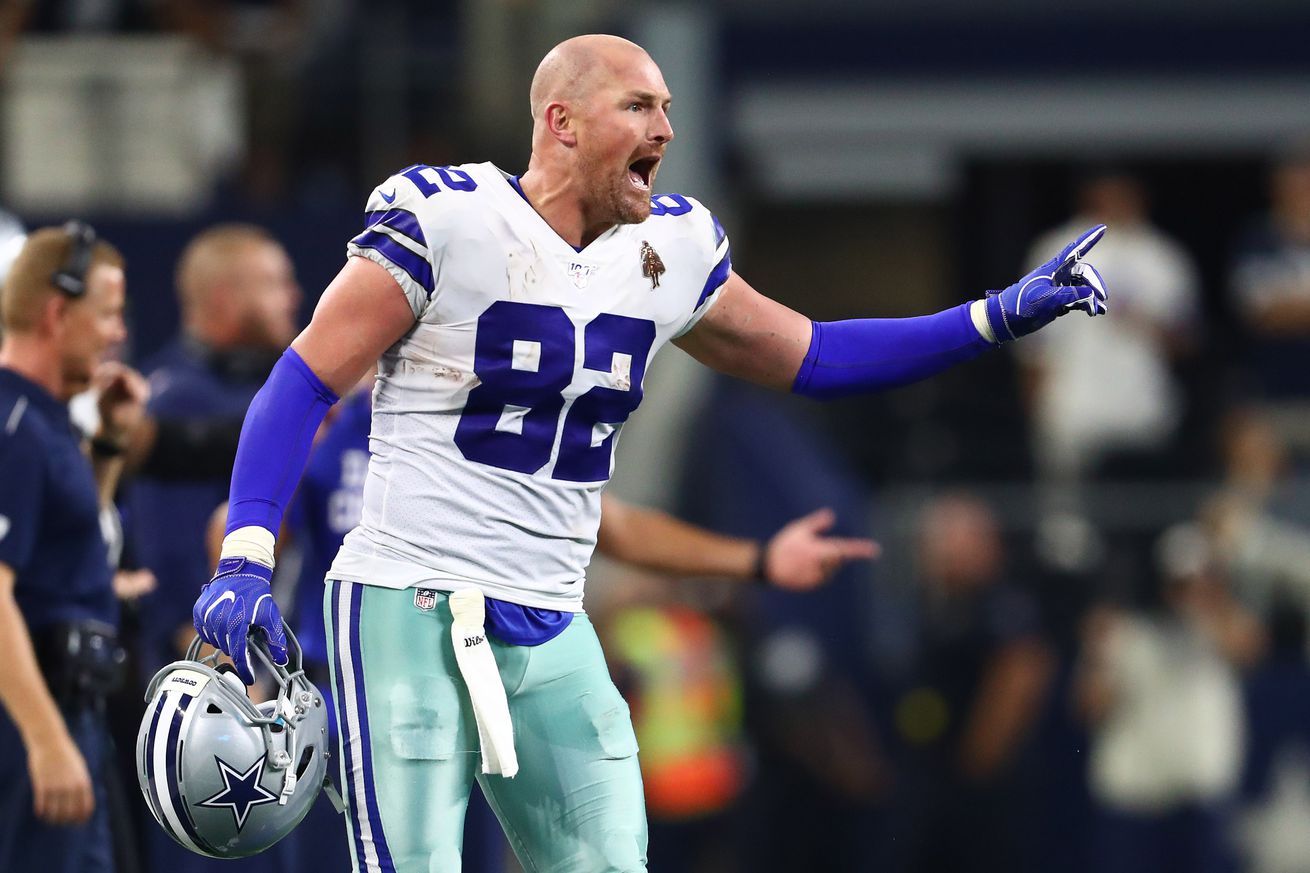 Fellow tight end in the NFL speaks his mind about a former Cowboys player.

We are just about six weeks away from the regular season beginning and the Dallas Cowboys are currently scheduled to play the Los Angeles Rams on Sunday Night Football in Week 1.

Dallas will march forward without a longtime member of the organization in tight end Jason Witten and what is particularly interesting is that they will be doing that for the second time in three years. Witten retired before the 2018 season and jumped to the Monday Night Football booth where things were rocky to say the least, and he un-retired a year ago to re-join the team for a season that was very much worth forgetting.

While there had been speculation that Witten could one day join the Cowboys coaching staff, the organization underwent a massive re-shaping this offseason and is now led by Mike McCarthy. Ultimately they decided not to bring back Jason Witten the player or pursue Jason Witten the coach.

Gold Jacket Witt seems intent on playing football this season and will do so for the Las Vegas Raiders (the idea of that sentence would have sounded like something purely fictional just a few years ago). We got our first look at him in his new uniform this week, it was unsettling, but that wasn’t the last time his name popped up in the news.

While Jason Witten is unquestionably one of the greatest players in Dallas Cowboys franchise history, he will undeniably be in the Pro Football Hall of Fame one day, not everybody he has worked with has felt total peace and love as a result of their experience with him.

You will recall that former Cowboys tight end Martellus Bennett, who’s brother Michael played for the Cowboys last year and retired this offseason, had some choice words about Witten four years ago. Bennett noted that Witten appeared selfish and unwilling to help him. Incidentally, Bennett would go on to win the Super Bowl with the New England Patriots shortly after his comments about Witten.

That Super Bowl win for New England came against the Atlanta Falcons (obligatory 28-3 joke) who featured a prominent rookie tight end named Austin Hooper. Fast forward to 2020 and Hooper is a highly-paid tight end on the Cleveland Browns, who just so happen to be the team that David Njoku plays for.

Why is that relevant? About a month ago it was reported that the Cowboys were among the teams interested in trading for Njoku, who had expressed a desire to leave the team after they signed the aforementioned Hooper. It appears as if there is peace among tight ends with the Browns, but what does all of that have to do with Jason Witten?

On Thursday it was reported that, regarding his relationship with David Njoku, Austin Hooper said he would be amicable and helpful towards him. He specifically said that he would not be like Jason Witten.

“My style, I’ve never really been a rah-rah guy at all,’’ he said. “I just kind of like to lead by example, and if people have questions, I will answer them. I am an open book. I don’t try to hoard information. I don’t like doing the whole (Raiders TE) Jason Witten deal where it is me versus everyone else in the tight end room. I think it is more like we are all in this together. (TEs) David (Njoku), Harrison (Bryant), Stephen (Carlson), Pharaoh (Brown), Nate (Wieting), we are all in this together.

“I look at it as just like a big family in our room. We all have one common goal, and that is to win our reps. However someone does it a certain way, that resonates with someone else’s learning process better. I think just like any other workplace, it’s better when it is collaborative and not combative. That’s what I try to bring to the room and let everybody know that yeah, I’m one of the older guys in this room, but don’t feel like I’m not approachable. I’m and open book. I want to see people do well.”

Obviously Austin Hooper does not have any direct experience with how Jason Witten operated as the top tight end for the Dallas Cowboys, but people around the NFL talk. It is very possible that the perception shared by Martellus Bennett back in 2016 is one that traveled across the league to other players at the position. But on the subject of people talking, it should be mentioned that Hooper was teammates on the 2015 Stanford team with current Cowboys tight end Dalton Schultz.

Perhaps Hooper is just of that mindset because of the fact that it was reported that way four years ago though, we simply do not know. It is absolutely true that Witten seemingly wore out his welcome with a lot of fans last year as the perception became that his own wants and wishes for individual success inhibited the team’s overall potential with someone else in that spot, but again that is all hard to prove one way or the other.

What do you think about what Austin Hooper had to say?