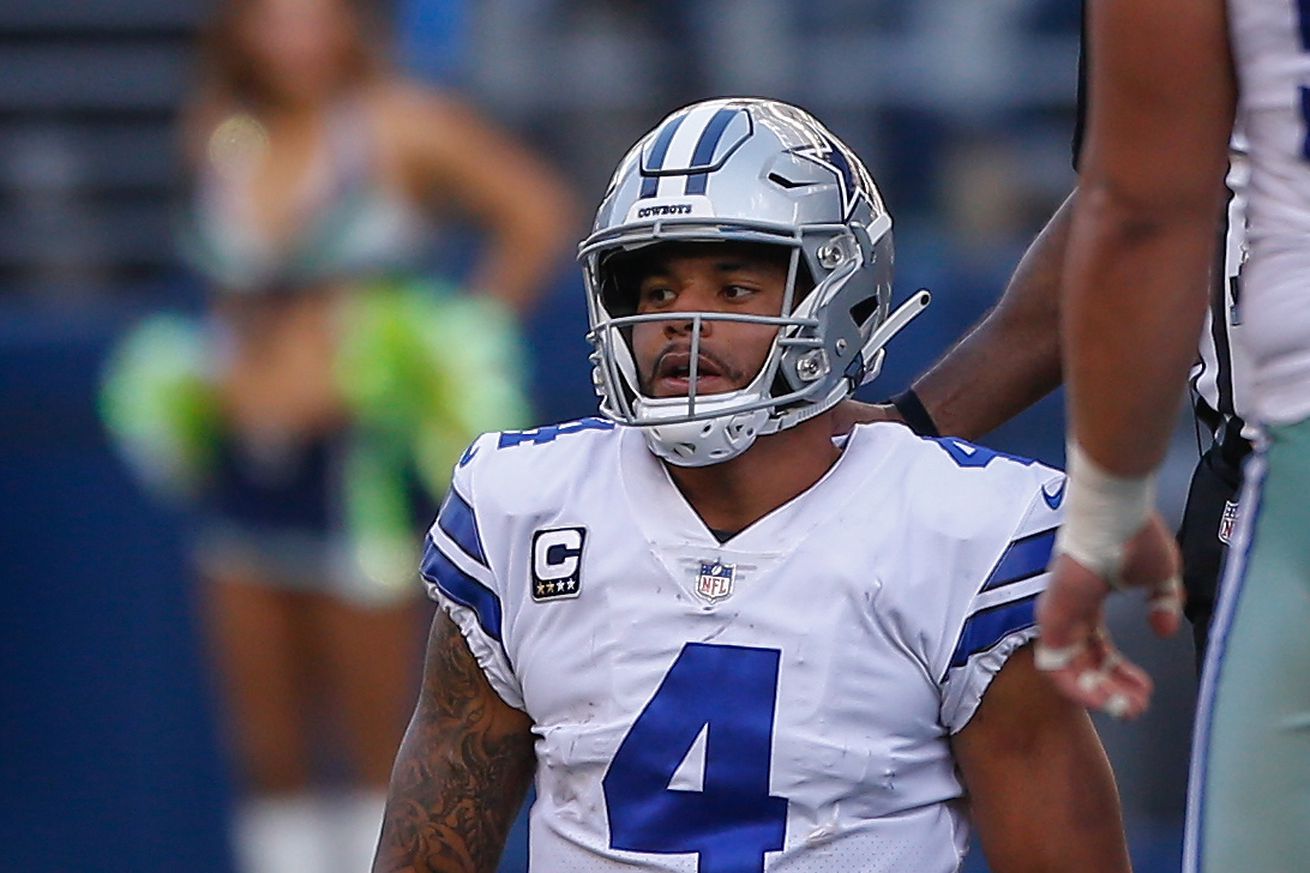 The Dallas Cowboys had a disappointing season last year. The offense led the league in yards, and were even in the top 10 in yards allowed from the defense. They were loaded with talent, but when the dust settled on the 16-game season, there they were sitting with an 8-8 record. Make no mistake about it, the team under-performed.

So, out with the old head coach Jason Garrett, and in with the more exciting new head coach Mike McCarthy. If we compared these two coaches over the eight seasons where both of them were head coaches in the NFL, we’d expect McCarthy’s Green Bay Packers to produce better results as they have been more successful in terms of winning games. Looking closely at DVOA (which evaluates every single play and compares them against the rest of the league), how do these two coaches actually fare?

Again, nothing real surprising here, but it paints a pretty good picture as to what has been going on with each of these teams. Some key things to take out of this:

This tells us that the McCarthy’s Packers were doing things better than Garrett’s Cowboys when put in similar situations of the game against similar caliber opponents.

Looking past the records, the numbers are telling, and it probably doesn’t come as that much of a surprise to some who have felt like the Cowboys have been spinning their wheels for the better part of a decade. This should make fans happy about the change; however, it should be noted that despite an 8-8 record, the Cowboys are coming off a strong season in terms of DVOA (ranking sixth overall), especially on offense where they ranked second in the league.

The Cowboys had the third-best rushing DVOA (yes, running backs matter) and the fifth-best passing DVOA in the league last season. It seems criminal that the offense was so fantastic, yet the Cowboys finished with a middling 8-8 record. You can thank a 19th ranked defense and 30th ranked special teams for that.

Those things are flashing lights for what the team needs to fix, but we don’t want to deflect the blame on them entirely. Despite how awesome the Cowboys offense was overall, we shouldn’t look past how they came up short during critical points of the season. DVOA suggest the Cowboys had a great season, and in actuality, the perception would look considerably different had it not been for a few drives. Well, nine drives in fact…

Dallas had 9 potential game-tying or go-ahead 4th-quarter drives across 4 games against playoff teams last year, all losses. The Cowboys scored just 6 points on those drives (2 FG). They had the most such drives without a touchdown of any team last year.

We all had a front row seat to these drives in question and understand that their performance in this situations had a detrimental effect on the outcome of the season. If a play would’ve ended up being slightly different here or there, it would’ve been the Cowboys and not the Philadelphia Eagles that would’ve won the NFC East and advanced to the playoffs.

And while it’s more comforting to just blame Garrett for the sudden ineptitude of the offense in those situations, that’s a little short-sighted. A close look at those games reveal quite a few things about those situations:

These factors played a part in the failure to get into the end zone on those drives, but there is one other element that some people don’t seem to want to talk about – Dak Prescott didn’t play that well.

In three of those games mentioned, Prescott never threw a touchdown pass. And it just so happens that those were the three lowest QB rating games of the season for him. This isn’t to nitpick and point out that throws behind the receiver stalled drives forcing them to punt or missing a streaking Tavon Austin wide open down field proved costly. But those things did happen and it’s fair to acknowledge it. It’s also important to understand that some of Prescott’s weaknesses still come into play at times.

Dak does a lot of things well. In fact, we listed them for you last month. But there are things he still needs to work on. One of those things is his tendency to chicken out on the money down. Over the past two season, Prescott has the seventh highest checkdown percentage on third downs. For whatever reason, Dak is playing too conservative in these situations. This isn’t something we can blame on Garrett or even Kellen Moore who’s calling the plays. These are in-the-moment decisions from Prescott.

And it’s these decisions that should still be worrisome to Cowboys fans. When things are going well, and the routes are crisp where there’s a clean throwing lane, Prescott is a good passer. But when he has to go through his progressions, things start to become a little more unpredictable. Over the past two seasons, only three quarterbacks have a higher drop off in grade from first-read to non-first read throws. This is not good company to be in.

Prescott made great strides last season, and there is no reason to believe that he won’t improve in these areas as well. But if this team is going to move on to something special, it’s going to take Dak making those plays. He is, has been, and will continue to be the most influential factor in determining the success of the Cowboys. Hopefully, a McCarthy influence will help aid Prescott in his decision making, but ultimately it’s still on Dak.