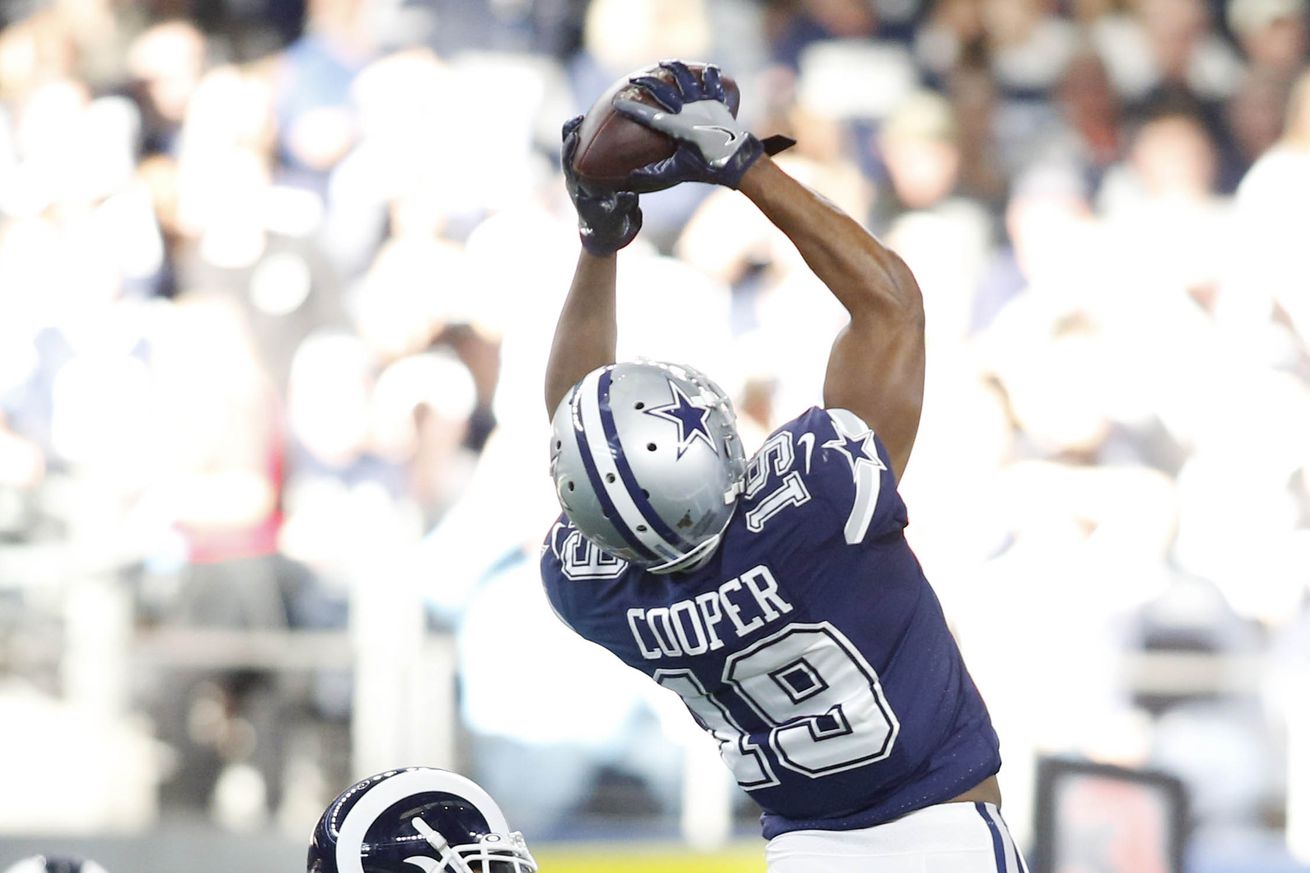 Amari Cooper is a top 10 WR according to PFF.

Another week, another offseason list that ranks out some of the best players at their respective positions. This week, PFF took a dive into the NFL’s best wide receivers to provide us with their ranking of the top 25 wide receivers heading into 2020. The Cowboys had one of their big receivers make the list and he ended up falling just inside the top 10.

Amari Cooper lands at number nine on PFF’s rankings. Here’s what Anthony Treash of PFF had to say about Cooper and the impact he’s had on the Dallas offense:

Cooper has helped transform Dallas’ passing attack since arriving in the midst of the 2018 season. In his time as a Cowboy, he has produced the ninth-best receiving grade in the NFL and 2.2 yards per route run, which ranks tied for seventh. Cooper routinely gets open downfield for Dak Prescott — his 39 targets of 10-plus yards downfield in which he had a step or more of separation are the fifth-most by an outside receiver since he joined the team. Dallas ranks fourth among the 32 teams in expected points added per pass in that span, and Cooper is a big reason why.

Treash’s analysis shows just how important Amari Cooper has been to the Cowboys, but also suggests just how good the Cowboys passing attack has been since he arrived from the Raiders in 2018. There’s no doubt that Cooper’s presence has been very impactful for the Cowboys offense, and along with the continued development of Michael Gallup, Dak Prescott, and now with the addition of CeeDee Lamb, these offensive rankings should improve more in the future.