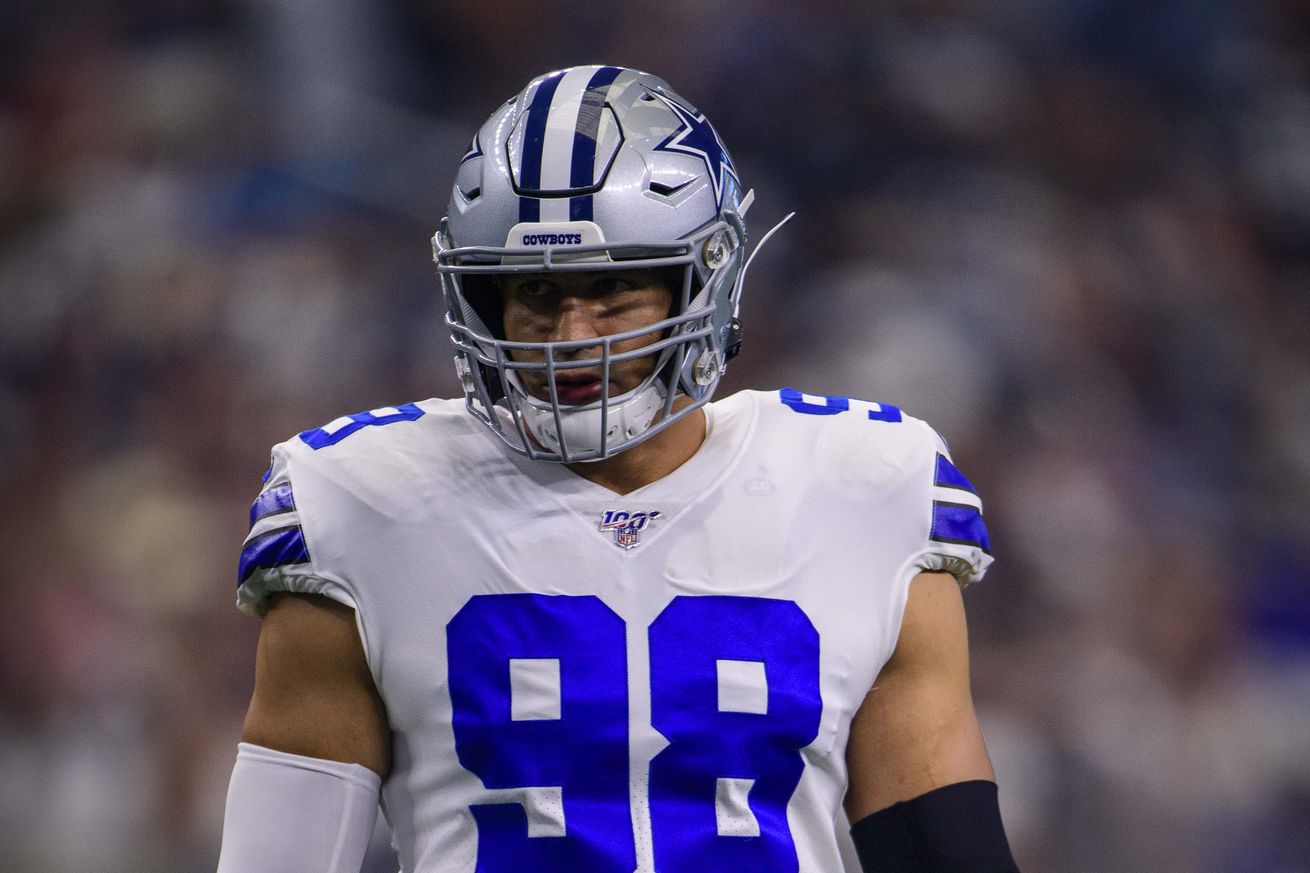 Day 1 of real practices is in the books at Cowboys training camp.

Friday was the first day that the 2020 Dallas Cowboys had a real practice together. The delay in getting real practices together was obviously due to the pandemic, and the way training camp is covered is also very different than ever before.

There is a limited number of reporters at every training camp across the league and there are strict rules on what can and cannot be shared. We have gathered a variety of tweets that encompass what happened at the first Cowboys shell practice of the season.

Tyrone Crawford has been taken off of PUP

This is very good news to hear. Tyrone Crawford has been taken off of the PUP list and what’s more is that he apparently got some work in at defensive tackle.

Tyrone Crawford has been taken off the PUP.

Not only is Tyrone Crawford off of PUP, it looked like the Cowboys used him at DT some in today’s limited practice. Antwaun Woods & Trysten Hill also seemed to have productive days.

It sure would be nice to see CeeDee Lamb practicing in his Cowboys gear, but do your best to imagine a one-handed grab from him. He apparently went left on it, a reminder the team’s last number 88, Dez Bryant, was left-handed.

CeeDee Lamb opened at slot receiver and he is breathtaking. He simply runs, walks and does everything like a game breaker. He looks good in 88 and scary. He did have a fumble after a catch. Never saw that against Texas at the Cotton Bowl….sigh

What’s more is Lamb was working on fielding punts. Dak Prescott said during his press conference on Wednesday that he overheard Lamb talking about how much he enjoyed special teams, we’ll see how much he’s used there moving forward.

La’el Collins did not practice

RT Lael Collins didn’t practice. So Wyatt Miller went with the first team. Cam Erving was not at practice

Donovan Wilson just continues to make plays. I have no idea why this man can’t get on the field. He had a pick of a Dak Prescott pass during team drills.

Aldon Smith made a play as well

#Cowboys pass-rusher Aldon Smith – out of the NFL since 2015 – took first-team reps at eight defensive end and batted a Dak Prescott pass into the air that was nearly intercepted.

There is no record of any Cowboys quarterback wearing a red practice jersey that I have ever been able to find. Two years ago I asked Pro Football Hall of Famer Gil Brandt why they never wore them, and he said that they just didn’t and he didn’t know why. That has changed in 2020.

A noticeable change for the Cowboys quarterbacks at practice: Dak Prescott, Andy Dalton, Clayton Thorson and Ben DiNucci are in red jerseys. Would love to show a photo but media not allowed to take cell phone pics.

Also it seems Dak Prescott might be using a visor on his helmet.

VERY different. mainly because the Cowboys’ QBs are now wearing red practice jerseys. and Dak seems to have added a clear visor to his helmet.

as far as his play, he looked fine. some nice throws. had an INT. standard training camp stuff. https://t.co/Xl8syuHzFD

We haven’t heard from too many people as it relates to the Cowboys, but on Friday morning safety Ha Ha Clinton-Dix spoke with the media over the phone.

Cowboys S Ha Ha Clinton-Dix on rookie CB Trevon Diggs, a fellow Alabama product: “He’s very long. He’s very confident. … He knows how to do it and wants to do it.”

Ha Ha Clinton-Dix on Dak Prescott: “I’ve played this guy four or five times. I know what he’s capable of doing. He’s the leader of our offense. He’s very passionate. He loves the game. I’m just grateful to be here.”

There is a new drill for the offensive linemen

We have seen some interesting drills over the years from different position coaches. Apparently we are at the point where the offensive linemen need to work on ball security. You never know!

A drill new to this coaching staff: Offensive linemen high-pointing a ball then tucking it as each runs through gauntlet of teammates reaching out to swipe it.

We are all navigating our new normal as best as we can. These updates are exciting and have us all itching for the real thing. While things remain a bit tentative we should have the annual blue and white scrimmage in a couple of weeks, and that is about the halfway point between now and the regular season.