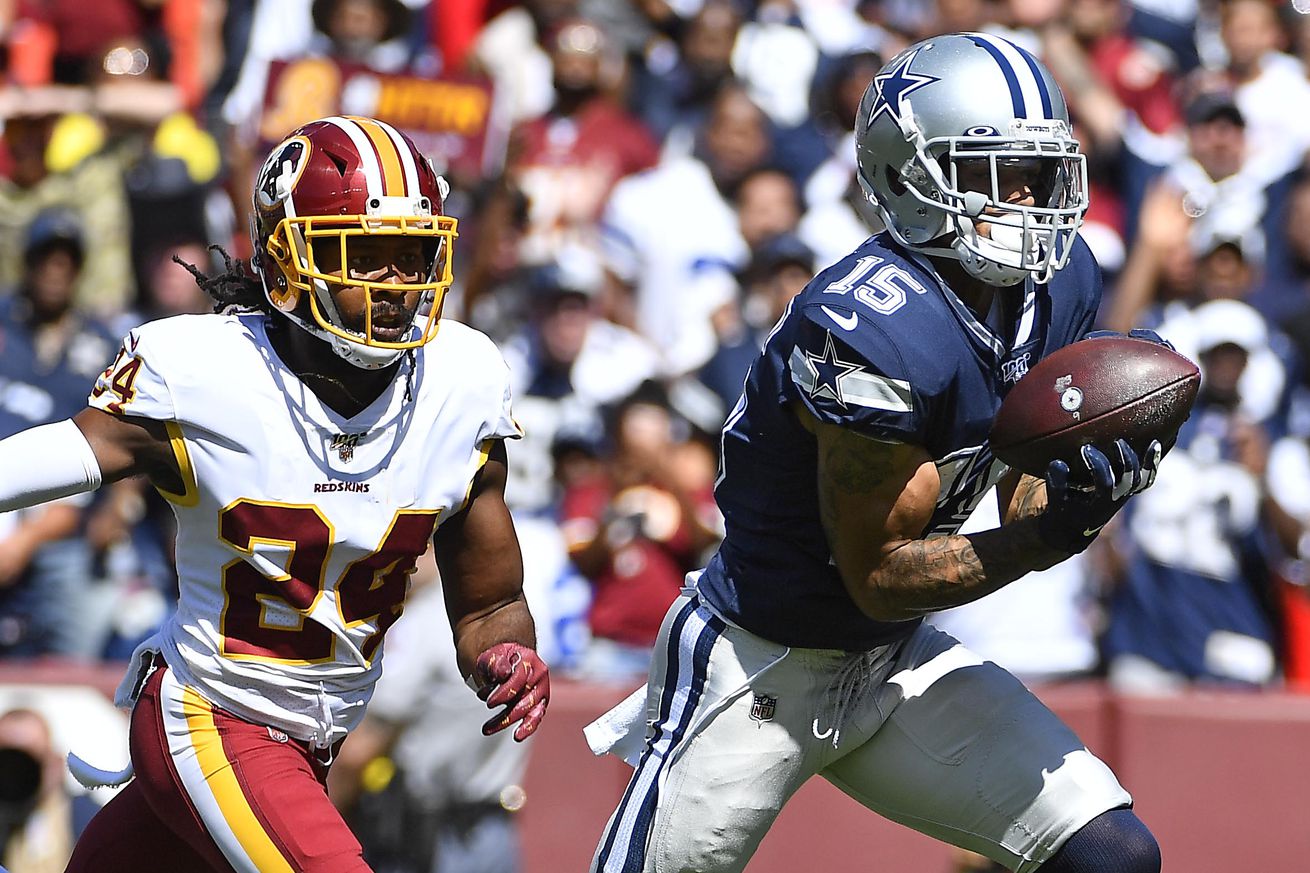 How will the wide receiver battle shake out?

Currently, the Dallas Cowboys have 10 wide receivers on their roster. The top three get all the hype as it should be. Four-time Pro-Bowler Amari Cooper, third-year up-and-comer Michael Gallup, and rookie stud CeeDee Lamb make up arguably the most talented receiving trio in all of football.

With three receivers that talented, it’s hard to believe many throws will be going in the direction of other wideouts this season. But as we’ve seen in the past, depth at the receiver position is important.

Last year, Amari Cooper battled injuries all throughout the season. Michael Gallup missed two games at the beginning of the season with a knee injury, and despite the hype CeeDee Lamb may take a minute to adjust to the NFL. Things happen throughout the course of a season, and the Cowboys will need at least two guys to step up and be reliable in case of an emergency.

Just who those guys will be is where things get interesting. If you take away the star-studded trio, the seven remaining receivers on the Dallas roster have a total 16 years of experience in the NFL. Five years come from the oldest member of the group, Devin Smith, and four come from injury-riddled Noah Brown.

Smith and Brown, along with third-year man Cedrick Wilson, are the likely front-runners for the Cowboys fourth wide receiver spot. Smith was the only of the three to have any real game impact last season. In Week Two against Washington, Smith caught a game-tying, 51-yard touchdown pass from quarterback Dak Prescott.

After Gallup went down with an injury in Week Three, Smith was given playing time the following week against New Orleans. It did not go well.

According to Pro Football Focus, in 46 total snaps, Smith received an overall offensive grade just north of 50 at a 50.6. After his poor outing in New Orleans, Smith was not active for another game the rest of the season.

Cedrick Wilson, the former sixth-round pick, followed Smith’s path of having just one solid game. Against the Jets in Week Six, Wilson caught five passes for 46 yards. After that game, we saw him on the field just two more times. One of those times was a Week 14 matchup against the Chicago Bears where he suffered a season-ending knee injury.

Cedrick Wilson pulls down the 3rd down catch from Dak Prescott.

Really nice placement by Dak and a nice job to make the catch by Wilson. #DallasCowboys pic.twitter.com/CVTDQ9mUlv

Noah Brown, the final of the three, actually has the most game experience. In his three-year career, Brown has appeared in 21 games. That is despite missing the entire 2019 season with an injury. When he’s been on the field, Brown has clearly been the most productive of the three. Standing at 6’2, 225 lbs, Dallas was able to use him as almost a hybrid tight end/wide receiver due to his size.

Here is a video of every reception by #Cowboys WR Noah Brown in preseason and in the regular season: pic.twitter.com/mCNXcHqbfl

After the three with more than one year of NFL experience, you get to Jon’Vea Johnson, Tevin Jones, Ventell Bryant, and Aaron Parker. Only two of the wideouts, Bryant and Jones, have played a regular-season snap in their NFL career.

Bryant actually played a fair amount of snaps last season, 223 on the year, but he served more as a special teams guy as just 20 of those were offensive snaps. Jones and Parker are entering their first season with the Cowboys, while Johnson was on the Cowboys’ practice squad last season.

Nice poise in the pocket and perfectly thrown ball to Jon’Vea Johnson, who does a nice job keeping his feet in bounds. pic.twitter.com/AtlMo2nC1H

With everything considered, who has the edge? Well, the lack of a preseason may play a large role in the decision of the new coaching staff. Preseason games, especially for young receivers, are extremely important. It’s hard to evaluate what a receiver is doing in practice versus at real game speed. You need to know when the lights come on that they can do the same thing they did on the practice field.

This particularly does not bode well for the young guys, especially Tevin Jones and Aaron Parker. They have not had any experience in the Cowboys’ system, and now have to impress enough to make the team with no real game action. Johnson is a little different because Dallas did see him in live-action last preseason.

Brown and Wilson should have roster spots close to locked up. Brown is a guy who offensive coordinator Kellen Moore can find a role for in his offense and the Cowboys are very familiar with him, while Wilson has the true versatility to play inside in the slot or outside. Adding Brown and Wilson to the top three gives you five wideouts, probably room for one more.

The battle for the possible final spot really comes down to Smith, Bryant, and Johnson. Smith is the only one who has made any offensive impact in a game, but Bryant has a big edge in one area over the former Buckeye. His ability to play special teams. As mentioned, Bryant played a large number of special teams snaps towards the end of the season and was fairly good at it. Smith clearly did not play for a reason last season, and not playing and not contributing on special teams is a waste of a bottom of the roster spot.

If Dallas kept Bryant, Brown, and Wilson as their bottom three, all three have versatility and can play important special teams roles. Jon’Vea Johnson is a talented guy, and the Cowboys will try to practice squad him again, but it’s just going to be very hard without a preseason to prove you deserve a roster spot over the other players.

At the end of training camp, look for these to be the receivers they take into Week One against the Rams.